It is commonplace for hotels in Chinese provincial cities to put up clocks on the reception wall with the time in major capitals. But at the Tianxiu Hotel in Guangzhou, there are some less familiar names alongside the time in Beijing and New York – Cairo, Brazzaville and Bamako.

Guangzhou, the biggest city in southern China, has been one of the centers of the manufacturing boom in China over the past two decades. Yet in the past few years it has also become a magnet for traders from Africa looking to tap the seemingly endless supply of cheap products made in the region. One small neighborhood in the city has gradually come to be dominated by African migrants and many now operate businesses in a 27-story tower block called the Tianxiu Mansions, where the hotel is located. The Africans, many from Francophone countries, work as either middlemen for visiting traders from the region or operate their own export businesses.

Everything imaginable is for sale in bulk at the Tianxiu Mansions, from motorbikes and building materials to fake Armani suits and iPhones. Sherif Cisse, a 22-year-old from Guinea, came to Guangzhou two years ago and now helps run a small shop that sells jeans and T-shirts. He says he was delighted when he got the visa to come to China and managed to raise enough money for

However, while China has gradually come to be seen as a beacon of potential wealth for some Africans of his generation, the reality of business in Guangzhou has been much harder than he expected. “I do not have contacts direct with the factories,” he says, “so I have to go through Chinese middlemen in order to get hold of goods. That makes it much harder to actually make any money.” In the first few months, he paid upfront for goods that were not exactly what he had asked for. “You have to check everything, over and over again,” he says.

There are also plenty of Chinese suppliers looking to sell directly to African traders with products specifically designed for their markets. Bett Hair Fashion, a company based in the central Chinese province of Henan, has an outlet in the Tianxiu building selling wigs and hairpieces with names such as Afro Curl and Jumbo Braid. “The factories around here can make pretty much anything you ask them to make, all they need is a sample,” says He Yongjie, one of the company’s salesmen.

Some of the African businessmen have only recently left their home countries. Others, however, are itinerant travellers who have decided that Guangzhou is the place to be at the moment. Diarra Monzon from Mali spent 10 years in Thailand before moving to China two years ago. He now has a small shop that sells textiles with African patterns and cosmetic products, especially skin whitening creams. “The quality is not always as good here as it is in other parts of Asia,” he says, “but prices are a lot, lot cheaper in China.” He broke off the conversation to order some evening food from a company called ‘Rotisserie Africaine’. “It is run by people from my country and they deliver to my home,” he says. “We can get lots of home comforts here now.”

Geoff Dyer was made Beijing Bureau Chief in May 2008. He had previously been the Shanghai correspondent at the Financial Times, appointed in 2005. Geoff joined the FT in 1994 and has been the pharmaceuticals and biotechnology

correspondent, Brazil correspondent and a companies reporter. He is author of ‘Contest of the Century’ on US and China rivalry (Knopf Feb. 2014) 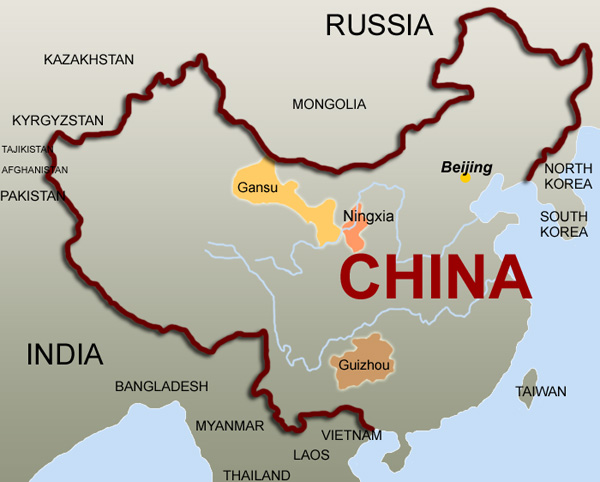