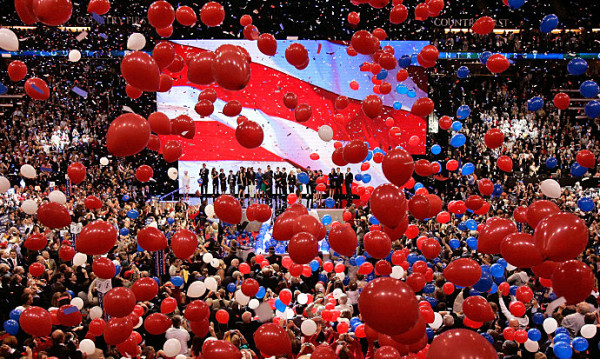 The billions, which could be spent rebuilding the nation’s crumbling infrastructure, improving schools, or reducing the scourge of malaria in Africa, will instead be squandered in a heinous free-for-all of slander and personal destruction, alienating voters as never before.

The media will inevitably focus on the personalities of the bloated roster of narcissists lusting after the White House, but scant attention will be paid to the Wall Street bankers, industrial polluters, and casino magnates whose grip on American democracy will remain vise-like.

While attention this weekend turns to the Democrats, the Republicans remain quietly confident about their chances of purchasing the nation’s highest office. In the words of one top operative, “Our billionaires can beat their billionaires.”