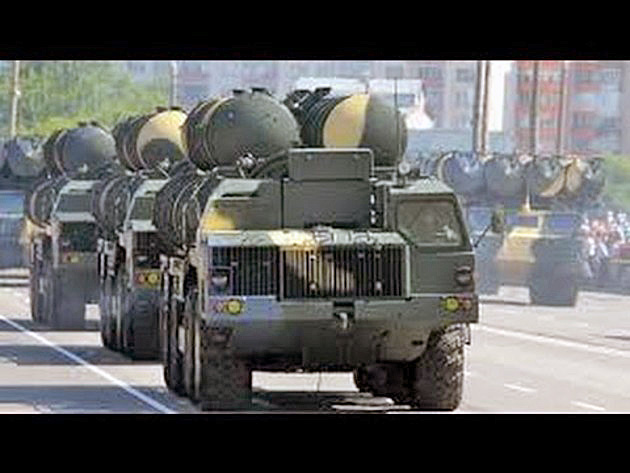 • Russia signed the $800 million contract to sell Iran the S-300 missile system in 2007, but suspended the delivery in 2010 following objections from the US and Israel.

Russia’s move came on Monday in the wake of the nuclear understanding arrived at between Iran and the six world powers.

The world powers, including the US and Russia, are set to arrive at a final deal with Tehran to restrain its nuclear programme by a June 30 deadline.

Russian President Vladimir Putin signed a decree to remove a ban on “the shipment from Russia to Iran” of the S-300 missiles.

US Secretary of State John Kerry objected to Moscow’s decision in a phone call to Russian Foreign Minister Sergey Lavrov. The White House indicated the move could endanger plans to ultimately lift sanctions on Iran as part of a final nuclear deal.

White House press secretary Josh Earnest said unity and coordination with nations like Russia is critical to the success of the Tehran negotiations.

Washington has said Moscow played a constructive role in the Iranian nuclear talks, despite sharp differences between Russia and the West over Ukraine.

“Our opposition to these sales is long and public. We believe it’s unhelpful,” Pentagon spokesman Colonel Steve Warren told reporters in Washington.

“We are raising that through the appropriate diplomatic channels,” he added.

Israeli Intelligence Affairs Minister Yuval Steinitz said that Kremlin’s decision was a “direct result” of the framework agreement reached between the six world powers and the Iranian regime.

“This is a direct result of the legitimacy that Iran is obtaining from the deal being woven with it, and it is proof that the economic momentum in Iran that will come after the lifting of the sanctions will be exploited for arming and not for the welfare of the Iranian people,” he said.

Russian Foreign Minister Sergey Lavrov said that in light of the progress in the nuclear talks, there was no longer a need for the ban.

He said: “The S-300 is exclusively a defensive weapon, which can’t serve offensive purposes and will not jeopardize the security of any country, including, of course, Israel.”

Lavrov also stressed Iran’s defense needs. “Taking into account the very tense situation in the surrounding area, modern air-defense systems are very important to Iran,” he said, citing the fighting in Yemen as an example. He said Russia had lost a lot of money by freezing the previous deal.

Russia signed the $800 million contract to sell Iran the S-300 missile system in 2007, but suspended the delivery in 2010 following objections from the US and Israel.

Iran then filed a $4-billion suit at an arbitration court in Geneva over cancellation of the $800 million order by Russia.

The S-300 missile system is able to hit multiple targets at once, and is typically launched from the back of a truck. The missiles can target aircraft and missiles flying more than 16 miles high, according to specifications published by the American Federation of Scientists.