The Kingdom has created a new 10-member supreme council for state-run oil company Saudi Aramco, headed by the Kingdom’s deputy crown prince, according to a statement on Aramco’s website.

“The council is chaired by Prince Muhammad Bin Salman, who is also deputy crown prince, minister of defense, chairman of the Royal Court and special adviser to the Custodian of the Two Holy Mosques,” the statement said. Aramco’s senior vice-president Amin Al-Nasser has been named acting president and chief executive officer until further notice, the company said on its Twitter account on Friday.

The Aramco statement was providing details of the company’s annual meeting in Seoul, South Korea last week. The agenda included a briefing by Oil Minister Ali Al-Naimi “on the recent dissolution of the Supreme Council for Petroleum and Mineral Affairs and the creation of the Supreme Council of the Saudi Arabian Oil Company (Saudi Aramco).” Al Arabiya television channel also said the Supreme Economic Council had approved a restructuring of Aramco that included separating it from the oil ministry. 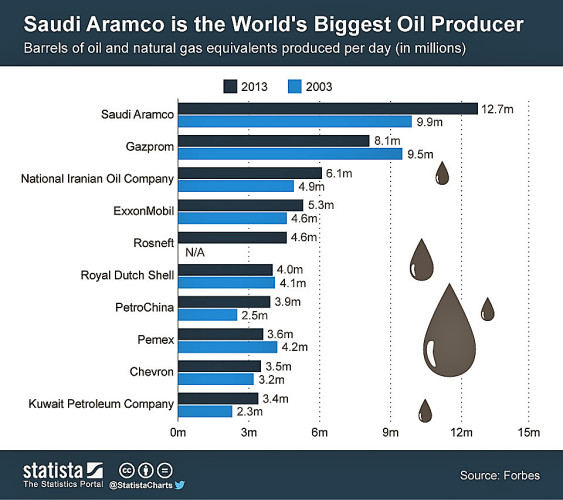 There were no indications that the restructuring will lead to fundamental changes in how the world’s top crude exporter decides its energy policy. On Wednesday Custodian of the Two Holy Mosques King Salman appointed Saudi Aramco’s chief executive Khalid Al-Falih as chairman of the state firm. Falih also becomes health minister under a major reshuffle in the Kingdom.

Separating Aramco from the oil ministry is likely to be only the first step in a shake-up of the oil sector, analysts said. “This decision will bring more flexibility to the company to take decisions on a commercial basis, and keep full financial control,” said Muhammad Al-Sabban, a former senior adviser to Al-Naimi.

Others see the move as possibly paving the way for a member of the royal family to be appointed as the next oil minister to replace 79-year-old Naimi, while leaving Aramco to be run by technocrats. Ehsan Ul-Haq, oil analyst at KBC Energy Economics, said Falih’s shift to the Health Ministry suggests that he might not follow Naimi.

“His appointment to the chairman of Aramco, on the other hand, is only ceremonial,” he said. The Supreme Economic Council is a new body formed by King Salman earlier this year to replace the Supreme Petroleum Council, which used to help set the Kingdom’s oil policy. Earlier this year, King Salman promoted Prince Abdulaziz Bin Salman, long a member of Saudi Arabia’s OPEC delegation, to the role of deputy oil minister from assistant oil minister, a post he had held for many years.

The restructuring of Aramco has also stacked the odds in Abdulaziz’s favor as a possible successor for Naimi, some Saudi sources say. “They are trying to rearrange Aramco and restructure the whole company. They are also trying to restructure the oil ministry and name Prince Abdulaziz as minister of energy,” said an industry insider.

“So that way, Aramco will be totally business oriented not an arm of the petroleum ministry,” the source added.