Ely Ratner and Thomas Wright: The unraveling of the Middle East under the weight of the Sunni-Shiite rivalry and the rise of the Islamic State is enough of a national security challenge to keep the United States busy for a decade or more. But with more and more American advisers on the ground in Iraq — and a steady stream of videotaped atrocities on the Internet — there is a risk that Washington will once again revert to a foreign policy focused disproportionately on that region.

Yes, the United States maintains key interests in the Middle East: Israel’s security, nuclear nonproliferation, stable energy supplies and counterterrorism. But we cannot lose sight of the most significant challenge to American power and leadership in a quarter-century: China and Russia acting like revisionist powers, trying to undermine key elements of the existing international order, including territorial boundaries and long-standing security partnerships. If this challenge is left unchecked, the world could again be divided into spheres of influence, with an ever-present risk of conflict among the major powers.

Since the fall of the Soviet Union, U.S. foreign policy has assumed that major powers largely share common interests and threats — or that they will over time, as emerging powers integrate into the global economy. As a result, policymakers have regarded Asia and Europe as stable and self-sustaining regions relative to the scourge of dictatorship, failed states and transnational threats in the Middle East.

But the great lesson so far this century is that the U.S.-led order is neither as universally accepted nor as binding as many in Washington have assumed. After the global financial crisis threw American leadership into question, Russia and China have increasingly engaged in actions that reflect an attitude of zero-sum competition with the United States. With a mix of hubris and historical grievance, both are redrawing their regions’ maps by grabbing new territory and bullying their neighbors with calibrated exercises of coercion and force.

In Europe, Russia annexed Crimea in the first instance of European irredentism since World War II and invaded eastern Ukraine. The Baltic states are rightly worried that Vladimir Putin may test NATO’s security commitment. In Asia, China has deftly pulled economic, legal and military levers to advance its expansive maritime claims in the South China Sea, and it has worked to erode U.S. alliances by driving wedges between Japan and South Korea while cozying up to other U.S. allies such as Thailand. 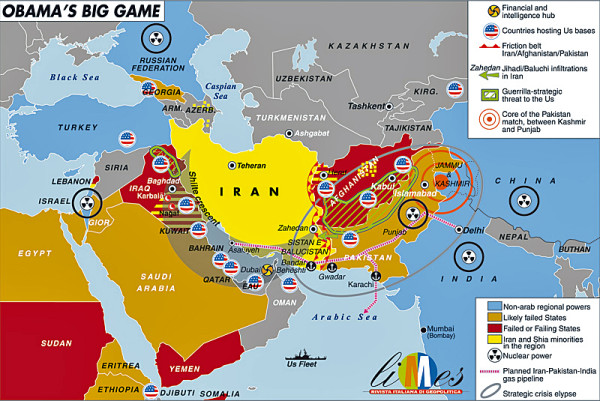 The Economist recently suggested that “fortunately, there is scant evidence to support the idea of a global Chinese effort to upend the international order.” But this should provide little comfort. Historically, most revisionism has begun regionally — including Russia in the 19th and 20th centuries, and even Nazi Germany and imperial Japan in the 1930s. Global consequences came later. Rising powers usually care more about their neighborhoods than far-away continents.

Moreover, there is little solace in arguing that Russian and Chinese revisionism is self-defeating in the long run. From this perspective, the United States should be heartened that Putin’s Russia is in economic and demographic decline and that China’s assertiveness is merely tightening the coalition against it as Australia, India, Japan, the Philippines and Vietnam all seek closer military ties with the United States and one another.

But even if such trends continue, isolated and anxious powers can be just as troublesome as confident ones — precisely because they believe time is not on their side. It doesn’t matter that Putin and Chinese President Xi Jinping may be pursuing bad grand strategies: The costs of their mistakes will reverberate well beyond their borders, just as the world often paid a price for the follies of revisionists past.

The good news is that, unlike Putin’s Russia, China is not committed or destined to a revisionist path. President Obama’s trip to Beijing this month [November 2014] demonstrated that it is possible to steer the relationship with China toward a more stable course — but it required the full attention of the U.S. government, including months of negotiations and shuttle diplomacy by Secretary of State John Kerry and national security adviser Susan Rice.

This is all the more reason Washington can ill-afford another decade narrowly focused on battling insurgents and refereeing sectarian and tribal feuds in the Muslim world. Preventing the rise of revisionism will require different military, diplomatic and economic tools than those honed over 13 years of war and nation-building in Iraq and Afghanistan.

Russia and China present distinct challenges. Russia is a declining power focused on the acquisition of land on a continent that has left nationalism behind. China is a rising power focused on expanding its maritime territory in a regional cauldron of nationalist sentiments. But in both cases the United States will have to focus its policies on maintaining peaceful competition. Obama’s playbook in China was right: Seek to expand areas of cooperation — such as climate change and trade — while pursuing military and diplomatic means to prevent and manage crises.

But equally important will be committing resources to develop new military and economic approaches that better deter and punish revisionist moves. Sanctions have been the weapon of choice against Russia but have not succeeded in altering Putin’s ambitions. In addition to designing more sophisticated economic instruments, the United States must also rethink its approach to military deterrence — including tailoring responses to low-level provocations in the South and East China seas, providing assistance to non-allied governments such as Ukraine and Vietnam if they are excessively coerced, and shoring up U.S. alliances for tests that are surely coming, including deploying NATO troops to the Baltic states and repositioning forces in the Pacific. 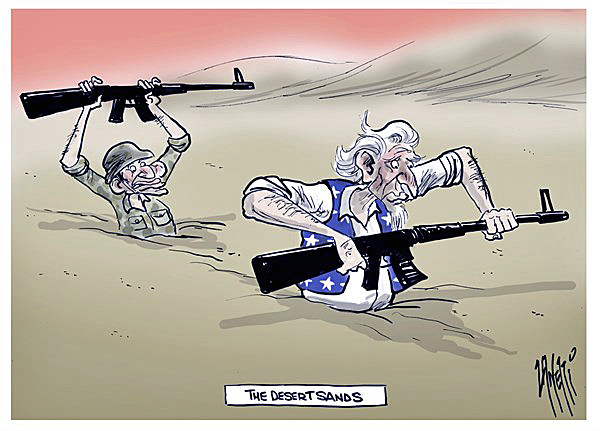 Complementing these military relationships, Washington should regard conclusion of the Trans-Pacific Partnership and its sister trade agreement in Europe as top priorities in order to renew U.S. economic leadership.

Finally, rising to the revisionist challenge will require a degree of national strength that can be sustained only through a thriving economy, a powerful military, and a government and society that are admired by much of the world. This places a premium on improving domestic governance; leveraging America’s advantages in technology, immigration and energy; and enacting sustainable fiscal policies on revenue and entitlements.

The preservation of vital American interests in Asia and Europe is no longer guaranteed if the United States buries its head in the sands of the Middle East.

Dr. Ely Ratner is Senior Fellow and Deputy Director of the Asia-Pacific Security Program at the Center for a New American Security (CNAS). Prior to joining CNAS he served on the China Desk at the State Department as the lead political officer covering China’s external relations in Asia. He has also worked as an Associate Political Scientist at the RAND Corporation and as a Professional Staff Member on the U.S. Senate Foreign Relations Committee.

Thomas Wright is a fellow and director of the Project on International Order and Strategy at the Brookings Institution.Previously, he was executive director of studies at the Chicago Council on Global Affairs, a lecturer at the Harris School of Public Policy at the University of Chicago and senior researcher for the Princeton Project on National Security.