Hopes that Ethiopia’s government would ease its crackdown on dissent ahead of the May 2015 elections were dashed in 2014.

Instead the government continued to use arbitrary arrests and prosecutions to silence journalists, bloggers, protesters, and supporters of opposition political parties; police responded to peaceful protests with excessive force; and there was no indication of any government willingness to amend repressive legislation that was increasingly condemned for violating international standards, including at Ethiopia’s Universal Periodic Review at the United Nations Human Rights Council.

Freedom of Peaceful Assembly: Security forces have harassed and detained leaders and supporters of Ethiopian opposition parties. In July, leaders of the Semawayi (“Blue”) Party, the Unity for Democracy and Justice (UDJ), and the Arena Tigray Party were arrested.  At time of writing, they had not been charged but remained in detention.

The Semawayi Party’s attempts to hold protests were regularly blocked in 2014.  Its applications to hold demonstrations were denied at least three times and organizers were arrested. Over the course of the year, authorities repeatedly harassed, threatened, and detained party leaders. 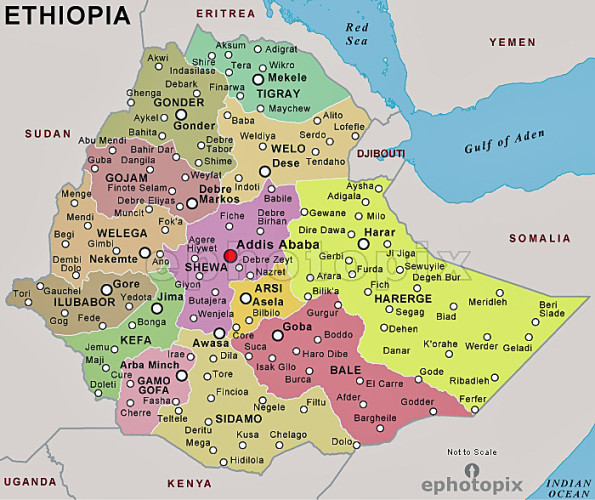 In June, Andargachew Tsige, a British citizen and secretary general of the Ginbot 7 organization, a group banned for advocating armed overthrow of the government, was deported to Ethiopia from Yemen while in transit. The transfer violated international law prohibitions against sending someone to a country where they are likely to face torture or other mistreatment. Tsige had twice been sentenced to death in absentia for his involvement with Ginbot 7.  He was detained incommunicado in Ethiopia without access to family members, legal counsel, or United Kingdom consular officials for more than six weeks. He remains in detention in an unknown location.

Protests by members of some Muslim communities against perceived government interference in their religious affairs continued in 2014, albeit with less frequency. As in 2013, these protests were met by excessive force and arbitrary arrests from security forces. The trials continue of the 29 protest leaders who were arrested and charged under the Anti-Terrorism Proclamation in July 2012.

In April and May, protests erupted in towns throughout the region of Oromia against the planned expansion of Addis Ababa’s municipal boundary into Oromia. Security personnel used excessive force, including live ammunition, against protesters in several cities. At least several dozen people were confirmed dead and hundreds were arrested. Many of them remain in custody without charge.

Restrictions on human rights monitoring and on independent media make it difficult to ascertain the precise extent of casualties and arrests. Foreign journalists who attempted to reach the demonstrations were turned away or detained by security personnel. Ethnic Oromos make up approximately 45 percent of Ethiopia’s population and are often arbitrarily arrested and accused of belonging to the banned Oromo Liberation Front (OLF).

Freedom of Association: The Charities and Societies Proclamation (CSO law), enacted in 2009, has severely curtailed the ability of independent nongovernmental organizations to work on human rights. The law bars work on human rights, good governance, conflict resolution, and advocacy on the rights of women, children and people with disabilities if organizations receive more than 10 percent of their funds from foreign sources. The law was more rigorously enforced in 2014.

In March, Ethiopia was approved for membership in the Extractive Industries Transparency Initiative (EITI), which promotes transparency on oil, gas, and mining revenues, despite the requirement for candidate countries to make a commitment to meaningful participation of independent groups in public debate on natural resource management. Ethiopia’s previous application was denied in 2010 based on concerns over the CSO law.

Freedom of Expression: Media remain under a government stranglehold, with many journalists having to choose between self-censorship, harassment and arrest, or exile. In 2014, dozens of journalists and bloggers fled the country following threats. In August 2014, the owners of six private newspapers were charged following a lengthy campaign of threats and harassment against their publications. According to the Committee to Protect Journalists, Ethiopia is one of three countries in the world with the highest number of journalists in exile.

Since 2009, the Anti-Terrorism Proclamation has been used to target political opponents, stifle dissent, and silence journalists. In July, Ethiopia charged 10 bloggers and journalists known as the Zone 9 Collective under the Anti-Terrorism Proclamation after they spent over 80 days in pre-charge detention.  The charges included having links to banned opposition groups and trying to violently overthrow the government. The bloggers regularly wrote about current events in Ethiopia. Among the evidence cited was attending a digital security training course in Kenya and the use of “security in-a-box”–a publicly available training tool used by advocates and human rights defenders. Due process concerns have marred the court proceedings.

Other journalists convicted under the Anti-Terrorism Proclamation-including Eskinder Nega, Reeyot Alemu, and Woubshet Taye-remain in prison. 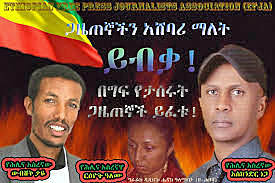 The government continues to block even mildly critical web pages and blogs. The majority of opposition media websites are blocked and media outlets regularly limit their criticism of government in order to be able to work in the country.

The government regularly monitors and records telephone calls, particularly international calls, among family members and friends. Such recordings are often played during interrogations in which detainees are accused of belonging to banned organizations. Mobile networks have been shut down during peaceful protests and protesters’ locations identified using information from their mobile phones. The government has monitored digital communications using highly intrusive spyware that monitors all activity on an individual’s computer, including logging of keystrokes and recording of skype calls. The government’s monopoly over all mobile and Internet services through its sole, state-owned telecom operator, Ethio-Telecom, facilitates abuse of surveillance powers.

Abuses of Migrant Workers: Hundreds of thousands of Ethiopians continue to pursue economic opportunities in Saudi Arabia, Yemen, Bahrain, and other Gulf countries, risking mistreatment from human traffickers along the migration routes. In Yemen, migrants have been taken captive by traffickers in order to extort large sums of money from their family members. In late 2013 and early 2014, hundreds of thousands of migrant workers, mainly Ethiopians, were detained and deported from Saudi Arabia to Ethiopia. Saudi security forces and civilians attacked Ethiopians, prompting restrictions on migration to certain countries.

Forced Displacement: Both the government of Ethiopia and the donor community failed to adequately investigate allegations of abuses associated with Ethiopia’s “villagization program.” Under this program, 1.5 million rural people were planned to be relocated, ostensibly to improve their access to basic services. Some relocations during the program’s first year in Gambella region were accompanied by violence, including beatings, arbitrary arrests, and insufficient consultation and compensation.

A 2013 complaint to the World Bank’s Inspection Panel from Ethiopian refugees, the institution’s independent accountability mechanism, continues to be investigated. Ethiopian refugees alleged that the bank violated its own policies on indigenous people and involuntary resettlement in the manner a national program was implemented in Gambella. In July, a UK court ruled that allegations that the UK Department for International Development (DFID) did not adequately assess evidence of human rights violations in the villagization program deserved a full judicial review. The judicial review had yet to be heard at time of writing.

Ethiopia is continuing to develop sugar plantations in the Lower Omo Valley, clearing 245,000 hectares of land that is home to 200,000 indigenous people. Indigenous people continue to be displaced without appropriate consultation or compensation. Households have found their grazing land cleared to make way for state-run sugar plantations, and access to the Omo River, used for growing food, restricted. Individuals who have questioned the development plans face arrest and harassment. Local and foreign journalists have been restricted from accessing the Omo Valley to cover these issues.

Key International Actors: Ethiopia continues to enjoy unquestioned support from foreign donors and most of its regional neighbors, based on its role as host of the African Union (AU); its contribution to UN peacekeeping, security and aid partnerships with Western countries; and its stated progress on development indicators.

Its relations with Egypt are strained due to Ethiopia’s construction of the Grand Renaissance Dam, which will divert water from the Nile and is due to be completed in 2018. In 2014, Ethiopia negotiated between warring parties in South Sudan, and its troops maintained calm in the disputed Abyei Region. Ethiopia continues to deploy its troops inside Somalia; they were included in the AU mission as of January.

Ethiopia is one of the largest recipients of donor aid in Africa, receiving almost US$4 billion in 2014, which amounted to approximately 45 percent of its budget. Donors remain muted in their criticism of Ethiopia’s human rights record and took little meaningful action to investigate allegations of abuses. Donors, including the World Bank, have yet to take the necessary measures to ensure that their development aid does not contribute to or exacerbate human rights problems in Ethiopia.

Ethiopia rejected recommendations to amend the CSO law and the Anti-Terrorism Proclamation that several countries made during the examination of its rights record under the Universal Periodic Review in May.