“Mankind faces a crossroads,” declared Woody Allen. “One path leads to despair and utter hopelessness. The other, to total extinction. Let us pray we have the wisdom to choose correctly.”

The point is simple: In life, what matters most isn’t how a decision compares to your ideal outcome. It’s how it compares to the alternative at hand.

The same is true for the Iran deal, announced Tuesday between Iran and six world powers. As Congress begins debating the agreement, its opponents have three real alternatives. The first is to kill the deal, and the interim agreement that preceded it, and do nothing else, which means few restraints on Iran’s nuclear program. The second is war. But top American and Israeli officials have warned that military action against Iranian nuclear facilities could ignite a catastrophic regional conflict and would be ineffective, if not counterproductive, in delaying Iran’s path to the bomb. Meir Dagan, who oversaw the Iran file as head of Israel’s external spy agency, the Mossad, from 2002 to 2011, has said an attack “would mean regional war, and in that case you would have given Iran the best possible reason to continue the nuclear program.” Michael Hayden, who ran the CIA under George W. Bush from 2006 to 2009, has warned that an attack would “guarantee that which we are trying to prevent: an Iran that will spare nothing to build a nuclear weapon.” 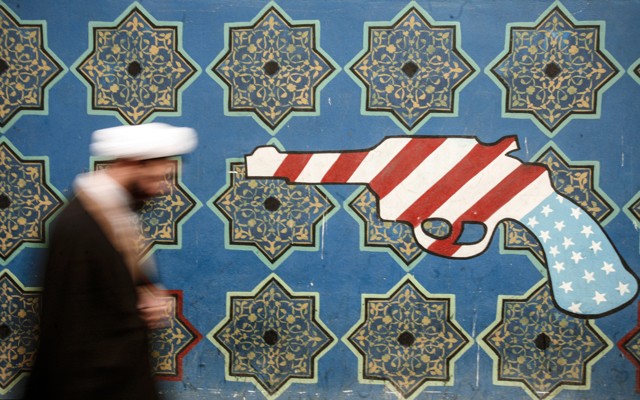 Implicitly acknowledging this, most critics of the Iran deal propose a third alternative: increase sanctions in hopes of forcing Iran to make further concessions. But in the short term, the third alternative looks a lot like the first. Whatever its deficiencies, the Iran deal places limits on Iran’s nuclear program and enhances oversight of it. Walk away from the agreement in hopes of getting tougher restrictions and you’re guaranteeing, at least for the time being, that there are barely any restrictions on the program at all.

What’s more, even if Congress passes new sanctions, it’s quite likely that the overall economic pressure on Iran will go down, not up. Most major European and Asian countries have closer economic ties to Iran than does the United States, and thus more domestic pressure to resume them. These countries have abided by international sanctions against Iran, to varying degrees, because the Obama administration convinced their leaders that sanctions were a necessary prelude to a diplomatic deal. If U.S. officials reject a deal, Iran’s historic trading partners will not economically injure themselves indefinitely. Sanctions, declared Britain’s ambassador to the United States in May, have already reached “the high-water mark,” noting that “you would probably see more sanctions erosion” if nuclear talks fail. Germany’s ambassador added that, “If diplomacy fails, then the sanctions regime might unravel.”

The actual alternatives to a deal, in other words, are grim. Which is why critics discuss them as little as possible. The deal “falls apart, and then what happens?” CBS’s John Dickerson asked House Majority Leader John Boehner on Sunday. “No deal is better than a bad deal,” Boehner replied. “And from everything that’s leaked from these negotiations, the administration has backed away from almost all of the guidelines that they set out for themselves.”
In other words, Boehner evaded the question. The only way to determine if a “bad deal” is worse than “no deal” is to consider the latter’s consequences. Which is exactly what Boehner refused to do. Instead, he changed the subject: Rather than comparing the agreement to the actual alternatives, he compared it to the objectives that the Obama administration supposedly outlined at the start of the talks.

After a commercial break, Dickerson interviewed Arkansas Senator Tom Cotton, who did the same thing. “We have to remember the goal of these negotiations from the beginning,” Cotton said. “It was to stop Iran from enriching uranium and developing nuclear-weapons capability.”

Again, Dickerson tried to steer the conversation away from American desires and toward real-world alternatives. “You have taken the position that if the United States just … walked away from a bad deal, ratcheted up sanctions, that Iran would buckle and come to the table with more favorable terms,” Dickerson said. But “what about an alternative explanation, which a lot of experts believe, which is that they would say, ‘Forget negotiations, we’re going to race towards a breakout on a nuclear bomb?’”

Cotton’s answer: present a “credible threat of military force” and the Iranians will abandon “their nuclear-weapons capabilities.” The senator never explained why threatening war would make Iran capitulate now, given that the United States and Israel have been making such threats for over a decade. Nor did he address the consequences of a military strike, which former U.S. Secretary of Defense Robert Gates has said could “prove catastrophic, haunting us for generations.”

Instead, Cotton returned to comparing the nuclear deal to America’s ideal preferences. The Obama administration, he said, should “get back to that original goal of stopping Iran from developing any nuclear-weapons capabilities.”
Whether the current deal represents the abandonment of Barack Obama’s “original goal” is less clear than Cotton suggests. In fact, even before talks with Iran began, Obama infuriated Israeli Prime Minister Benjamin Netanyahu and his GOP allies by refusing to adopt the red lines they wanted. For instance, notes the Rand Corporation’s Alireza Nader, Obama never declared that Iran could not enrich any uranium, something Cotton incorrectly claims was “the goal of these negotiations from the beginning.”

But let’s assume that Obama, or George W. Bush before him, did outline goals that the current deal doesn’t meet. So what? Those goals are irrelevant, unless Cotton and company have a plausible plan for achieving them by scrapping the existing deal, which they don’t.

When critics focus incessantly on the gap between the present deal and a perfect one, what they’re really doing is blaming Obama for the fact that the United States is not omnipotent. This isn’t surprising given that American omnipotence is the guiding assumption behind contemporary Republican foreign policy. Ask any GOP presidential candidate except Rand Paul what they propose doing about any global hotspot and their answer is the same: be tougher. America must take a harder line against Iran’s nuclear program, against ISIS, against Bashar al-Assad, against Russian intervention in Ukraine and against Chinese ambitions in the South China Sea.

If you believe American power is limited, this agenda is absurd. America needs Russian and Chinese support for an Iranian nuclear deal. U.S. officials can’t simultaneously put maximum pressure on both Assad and ISIS, the two main rivals for power in Syria today. They must decide who is the lesser evil. Accepting that American power is limited means prioritizing. It means making concessions to regimes and organizations you don’t like in order to put more pressure on the ones you fear most. That’s what Franklin Roosevelt did when allying with Stalin against Hitler. It’s what Richard Nixon did when he reached out to communist China in order to increase America’s leverage over the U.S.S.R.

And it’s what George W. Bush refused to do after 9/11, when he defined the “war on terror” not merely as a conflict against al-Qaeda but as a license to wage war, or cold war, against every anti-American regime supposedly pursuing weapons of mass destruction. This massive overestimation of American power underlay the war in Iraq, which has taken the lives of a half-million Iraqis and almost 4,500 Americans, and cost the United States over $2 trillion. And it underlay Bush’s refusal to negotiate with Iran, even when Iran made dramatic overtures to the United States. Negotiations, after all, require mutual concessions, which Bush believed were unnecessary; if America just kept flexing its muscles, the logic went, Iran’s regime would collapse.

In 1943, Walter Lippmann wrote that “foreign policy consists in bringing into balance, with a comfortable surplus of power in reserve, the nation’s commitments and the nation’s power.” If your commitments exceed your power, he wrote, your foreign policy is “insolvent.” That aptly describes the situation Obama inherited from Bush.
Obama has certainly made mistakes in the Middle East. But behind his drive for an Iranian nuclear deal is the effort to make American foreign policy “solvent” again by bringing America’s ends into alignment with its means. That means recognizing that the United States cannot bludgeon Iran into total submission, either economically or militarily. The U.S. tried that in Iraq.