When Zambia banned lion hunting in 2013, animal welfare groups roared in approval, but rural Zambians who face a threat from big cats and receive a slice of hunting-related revenues complained, causing the government to change its mind.

Leopard hunting will resume this season with “cautionary quotas”, while lion hunting will be allowed to restart the year after that, according to the tourism minister, Jean Kapata. “We decided to lift the hunting ban after receiving numerous complaints from the communities where the hunting blocks are located,” Kapata said, adding that 50 percent of the money from hunting goes back to communities. 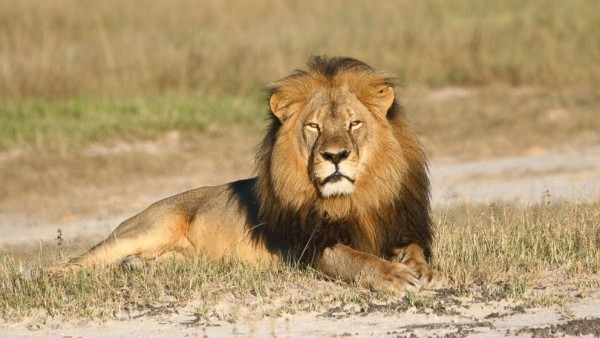 Before the 2013 moratorium on killing big cats, Zambia earned $3 million from game hunting. “People complained they were no longer benefiting from wildlife resources,” Kapata added. “I know of several schools and clinics built from this money.”

However, Western outrage over the killing of Cecil the lion in neighboring Zimbabwe by an American dentist has put Africa’s multi-million dollar hunting industry in the crosshairs like never before. Three U.S. airlines have stopped carrying lion, leopard, elephant, rhino or buffalo trophies – the so-called “Big 5” most-desired by hunters – in a move that could hurt the industry as American sportsmen are its biggest market.

Besides lost revenue for nations such as Zambia, it could also mean people paying the price for life with lions. “We were also prompted to lift the ban because of the increasing cases of people and cattle being killed by lions. Recently a community leader in my home area was eaten,” Kapata said.

When Zambia first announced the resumption of leopard and lion hunting in May, there was no outcry beyond the world of animal welfare groups – and certainly none of the Internet rage that followed Cecil’s killing.

Zambia estimates its lion population at 2,500 and believes it can have a sustainable hunting industry that protects humans while also conserving overall cat numbers. “Trophy” animals are supposed to be old males that are beyond breeding age and have been pushed from the pride, meaning their killing has minimal impact on lion populations.

“In many instances they resort to eating cattle and human beings,” Kapata said. However, critics contend that enforcing such regulations and practices is impossible given that hunters operate deep in the bush in poorly governed and deeply impoverished countries such as Zimbabwe and Zambia.

Zimbabwean conservationists allege that Cecil was lured out of the sanctuary of a national park with bait before being shot by Walter Palmer, the dentist, with a bow and arrow.

“The hunting industry cannot be regulated because of the high price tags,” said Jason Bell, southern Africa director for the International Fund for Animal Welfare (IFAW). “People are going to do anything they can to bag the trophy.”

One solution is the South African model of fencing off big, dangerous animals to minimize the conflict between humans and wildlife and prevent episodes similar to Cecil’s. The killing of lions by livestock owners is a key threat to the animal, according to Luke Hunter, President of Panthera, an organization focused on the global preservation of wild cats.

“Lions are difficult for herders,” Hunter said. “If we are to save lions in these landscapes, we need solutions that reduce the conflict.” Rwanda is going down the South African route of fenced off reserves, and last month reintroduced seven lions — flown in from South Africa — to its Akagera National Park, whose last lions were poisoned by farmers who resettled the park after the 1994 genocide.

“What we have done since then is build an electric fence around it,” chief tourism officer Yamina Karitanyi said, outlining a strategy for a nascent ecotourism industry that will benefit local communities with 5 percent of park revenues.

Much of the debate around hunting focuses on who gets the money the industry generates. This is subject to dispute. One study, published in 2007 in the journal “Biological Conservation”, found African trophy hunting generated annual revenues of at least $201 million.

However, a 2013 study commissioned by IFAW and other animal welfare organizations found that only 3 percent of the hunting revenue reaches the rural communities where hunting occurs. Charles Jonga, director for the Community Areas Management Programme for Indigenous Resources (CAMPFIRE), run by district governments in Zimbabwe to distribute fees from wildlife conservation, said it received $2 million from hunting fees.

“The money goes to various communities that have wildlife in their areas,” he told Reuters. “So we ask the question to those who want to stop animal hunting whether they have given any thoughts as to what will happen to the wildlife after people stop realizing economic benefits from it.”

In two districts in Zimbabwe, he said, lions had killed 200 cattle and three people between 2011 and 2014. In South Africa, much of the money spent on hunting accrues to private landowners, who may also own the animals their guests pay to kill.

Supporters say this provides an incentive for conservation. Around 5,000 of South Africa’s roughly 20,000 rhinos are in private hands, and the 80-100 rhinos hunted legally as trophies each year provide owners with an income to protect the rest. “Hunting brings 90 million rand ($7 million) a year to conservation and rhino security,” said Pelham Jones, chairman of the Private Rhino Owners Association.

“If North America closed the taps, it would have a environmental impact on a community that is already spending 340 million rand a year to secure rhinos.”