The rulers of the Islamic Republic of Iran have routinely used external conflicts to divert public attention from domestic problems, deflect attacks, promote national cohesion and repress their opponents.

As someone who has studied Iran’s political development and conflicts for close to four decades, I would argue that much of the tension between Iran and the U.S. over the past 40-odd years, including the current nuclear dispute with the international community, can be seen in this light.

Democratic activists in Iran may hope that the signing of the international nuclear deal will curb the country’s regime from further militarizing the state and repressing the opposition, but I argue that it is more likely that Iran’s leadership will continue their contentious pattern.

Shia clerics and the CIA on the same side?

Some may think that the origins of the clergy’s opposition to the United States date back to 1953 when a CIA-backed coup removed the liberal, democratic government of Iranian Prime Minister Mohammad Mosaddegh from power. That is not the case, however, as the archives show.

While the majority of Iranians supported the democratic government and opposed the coup, some of the highest Shiite religious leaders in Iran welcomed Mosaddegh’s ouster. 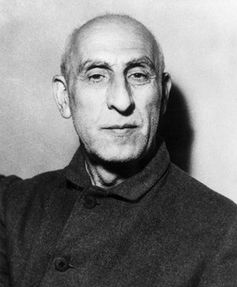 Conservative religious leaders viewed Mosaddegh as too liberal and secular because he refused to ban the sale of alcohol and did not oppose women’s right to vote. What is more, he promoted agrarian reforms that increased the income of the peasants in Iran’s sharecropping system and therefore undermined the interest of some of the landed clergy.

Leading cleric Ayatollah Behbahani, for example, played an active role in the overthrow of the prime minister. He actually distributed American money among conspirators, which became known as Behbahani dollars.

When the coup first failed and the Shah (or the king of Iran) who had (after initial reluctance) ordered the coup fled the country on August 16 1953, Ayatollah Boroujerdi, the highest religious leader in the country, sent a telegram to the Shah asking him to return to the country because “Shiism and Islam need you.”

Ayatollah Khomeini, who would end up the leader of the revolution against the Shah in 1979, also made clear his dislike of the prime minister: Mosaddegh was not Muslim and had he stayed in power, he would have slapped Islam.

When the coup finally did succeed in removing Mosaddegh from power, conservative clerics were delighted to welcome back the Shah and his new prime minister, General Zahedi. To give just one example, Ayatollah Boroujerdi congratulated General Zahedi, wishing him luck in the responsibility he had accepted to serve Islam.

Many Iranian intellectuals and members of the public, however, had a different view, and this, in turn, affected the popular image of Americans.

A change of attitude toward Americans

For decades, Iranians had admired Americans for their work promoting Iran’s democracy and development. They knew, for example, of Howard Baskerville, a Princeton graduate who was a teacher at the American Memorial School in the city of Tabriz, one of the historic capitals of the country, who died along side Iranian freedom fighters during Iran’s constitutional revolution of 1905-1911.

Iranians had seen American doctors and nurses in Iran’s health care system. They credited American missionaries, such as Dr Samuel Martin Jordan, with establishing excellent schools in the country, including Alborz, one of the two finest high schools still operating in Tehran. 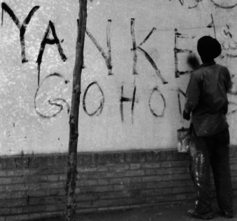 Following the coup, Iranian intellectuals no longer viewed Americans as missionaries, democrats, teachers, nurses and doctors, but as oilmen, spies and military men.

More importantly, many distrusted Americans because they probably had destroyed the country’s democracy.

Once Ayatollah Khomeini seized power, he capitalized on widespread popular sentiment against the United States after students took over the U.S. Embassy on November 4 1979. Through the hostage crisis, Khomeini promoted national cohesion, expelling his former allies from the government and repressing leftist and liberal dissidents who did not support the theocracy.

Referring to another external conflict, the Iraq war, Ayatollah Khomeini declared it publicly to be a godsend and blessing that promoted national cohesion and unity. Using the hostage crisis and the war against Iraq, Khomeini repressed his opponents and betrayed the promises of political freedom and economic equity, for which Iranians had fought.

Between 1981 and 1985, the Islamic regime executed or killed approximately 12,000 leftist and liberal dissidents. The new Islamic Republic executed thousands of political prisoners in a matter of a few months in the summer of 1988. In other words, between 1981 and 1988, Khomeini and the ruling clergy executed or killed approximately 15,000 people, several times more than those killed by the monarchy during the revolutionary struggles between 1977 and 1979.

Mahmoud Ahmadinejad’s presidency in 2005 led to another round of internal and external conflicts for Iran. 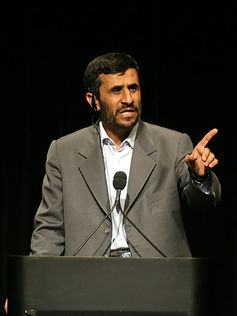 He intensified anti-American and anti-Israeli rhetoric while, at the same time, promising to improve economic conditions for the poor, as Khomeini had done in 1979.

Instead, however, Ahmadinejad’s administration expanded corruption and cronyism. As a result, the Islamic Republic’s standing in the corruption rankings, according to Transparency International, dropped from 79 out of 133 countries in 2004 to 168 of 180 countries in 2009. At the same time, the regime resumed repressing dissidents, labor activists, women, and religious and ethnic minorities, arresting hundreds of people before the disputed presidential elections of 2009.

Not surprisingly, Ahmadinejad’s policies set the stage for domestic conflicts that erupted in the aftermath of the disputed presidential election of 2009.

Alleged fraud ignited the Green Movement that challenged the foundation of the Islamic Republic. Protesters chanted slogans such as “Where is my vote?” and “Death to the Dictator.”

Protests quickly radicalized and targeted Ayatollah Khamenei, the Supreme Leader. “Khamenei is a murderer, his leadership is revoked” and “Death to the government that deceives the people” were among the rallying cries.

The movement endured for 20 months before being repressed by the regime at a cost of more than 100 dissidents slain and thousands arrested.

The people are struggling for democracy

Despite the regime’s efforts to expand the practice of Islam, more than half of the country’s mosques are inactive during the year. In fact, according to a recent announcement by General Zia eddin Hozni, only 5% of the Shiite (the majority of the population) mosques are fully operational during the year. Seventy-five percent of Iranians and 86% of the students do not say the obligatory daily prayers. They are, in effect, refusing to be coerced into heaven.

Despite risking severe state punishment, alcohol consumption and sex have spread to the high schools. Women push back their veils at every opportunity. A poll in Tehran found that 71% of women did not observe the proper Islamic rules regarding the hijab.

Such widespread resistance demonstrates Iranians’ struggles for democracy and liberty have not ended.

The 1979 revolution unleashed powerful forces, enabling the Islamic clergy to seize power and impose a theocracy, which none of the major constituencies in Iranian society had demanded during the revolutionary struggles.

The theocracy, in turn, generated new, multiple conflicts that adversely affected broad segments of the population, leading to dissent and resistance, necessitating repression.

While democratic forces welcome the resolution of nuclear issues, the Islamic Republic’s rulers are unlikely to cease their anti-American and anti-Israeli rhetoric.

Rather, given this theocracy’s history, its leaders are more likely to focus on external conflicts in order to shore up their power base, deflect attacks, divert attention from unresolved internal problems and repress demands for democracy.