Weapons found by Kenyan police on a ship last week had been stashed inside a shipment of United Nations vehicles, the Norwegian company that owns the vessel said on Wednesday. Kenyan police said security agents on Thursday discovered firearms and drugs on the Norwegian-flagged Hoegh Transporter, which is docked at the Indian Ocean port of Mombasa.

Coastguards and navies in East Africa have struggled to stem the flow of drugs through their waters as the region has become a key export route for Afghan heroin destined for Europe. Hoegh Autoliners confirmed weapons were found inside some of the vehicles on its vessel, which was carrying a consignment from Mumbai to the U.N. peacekeeping mission in the Democratic Republic of Congo, MONUSCO. 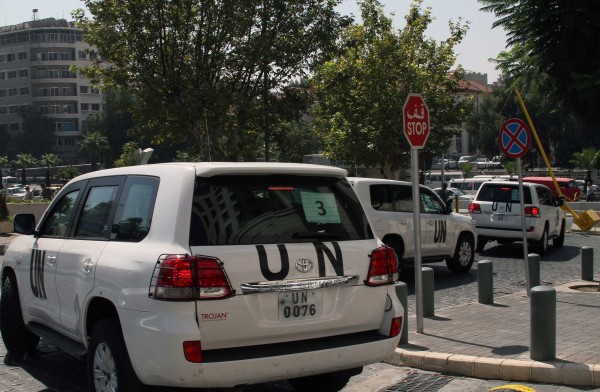 “It is our understanding that these weapons belong to the U.N. vehicles in which they were found, and were for use by the U.N. during their peacekeeping mission,” the company said in a statement on its website. “The weapons were not declared to us at the time the cargo was loaded, and the fact that weapons were in the vehicles is in violation of our terms of transportation, which clearly states that no arms or ammunition are accepted for shipment.”

Charles Bambara, a spokesman for MONUSCO, said the consignment of armoured personnel carriers and weapons was due to be delivered to Indian peacekeepers based in North Kivu province. Bambara said the Indian firm handling the shipment had not declared all the cargo to Kenyan authorities but said he did not know the reason for the omission. The company, whose name Bambara did not know, had since completed the necessary forms, he said.

Asked about Hoegh Autoliners’ assertion that weapons were not allowed on board, Bambara said: “APCs are not a tourist vehicle. APCs are for security issues.” Regional police commander Francis Wanjohi told Reuters late on Tuesday that he did not have more details regarding the nature of the weapons and drugs found.

In its statement, Hoegh Autoliners said the company was aware of reports that the Kenyan authorities had found a substance on its vessel that was being tested to ascertain whether could be drugs. “We have no clear information at this point as to whether this is correct or not,” it said in the statement.

In July, Kenyan police seized 341 kg of heroin hidden in the diesel tank of a ship, the biggest single seizure of drugs at Mombasa.