Chandran Nair,Founder and CEO of the Global Institute For Tomorrow (GIFT), 2 Dec. 2015, The Huffington Post 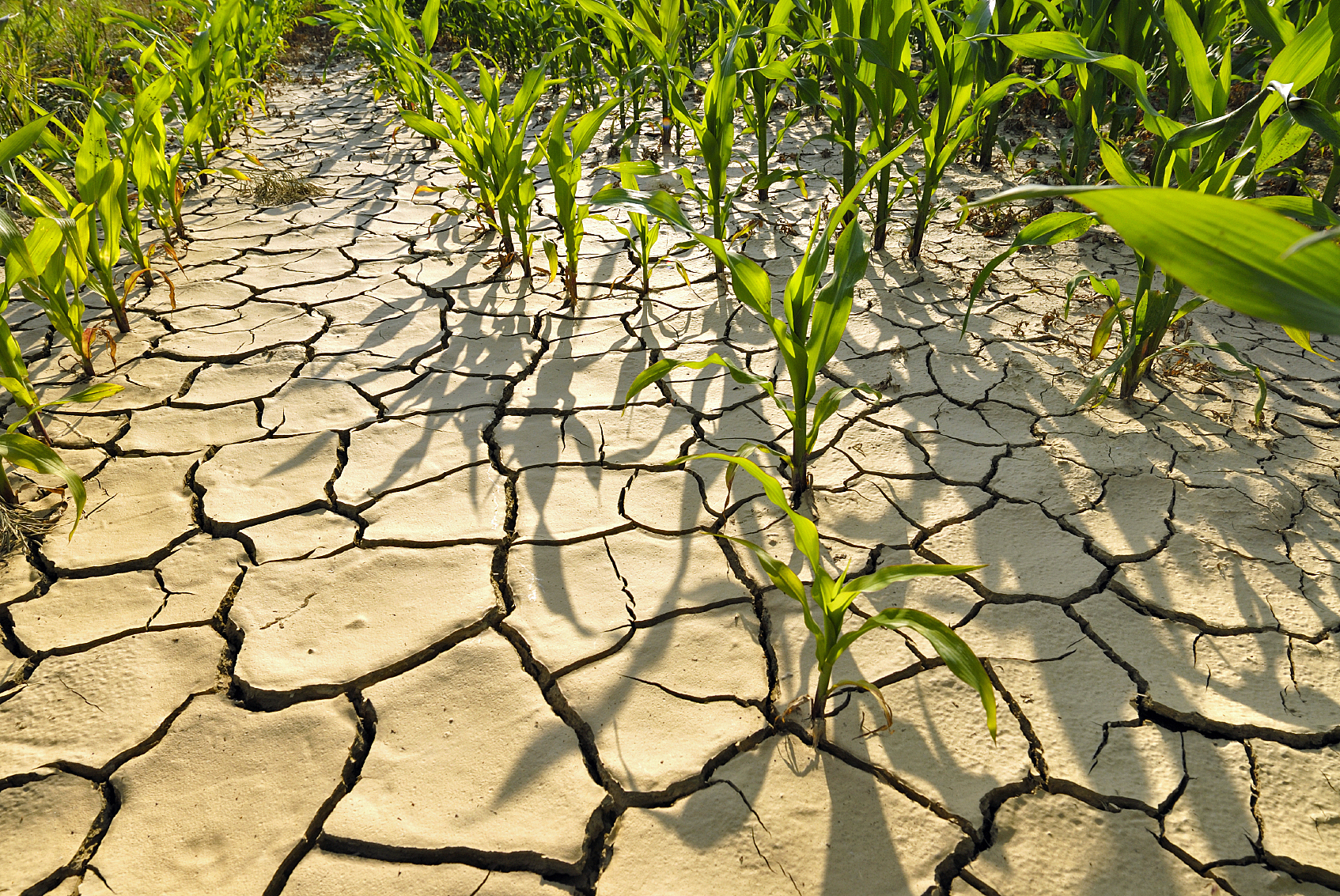 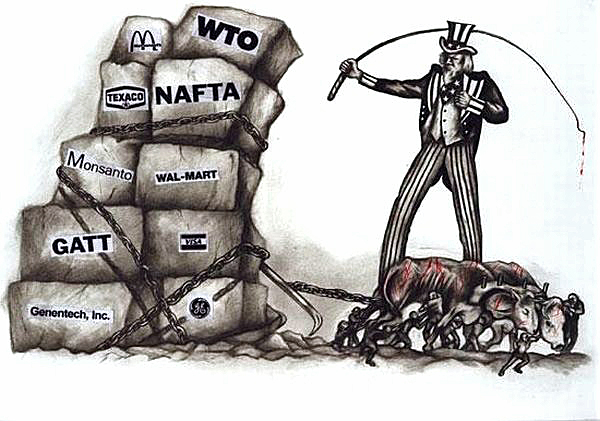 HONG KONG — As we enter the latter half of the 21st century’s second decade, the hope that the world was entering an era of great promise and convergence has been shredded by two poorly recognized “world wars.” They are the “war on nature” and the “wars of resentment.”We too often focus on the Middle East as the confluence of instability and historical grievance, but the region is merely an extreme manifestation of a worldwide trend. Throughout the developing world, feelings of past injustice and humiliation are being brought back to the fore. Regional and international tensions grow as social groups try to reverse past humiliation, establish equal economic opportunities or settle scores.

The “war on nature” and the “wars of resentment” are interlocked. Environmental change can create new conflicts and worsen existing ones. Several experts now agree that an extended drought — part of a long-term warming and drying of the Fertile Crescent — was a significant factor to the unrest leading to the Syrian Civil War.

“The two wars are connected by a common thread: the negative effects of an elite minority trying to control access to resources. 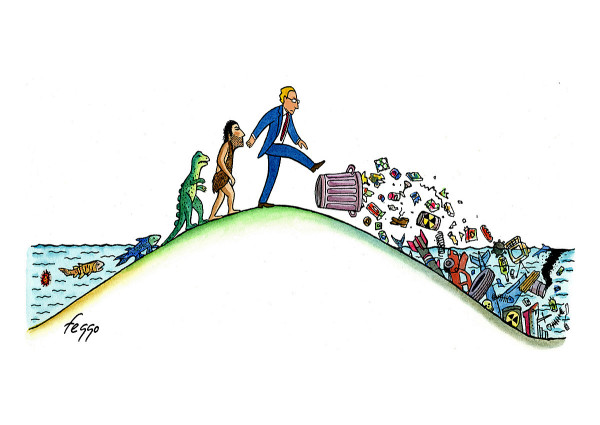 However, the link between these two “wars” runs deeper. They are connected by a common thread: the negative effects of an elite minority trying to control access to resources. This is both the reason for our warming climate and the long-term historical cause of many of the grievances that motivate today’s conflicts.

When thinking about grievance, those on the receiving end of aggression often ask a personal question: “Why do they hate us?” Satisfactory answers, at least in day-to-day commentary, are rare. The two reasons commonly given: “They hate because of our freedoms and way of life” and “They hate us because of our foreign policy” — are too shallow to tell us much of anything.

Understanding the historical background gives us a better understanding of where grievances come from. Historical structures, such as imperialism, colonialism and the resulting underdevelopment, are a better way to explain the origin of weak states, divided societies and a continuing anger at the developed world. But this is still not quite enough. Why did these structures exist? Why did they engender resentment amongst the population?

“Throughout the developing world, feelings of past injustice and humiliation are being brought back to the fore. 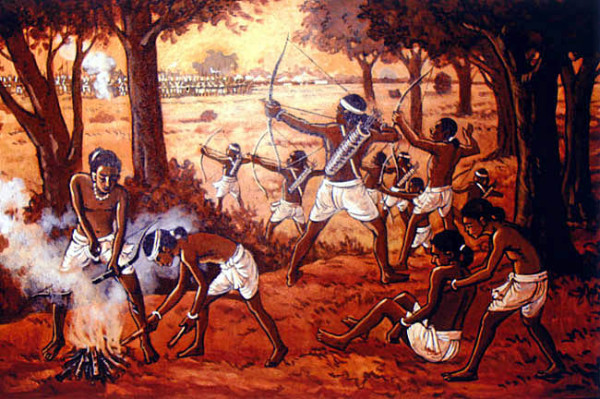 The answer, at least in part, comes from a society’s need to secure access to resources and control them through force if necessary. Diplomatically called “protecting national interest,” access to resources is often non-negotiable. A growing society’s increasing demand for resources means that access to those resources must be guaranteed. This can be as direct as territorial conquest or, as is more common in the contemporary era, more subtle as through alliances and global economic structures that allow resources to be properly secured and then easily and safely transported. However, as one group gains access, another group loses access. This inequality can breed deep-rooted resentment handed down through generations.

The West first built outposts on other continents to manage and secure trade routes for important commodities, such as spices, precious metals and, of course, slaves. As European resource demands grew, so too did their empires: look at the British Empire in India and its alliance with the British East India Company. When these structures collapsed in the mid-20th Century, they left behind societies with little or no development and hardly any institutions to speak of.

The Democratic Republic of Congo is perhaps the most egregious example of a colonial structure motivated purely by the need for resources. Prior to decolonization, the DRC was ironically called the Congo Free State, which saw the worst of colonial excesses. Belgian colonists pushed the local population to produce rubber and mine minerals and made little effort to build local governing or economic institutions. The Belgians left behind a weak state dependent on resource revenue and without the institutions to effectively govern. Congo’s still rich stocks of resources now act as both the source of conflict and the revenue that sustains continued violence. The world’s economic interest in Congo’s resources, such as the coltan used in mobile phones, helps sustain continued violence from otherwise unviable rebel groups.

“The desire for resources has encouraged continual intervention, such as America’s bases in the Mideast, which feeds sectarian and regional resentments. 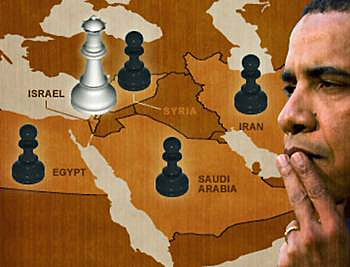 Moving to Asia, we can see how resources have influenced the Rohingya crisis in Myanmar. While there has been a Rohingya presence in Myanmar for centuries, British colonial officials also encouraged migration from Bengal to fertile Western Myanmar. Whether or not this significantly affected local populations, this still engendered resentment amongst Myanmar’s Buddhist majority — a sentiment that is now unfortunately being expressed against the destitute Rohingya population. The fear that a Muslim minority will contribute to “overpopulation” is a resource-centered argument: the (incorrect) belief that the majority will lose access to scarce resources.

This is not to say that resource conflicts are the only cause of conflict or even the most important cause. The case of the Rohingya makes it clear that cultural factors, such as religion, nationalism and “exceptionalism,” can play a role in how resource concerns are manifested. However, viewing conflicts through the prism of scarce resources can help us untangle some of the complex causes of today’s tensions.

Take the South China Sea, perhaps the most concerning geopolitical conflict for those of us here in East Asia. The increased interest in the South China Sea again concerns resources. The world’s increasing need for oil, gas and even fish encourages countries to be more aggressive in exploiting potential reserves, such as those possible around the disputed islands. In addition, a significant part of world trade, including 25 percent of all traded goods, now passes through the region. Thus, China and Southeast Asian nations can no longer ignore the question of ownership. America’s interest in the region can also be explained using resources: Washington is concerned that China could close U.S. access to those resources transported through the South China Sea and limit the $1.2 trillion in U.S. trade through the region.

“The consumer economy, by encouraging people to buy more as the vehicle for growth, only serves to make resources scarcer. 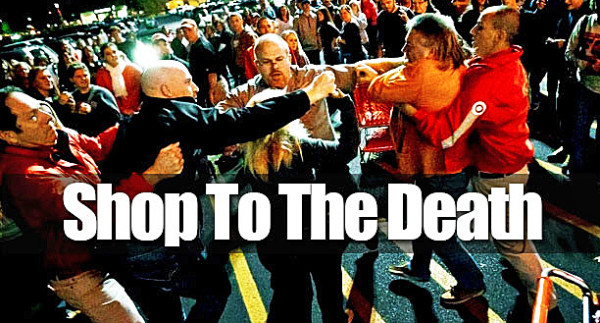 Remaining with the U.S., we can see how its policy in the Middle East is significantly driven by its need for oil. A completely collapsed region would drastically impact America’s ability to meet its energy needs. This is why it maintains its relationship with regional powers like Saudi Arabia, in the hope of preserving a U.S.-friendly region. This has encouraged continual and continuous intervention, such as America’s bases in the Mideast, which feeds sectarian and regional resentments.

Finally, the tensions surrounding France’s supposedly unassimilated minorities are also the result of resources. A significant portion of France’s Muslim and African immigrant populations come from former territories colonized in a drive to secure resources. French colonialism and systematic underdevelopment has compelled many in these countries to move to France. The French majority, fearing that their access to scare resources is threatened by migration, unfairly target these minority groups. This discrimination and marginalization in turn fosters resentment amongst France’s minority population, worsening the problem.

Thus, resource conflicts are a major source of instability, either through direct competition for scarce resources or by building political and economic structures that foster simmering resentments. As the United Nations COP 21 talks start in Paris this week, it is worth asking what can be done about this common source of instability. A real failure in Paris would be a refusal to examine the root cause of climate change and its links to an economic model that over-consumes resources.

“Change is possible: the resources that societies need have adjusted over time. 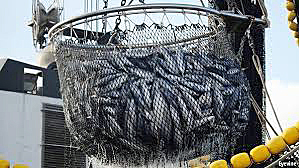 To resolve both the “war on nature” and the “war of resentment,” we must move away from an unsustainable economic model that relies on the overuse of resources to achieve prosperity in a clear failure of the market. The consumer economy, by encouraging people to buy more as the vehicle for growth, only serves to make resources scarcer.

After all, if societies no longer believe they need as many resources to function effectively or understand they are not entitled to as much resources as they can get their hands on, then they no longer need to compete with other societies to secure access. And, just as importantly, they will not create systems of dominance or control that will inevitably create future instability. Also, by transforming our economy, we reduce its destructive effects on the environment.

Change is possible: the resources that societies need have adjusted over time. Europe’s need for spices led to recurring conflict in South and Southeast Asia between Spain, Portugal and the Netherlands. Spain, Peru and Chile even fought a war in 1864 over areas rich in manure for fertilizers: an absurd thought in today’s world. The world has moved beyond needing these resources: the question is whether it can do the same for today’s overexploited resources.

“If the world wants to reduce conflict, it needs to think of ways to redistribute resources to countries that need it.

We should also remember that inequality also fosters resentment. If the world wants to reduce conflict, it needs to think of ways to redistribute resources to countries that need it. The recent statement by Indian Prime Minister Narendra Modi that the developed world has a “moral responsibility” to shoulder the heaviest burden in solving climate change is a reminder that a solution that limits emissions without providing alternatives will be met with suspicion by the developing world. A solution must not be a further attempt by the developed world to maintain its economic privileges.

Seriously attacking climate change will be a good start towards global stability, even if signs indicate that Paris will fall short of that goal. Real legally binding reductions in carbon emissions will diminish the chance that societies need to compete for coal and other carbon-rich resources. If delegates at Paris capitulate to vested interests and agree to watered-down, non-binding pledges and accords, this will not happen.

Accepting the solutions necessary to limit climate change is easier said than done and will not prevent conflict entirely. But it will be a critical start to dealing with the two “wars” of our time.