The French government knows it cannot make the same blunders as the Danish government made in Copenhagen in 2009, when trust between countries had been shattered because of underhand deals

What will happen at the Paris climate change conference of parties (CoP)? This December, as leaders gather at the 21st annual congregation to resolve the global crisis, the world has changed somewhat. There is a growing acceptance verging on unanimity that climate is changing, but it is the poor who are taking the worst hit. Parties this time want to do something about it, which is different from the past. But there is still no conviction on why they should act, which is the same as the past.

There are other dynamics. The meeting is in Paris. The French government is seasoned and diplomatically sophisticated. It knows it cannot make the same blunders as the Danish government made in Copenhagen in 2009, when trust between countries had been shattered because of underhand deals and drafts. It is also US President Barack Obama’s last climate conference. He will want a legacy of his own by getting the world to stitch an agreement, which the Americans are already calling historic. 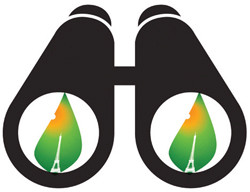 So, what is likely to happen? Let me use my 20-CoP past to map out the likely scenario and explain what it means for us in the emerging South that is already affected by unseasonal weather but needs its right to development.

First, there will be a Paris deal. This is a given. But to make it happen the French will make some clever moves, given that the current draft has been negotiated for over four years, is more than 50 pages long and full of disagreements. They have already changed the order of things by inviting heads of state on the first day and not the last. Everyone from Obama, German Chancellor Angela Merkel to Indian Prime Minister Narendra Modi is coming. The French will produce (and I hope with more finesse than the Danish government) a zero draft with the bare bones of the agreement at the start of the two-week meeting. The heads of state will have little room but to endorse this broad agreement. Then for the next two weeks negotiators will idle away time till the gavel comes down on the midnight of the last day.

Second, this zero draft for the Paris treaty will be minimalist and, therefore, seemingly non-controversial. It will endorse the submission of the Intended Nationally Determined Contributions (INDCs), which are voluntary commitments made by countries to cut carbon emissions. It will admit that the sum of these commitments does not add up to keeping the world below 2°C rise, which is seen to be the least risky option. But it will say that the agreement provides a stable and predictable foundation to ratchet up the commitments in the future.

Third, it will not make the commitment or the expected result legally binding. Instead it will make the procedure of submitting reports binding. It will also sidestep the tricky issue of review of INDCs, which countries like India have strangely objected to. It will simply say that in five years there will be a stocktake of the aggregate of all INDCs. So no individual country’s progress will be reviewed, only the sum of their actions and how close it is to keeping the temperature rise below 2°C. On the really tricky issue of additional finance it will not mention specifics, just make a broad promise. And to keep the Americans happy it will try and do the finance bit on another piece of paper. In this way, the Paris climate change treaty will be ready for signature even before the leaders leave. It will be weak but aspirational. The spin will be that it lays the ground for future action.

What it means is a little more than this. The world would have agreed to a framework, pushed by the US, which is voluntary, bottom up—countries decide what they will do rather than get targets based on their contribution to the problem—and most importantly universal. It breaks once and for all the distinction between developing and developed countries. As agreed in the Framework Convention on Climate Change, developed countries had to take the first and drastic action because of their historical responsibility.

It also means the US will appropriate an even greater share of the carbon budget, simply because its intended action is unambitious. The world is left with a limited space to emit greenhouse gases, if it wants to stay within a not-too-dangerous threshold. The still developing world—India and all of Africa—needs to increase emissions for its development. But by 2030, the time frame of the intended Paris treaty, almost all the carbon budget would be gone. Our future right to development will be surrendered. We will be told to find a different way to grow economically. Ours has to be a low-carbon growth and if it is expensive, it is our problem. There will be no money or technology to aid us to get there.

Now the question is how the Indian government will ensure that the Paris treaty happens, but not at our cost. The treaty must be ambitious but also equitable. That is in our common interest.

Sunita Narain, Director General of Centre for Science and Environment (CSE) and the Editor of Down To Earth magazine. She is an environmentalist who pushes for changes in policies, practices and mindsets.