The Africa-China summit will provide an opportunity to get a feel for how the Chinese President is responding to democratic developments in Africa.

Beijing’s selection of South Africa to host the China-Africa heads of state summit may indicate Chinese President Xi Jinping’s personal commitment to the continent. This is the first time the summit is being held at this level in Africa.

It may also show his desire to reassure Africa that, despite recent sharp declines in China’s trade and investment, the Chinese view is that this partnership is of long-term importance. And perhaps it signals China’s deepening special relationship with South Africa. 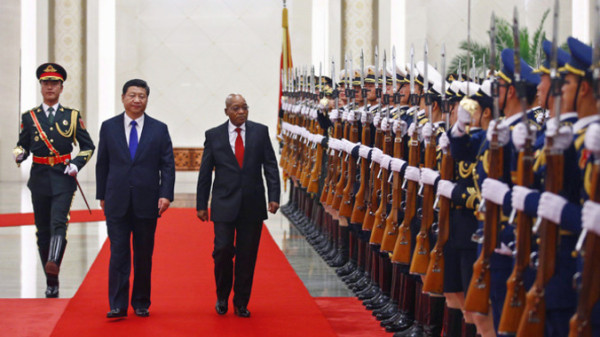 So, what are we to expect?

The Chinese government supports regional and sub-regional integration in Africa for many practical reasons. These relate to the scale and viability of its investments and the need to overcome the bewildering complexity of working with 54 sovereign states.

Xi might be open to a more robust political dialogue on issues of African democracy, elections and good governance for two other related reasons:

For his part, South African President Jacob Zuma is likely to avoid drawing attention to the significance of holding the summit in a democracy. This won’t be out of a sense of false modesty but rather a misplaced respect for the several ageing African autocrats in attendance.

It will also be in deference to his Chinese friends, from whom Zuma is reportedly seeking major funding for several grand national projects.

Deciphering the platitudes
The only formal work for the leaders will be to endorse the latest version of a familiar triennial action plan. This will cover joint economic, development and cultural initiatives.

The only drama is likely to be the media speculation about the size of the new loan package Xi is expected to announce. China made a US$20 billion commitment to the continent in 2012, augmented by another $10 billion a year later.

Meanwhile, we should listen carefully to the pro-democracy comments leaders offer as the preferred political foundation for pan-African integration and Sino-African co-operation. From these we should try to discern new political realities beneath the hypocrisy and hype.

China has always been an outspoken advocate of African unity. And Xi is expected to reiterate commitment to Africa’s Agenda 2063 for: “… an integrated, prosperous and peaceful Africa, driven by its own citizens and representing a dynamic force in the global arena.” 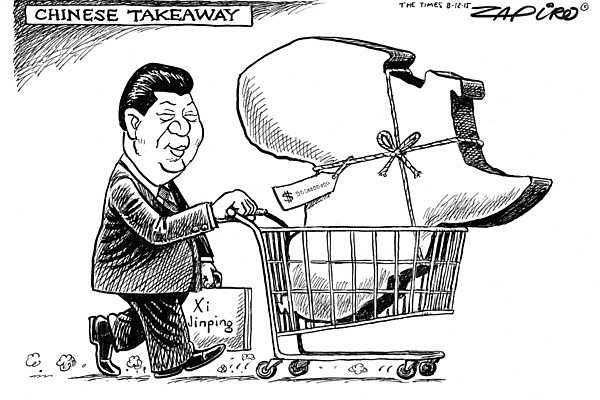 He is also likely to repeat China’s support for African Union commission chair Nkosazana Dlamini-Zuma’s vision for a United States of Africa. The vision, which has been endorsed by all member states, has as a central goal: “An Africa of good governance, democracy, respect for human rights, justice and rule of law.”

Xi invokes similar terms when he speaks of China becoming, by the middle of the century: “… a modern socialist country that is prosperous, democratic, and culturally advanced.”

Such promises may not matter to millions of socially active Chinese citizens, who have taken part in the more than 200 000 annual public protests. The protests are often as severely suppressed as anti-government demonstrations in African countries.

China continues to declare its strict adherence to non-interference. But it is showing a willingness to support African preventive intervention and more assertive peace enforcement. This is especially since two dramatic events:

Africa, after all, is the most ethnically diverse and conflict-prone region in the world. It is also plagued by complex emergencies and costly multilateral peacekeeping operations.

China appears to be quite different. More than 90% of its people are ethnic Han. But there are also more than 55 ethnic minorities. Many of these are seeking greater self-determination.

The African Union’s unanimously adopted African Charter on democracy, elections and governance came into effect in 2012. It is a far more progressive and ambitious attempt to advance pan-African civic nationalism than has ever been undertaken in China. And it is an experiment that even a few Chinese diplomats and scholars I have spoken to think might someday hold lessons for political reform in China.

China ostensibly shares the African Union’s commitment to civic nationalism, but ignores its own constitutional provisions for the protection of basic human rights and civil liberties. These include freedom of speech, of the press and of assembly. Virtually all African states have founding documents with similar provisions. But, unlike China, they hold regular national elections, albeit of varying degrees of integrity.

Democratic elections are a necessary, if limited, condition for peacefully and legally accommodating factional domestic conflict. This is a step China may not be prepared to take domestically. But it has begun deploying election observation missions in Africa. I met one when leading an observation team to the 2013 Madagascar elections. Democratic elections were a key milestone in the Southern African Development Community’s “road map” to help secure a peaceful transition and prevent further deadly conflict.

But it also shows surprising interest in, and support for, a variety of African democratic experiments. Listening to Xi, and watching how he and his subordinates respond to democratic developments in Africa, may be more indicative of the endurance of the partnership than fluctuations in trade and investment.