LE BOURGET, France — After the stomping and cheering died down, and the hugs and toasts ended, a question hung in the air as the climate conference came to a close: What does the new deal really mean for the future of the Earth?

Scientists who closely monitored the talks here said it was not the agreement that humanity really needed. By itself, it will not save the planet.

The great ice sheets remain imperiled, the oceans are still rising, forests and reefs are under stress, people are dying by tens of thousands in heat waves and floods, and the agriculture system that feeds seven billion human beings is still at risk.

And yet 50 years after the first warning about global warming was put on the desk of an American president, and quickly forgotten, the political system of the world is finally responding in a way that scientists see as commensurate with the scale of the threat.

“I think this Paris outcome is going to change the world,” said Christopher B. Field, a leading American climate scientist. “We didn’t solve the problem, but we laid the foundation.”

The agreement reached here on Saturday will, if faithfully carried out, achieve far larger cuts in emissions than any previous climate accord. It will reduce, without eliminating, the risk that runaway climate change might render parts of the Earth uninhabitable. It will lessen somewhat the possibility of a collapse of one of the ice sheets, which would cause a rise in the sea of 20 feet or more.

The deal, in short, begins to move the countries of the world in a shared direction that is potentially compatible with maintaining a livable planet over the long term.

Hans Joachim Schellnhuber — a pioneering environmental scientist, chairman of the German government’s advisory committee on climate change, and climate adviser to Pope Francis — declared on Saturday that “this is a turning point in the human enterprise, where the great transformation towards sustainability begins.”

Perhaps the most important part of the deal is that it explicitly recognizes that countries were not ambitious enough in the emissions cuts they pledged ahead of the Paris negotiations, pledges that were incorporated into the document. The agreement, in effect, criticizes itself for not doing enough.

To compensate, the deal sets up a schedule of regular review that will encourage countries to raise their goals over time. It envisions a tighter system to monitor whether the nations are keeping their promises — though how tough that will really be was put off to future debates.

In interviews, scientists with long experience studying climate change, and a long history of being discouraged by the politics of the issue, said they were heartened by the cooperative tone in Paris.

But for the deal to mean anything, they said, the celebratory moment must give way immediately to an era in which intensive efforts are made to squeeze emissions out of the world economy. That task will fall largely to businesses and investors, operating under emissions-reduction policies that countries have pledged to put into effect by 2020.

Emissions of greenhouse gases — primarily of carbon dioxide from the burning of fossil fuels and the destruction of forests — have been rising for decades, interrupted only briefly by economic downturns. They stalled this year, projected to fall 0.6 percent in part because of the softness of the Chinese economy, in what some experts hope is an early sign of things to come.

Yet 2015 will nonetheless be the hottest year in recorded history, breaking a mark set only one year earlier. All 10 of the hottest years in a global record stretching to 1880 have occurred since 1998. No one under 30 has ever lived through a month of global temperatures below the 20th-century average.

Since an agreement in Cancun in 2010, the official goal of international climate policy has been to limit the warming of the Earth to 2 degrees Celsius, or 3.6 Fahrenheit, above the level that prevailed before the Industrial Revolution. With the rapid warming that has occurred since 1950 as a result of industrial emissions, the planet is already nearly halfway there.

The Paris deal sets a more ambitious target, declaring that the global average temperature rise ought to be kept “well below” 2 degrees Celsius, and that countries should try go further, limiting warming to 1.5 degrees Celsius.

As small as that difference might sound, as an average warming over the surface of an entire planet, it is actually substantial. Scientists say it could make the difference, for example, between saving much of the Greenland ice sheet and losing it.

The research organization Climate Central found recently that 280 million people live on land that could eventually be submerged by the sea if warming were allowed to reach the higher number. If it were kept to the lower target, that number would be cut by more than half, to 137 million people.

Yet action on global warming has been delayed for so long, and emissions allowed to rise so high, that reaching either target will be exceedingly difficult.

Scientists say that limiting warming to the higher target would require that industrial emissions of greenhouse gases come to an end by roughly 2050, and to stay below the lower target, by about 2030.

But coal-burning power plants are being built today that can be expected to operate well past 2050, and fossil-fuel companies are spending hundreds of billions a year looking for new reserves that cannot be burned if either target is to be met.

A serious campaign to meet the more ambitious goal would mean that in less than two decades, the nations of the world would likely have to bring an end to gasoline cars, to coal- or gas-burning power plants in their current form, and to planes or ships powered by fossil fuels.

Countries have offered no plans that would come remotely close to achieving either goal, and, given the current state of technology, it is difficult to see how they could be achieved. That led some scientists on Saturday to dismiss the tighter temperature targets as feel-good measures with no real meaning.

And yet, the tighter targets do throw the seriousness of the situation into sharp relief. Experts hope that, by highlighting the gulf between humanity’s stated goals and its plans to achieve them, the Paris deal will launch a more intensive push to figure out how it might actually be done.

What Does a Climate Deal Mean for the World? 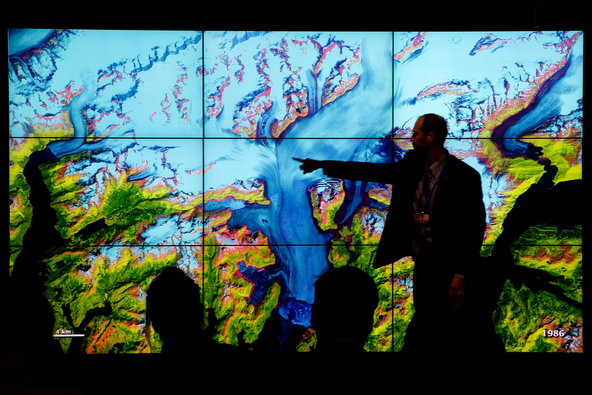