Campaigner for Algerian democracy and independence

Hocine Aït Ahmed, who has died aged 89, was one of the key figures in Algeria’s fight for independence, and could conceivably have become president. But he was also highly principled, and, once the country was free from the French, always found himself at odds with those who did take control of the government, whether properly elected or not.

The commander of the first guerrillas to fight French colonial rule in 1948, he was also the last survivor of the nine revolutionary leaders who launched the FLN (National Liberation Front) in November 1954. Yet after independence was eventually achieved in 1962 he split with the FLN over military control of the government and created Algeria’s first opposition party, the Socialist Forces Front (FFS). After 23 years of exile in Switzerland, he returned in 1989 amid rising protests against the FLN. 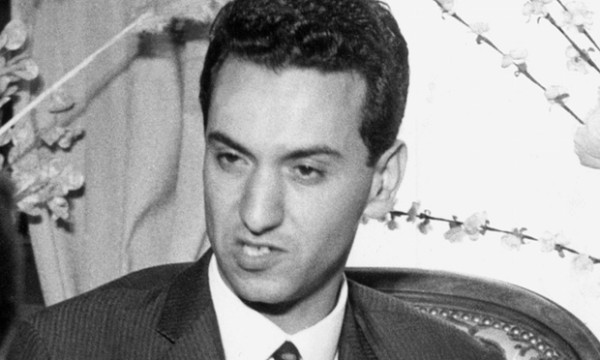 Aït Ahmed argued against military dominance and religious extremism, and highlighted the plight of his people, the Berbers of Kabylie, a region in the Tell Atlas mountains, close to the Mediterranean coast.

In 1992, Aït Ahmed, a practising Muslim, offered an olive branch to the banned Islamist movement in Algerian politics, while the government favoured its eradication. He decried the “silence and indifference of western powers” as civil war intensified in 1997, and warned that Algeria faced “all-out slaughter, likely to assume the dimensions of genocide”. Later, he championed the rights of African migrants in Europe.

Born in the Kabylie town of Aït Yahya, east of Algiers, into a landowning family, Aït Ahmed joined the nationalist Parti du Peuple Algerien (PPA) as a 16-year-old schoolboy. Though immensely proud of his Berber heritage and Tamazight language (not recognised nationally until 2002), he did not get involved in ethnic separatism.

In 1947, aged 21, he became the youngest member of the PPA central committee, rejected the possibility of compromise with the colonialists, and co-founded and soon led the clandestine armed Special Organisation (OS). In March 1949 he held up the post office in Oran before fleeing to Egypt to avoid arrest.

Though Aït Ahmed mended ethnic rifts within his party, he became a scapegoat for simmering anti-Berber sentiment and lost his OS post to an Arab, Ahmed Ben Bella, a co-raider at Oran.

Aït Ahmed presented the FLN’s case at the conference of non-aligned countries in Bandung, Indonesia, and at the UN general assembly in 1955, and founded its New York office. When he and fellow Algerian leaders flew to Tunis the following year, French authorities intercepted their flight and jailed them in France.

Released in 1962, Aït Ahmed became a minister in Algeria’s first post-independence government. But he soon resigned, accusing Ben Bella, by now president, of corruption and autocracy. He founded the FFS in September 1963 and launched an unsuccessful armed insurrection. In a speech after his arrest, he accused the FLN of betraying “the common people” and exchanging its ideals for Stalinism, but without the coherence of Stalin’s rule.

Aït Ahmed was sentenced to death, though this was later commuted to life imprisonment. In June 1965, the FLN and FFS announced a truce. Three days later Houari Boumedienne overthrew Ben Bella in a coup that ruled out hopes of rapprochement. Aït Ahmed escaped from prison in May 1966, and fled to Lausanne, Switzerland. The FFS still managed to maintain its clandestine network despite legal repression and its leader’s absence.

In 1981, Aït Ahmed, by now a law graduate and the author of several books, co-founded the International Islamic Commission for Human Rights in London with Ben Bella. Four years later they proclaimed the creation of democracy in Algeria.

Aït Ahmed returned to Algiers in 1989 and the FFS was legalised. In December 1991 the party knocked the FLN into third place in terms of seats in the initial round of Algeria’s first multiparty elections. However, the 47% polled by the Islamist FIS terrified the military: in January 1992 they cancelled a second round of elections, ousted President Chadli Bendjedid and instituted armed rule.

Aït Ahmed led calls for national reconciliation and sovereign democratic institutions. He left Algeria after the assassination of President Mohamed Boudiaf in 1992, and three years later spearheaded the Sant’Egidio Platform, a cross-party call for democracy and human rights brokered by an Italian organisation, the Catholic Community of Sant’Egidio. In 1999 he returned to contest presidential elections. Alarmed at polling irregularities, he and five other candidates withdrew from the race, which saw the former Boumedienne minister Abdelaziz Bouteflika elected. State-instigated violence in Kabylie pushed the FFS back into its regional base, while Saïd Sadi’s Rassemblement pour la Culture et la Democratie, also representing the Berbers of Kabylie, now rivalled the more moderate FFS.

Aït Ahmed returned to Lausanne and continued calling on Bouteflika to reduce the military’s power and enshrine human rights in a new constitution. It took the Arab spring of 2011 and fear of resultant domestic upheaval to ease the logjam. In 2012 Bouteflika promised Aït Ahmed’s supporters a say in running the country. In 2013 he brought the intelligence and security department (DRS) under cabinet control. Re-elected for a fourth term in 2014, Bouteflika promised a historic reconciliation. But despite intense negotiations, Aït Ahmed, who had formally resigned as leader of the FFS in 2013 after repeated heart attacks, stubbornly held to his full demands.

“Deep inside, Bouteflika always felt admiration and respect towards the rebel Hocine,” a relative of Bouteflika’s told Le Monde after Aït Ahmed’s death. Some younger democrats now lament his 1963 revolt, which they say rashly undermined Algeria while preserving the FLN.

He is survived by his wife Djamila, a daughter, Bushra, and two sons, Jugurtha and Salah-Eddine.