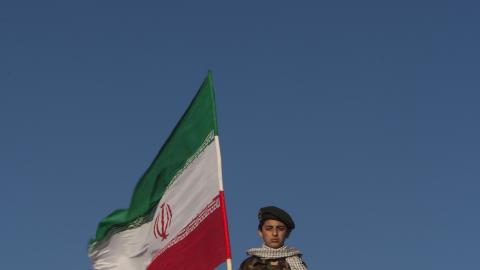 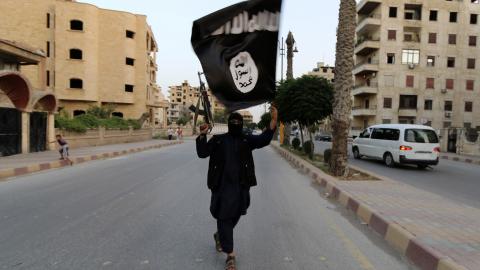 Anyone who thinks the current tensions between Saudi Arabia and Iran are a passing phase ought to take a deep breath and remain calm. Although the current crisis is unlikely to lead to a military confrontation, a much hotter rivalry may be with us for some time. Indeed, the Saudi-Iranian cold war is going to be one of the defining features of the new Middle East. Here’s why.

1 – This isn’t your grandfather’s Iran or Saudi Arabia

Iran’s revolution and the rise of the mullahs in the late 1970s all but guaranteed a rivalry between Riyadh and Tehran. But recent tensions have more to do with the changing nature of both countries and how they see themselves and their role in the region. In short, this isn’t the Iran and Saudi Arabia of the 1990s.

Riyadh is feeling defensive and pressed by a perfect storm of challenges, including falling oil prices, mounting deficits, a costly war against the Houthis, and a rising Iran. Angry at the United States for courting Iran and not doing enough to pressure the regime of President Bashar al-Assad to end the Syrian civil war, Riyadh is acting uncharacteristically boldly in Yemen; supporting Sunni groups against Assad, some of which are close to al Qaeda; and, most recently, executing 47 individuals. including a prominent Shiite ayatollah, Nimr al-Nimr, as a warning to Shiite dissidents in the kingdom and to anyone outside who wants to challenge the regime.

Iran, on the other hand, is feeling emboldened by a nuclear deal that is likely to provide billions in sanctions relief and generate newfound legitimacy. At the same time, Tehran is determined to pursue its quest for regional influence and power by supporting the Assad regime, pro-Iranian Shiite militias in Iraq, and Hezbollah in Lebanon. It is also assisting the Houthis in Yemen. Iran has likewise continued to test the limits of the nuclear agreement by pursuing ballistic missile programs. It is counting on the United States’ desire to see the nuclear agreement implemented to prevent Washington from pressing additional sanctions. That Saudi Arabia has managed to line up a number of Gulf states to downgrade their ties to Iran will only deepen the fears of Iranian conservatives and provide additional ammunition to push back against the Sunni coalition.

2 – Hard-liners will keep the rivalry going

The execution of Nimr comes at a time when Tehran and Riyadh are both at political crossroads, with conservative elements on the rise. In Iran, the Saudi decision will play into the hard-liners’ hands in next month’s Assembly of Experts and parliamentary elections. The hard-liners are attempting to clip the wings of a president newly empowered by the nuclear accord. Iranian President Hassan Rouhani has long been seen as a proxy for Iranian rapprochement with Saudi Arabia, given his long-standing ties to former Iranian President Ali Akbar Hashemi Rafsanjani, who is known for his close relations with leaders in the kingdom. Back in the 1990s, Rouhani and Rafsanjani spearheaded a crucial diplomatic dialogue on security cooperation with Riyadh. And it was Rouhani who in 2014 argued that Iran’s relationship with OPEC’s largest oil producer “deserves to be warmer.” In an interview this summer, Rafsanjani dubbed cooperation with Saudi Arabia “a priority in our constitution.” In the end, the stars are aligned for conservatives to make these elections a referendum on the Rouhani administration.

The stakes of the elections—particularly that for the Assembly of Experts—are huge. The sanctum sanctorum of the assembly is legendary, being the body that supervises and selects the supreme leader. With rumors swirling around the Middle East for some time that Iranian Supreme Leader Ali Khamenei is in failing health, and with the assembly recently creating a committee to develop a list of suitable replacements, it is a distinct possibility that the next class of members will preside over the elevation of a successor.

In Riyadh, a combination of the recently inked nuclear deal with Iran, low oil prices, budget problems, subsidy cutbacks, and the war against the self-proclaimed Islamic State (also known as ISIS) has put pressure on the Saudi royal family to shore up its support among ultraconservatives. And there, the storming of the Saudi embassy in Tehran after Nimr’s execution fits right into King Salman bin Abdulaziz al-Saud’s hard-liner paradigm, which demands checking an increasingly reckless Iran. Salman’s court appears to be emboldened from the fallout, unilaterally canceling a cease-fire with the Houthis in Yemen shortly after the execution.

3 – ISIS and a Middle East meltdown will make things worse

The rupture between Iran and Saudi Arabia and other Gulf Cooperation Council states will only foment confusion, consternation, and suspicion in the key regional theaters—namely, Iraq and Syria. Iraq’s offer to serve as a mediator, and not as a meddler, in the conflict was a clear signal that Baghdad needs to placate a demoralized Sunni constituency, whose cooperation is necessary to stabilize the country. But some in Iraq’s Shiite community will demand a more forceful response, potentially weakening Prime Minister Haider al-Abadi in the process.

Consider the reaction to the beheading from some leading Shiites in the country: Moqtada al-Sadr, Asaib Ahl al-Haq, and the Badr Organization urged the government to refrain from opening the new Saudi embassy in the Green Zone. Ayatollah Ali al-Sistani condemned the execution as “unjust,” and former Prime Minister Nouri al-Maliki predicted the imminent toppling of the Saudi government. Such forceful reactions from leading Shiites will only reinforce the Sunni community’s worst fears—namely, reprisals—which makes the job of enlisting their help in the fight against ISIS all the more difficult in the next battle: Mosul.

In Syria, January 25—the date when representatives from the government and opposition are due to begin peace talks—is fast approaching. Syria’s foreign minister declared after the execution that the government was ready to participate in the talks, but it has demanded a list of those who will be allowed at the table and those who will be deemed terrorists.

Despite assurances from the foreign ministers of both countries that the current spat won’t affect the Geneva process, the rhetoric from key influencers in the conflict remains heated. Hezbollah chief Hassan Nasrallah opined, “When a regime loses its mind, that means it has reached the abyss. . . . The signs of the end of this corrupt criminal unjust Takfiri terrorist regime have begun to emerge. The killing of our brothers, the spilling of our blood will not go just like that and they must be afraid, they must hide.” And on Saturday, the Saudi foreign minister accused Iran of not behaving like a nation-state and warned of additional countermeasures “if [Iran] continues with its current policies.” That’s not to mention Tehran accusing Riyadh of targeting its embassy in Yemen.

All of these developments raise the risk of miscalculations and misunderstandings. In an already shaky diplomatic track fraught with mistrust and focused solely on Syria, the larger regional dynamic could thwart any progress. And as both sides continue to quarrel, ISIS will gain time and space to continue its global machinations.

4 – There is limited U.S. leverage to stop it

The administration of U.S. President Barack Obama would very much like to contain the fallout from the Iranian-Saudi rivalry. But even if it can manage to avoid escalation, the reality is that U.S. leverage with both Riyadh and Tehran has waned significantly. Indeed, one of the reasons the Saudi government is so defensive is that it perceives the United States as not tough enough with Iran. And Iran, sensing that Obama needs its help in Syria and for implementing the nuclear agreement, figures that it can play rough with Washington if necessary. Further, in the eighth year of a presidency, U.S. allies and adversaries are already looking well beyond this president.

In short, caught between a traditional friend worried about U.S. reliability and an adversary with whom it is has a stake in cooperating, Washington is unlikely to have much influence in reshaping the Saudi-Iranian rivalry or  either country’s determination to protect its  interests in a turbulent region.