In 2014, a black student applying to Oxford was half as likely to get in as a white student. Whose fault is this?

David Cameron is angry. Just 27 black students were admitted to Oxford in 2014, prompting the Prime Minister to rail against the university’s “ingrained, institutional and insidious” racism. Just 1 per cent of Oxford’s 2014 intake was black, compared to 5.3 per cent of those taking A-levels or equivalent qualifications.

The paucity of black students at Oxford says far more about Britain’s education system than the university’s access policy. Yet while Oxford does some sterling work to open its door to disadvantaged students – each year, the university spends over £5m on outreach work, £7m on financial support for students, and holds over 3,000 outreach events at schools throughout the UK – it has a very big problem too. 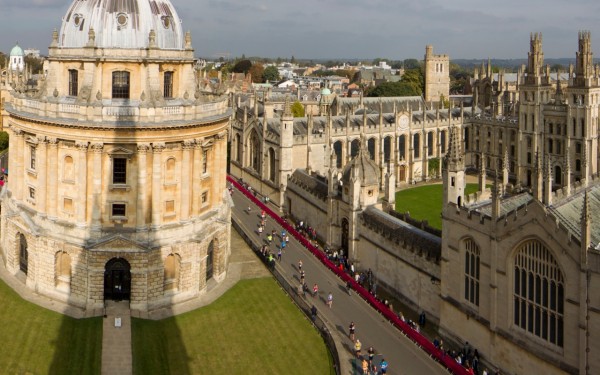 It fits into an appalling trend. Applicants to elite universities from state schools are over one-third less likely to succeed in their application than private school applicants with the same grades in the same subjects, according to Dr Vikki Boliver.

Why are privately educated children so much more likely to get into the best universities than state educated ones with identical qualifications? Some elite universities have failed to open up certain traditional subjects to those beyond private schools: for instance, Oxford admitted 76 independently educated pupils to study Classics in 2014, but a derisory 21 from state schools. While Oxford is hampered by the lack of Classics education in state schools, it could be more proactive in encouraging those to apply who have not learned Latin or Greek.

The university admissions system, especially at collegiate universities like Oxbridge, also lends itself to being exploited by those families most likely to suss out the college that maximises their child’s chances of being accepted. As colleges release more data about their admissions process, so the sharp-elbowed middle-classes have more ways to use it. “The more game-playing there is, the greater that will benefit the advantaged. They have much greater sources of intelligence,” Les Ebdon, the Director of the Office for Fair Access, told me last year. “Very often disadvantaged students often don’t have access to that sort of information.”

The sensible solution is a more centralised admissions process at collegiate universities, preventing students from benefiting from applying for a degree that happened to be under-subscribed at a particular college that year. But the zeal with which Oxbridge colleges protect their independence might prevent this ever happening.

Disadvantaged students are also less likely than equally qualified students from more advantaged backgrounds to be predicted to achieve the grades required for entry to Russell Group universities. The solution to this problem has long been apparent – all students applying to university after their A-levels – but continues to be ignored.

So there is plenty that universities could do to improve the chances of 18-year-olds from disadvantaged groups getting into institutions befitting their talents. But nothing would help as much as a transformation in school standards. The attainment gap between advantaged and disadvantaged students begins at birth – the Joseph Rowntree Foundation found “a considerable gap” in test scores between the richest and poorest three-year-olds – and only widens thereafter. To combat this, more needs to be invested in education at early years: the UK is one of few countries in the OECD to have larger class sizes in primary education than secondary school, and an emphasis needs on addressing the dearth of male primary school teachers is also long overdue.

Far too many disadvantaged children are also doomed because of where they grow up. There is a huge postcode lottery faced by children of identical socioeconomic circumstances, as a new Social Mobility and Child Poverty Commission report highlights. In Norwich, which ranks 323rd out of 324 local authorities in England for social mobility for disadvantaged students, just 38 per cent of those eligible for free school meals attend a secondary school rated good or outstanding, compared to 83 per cent of those in Westminster, the best local authority in England for disadvantaged students to grow up in. Little wonder that children on free school meals in Westminster are three times as likely to achieve five good GCSEs and get into higher education.

While young people of each ethnic group face specific challenges that prevent them from realising their potential, the common obstacles they face are more important than what divides them; indeed, black children who receive free school meals perform far better than white children who do. Cameron was right to rail against the derisory number of black students at Oxford and other elite universities. But he was wrong if he thinks this is a problem confined to the black community: the best universities have an appalling lack of disadvantaged pupils from all ethnic groups.