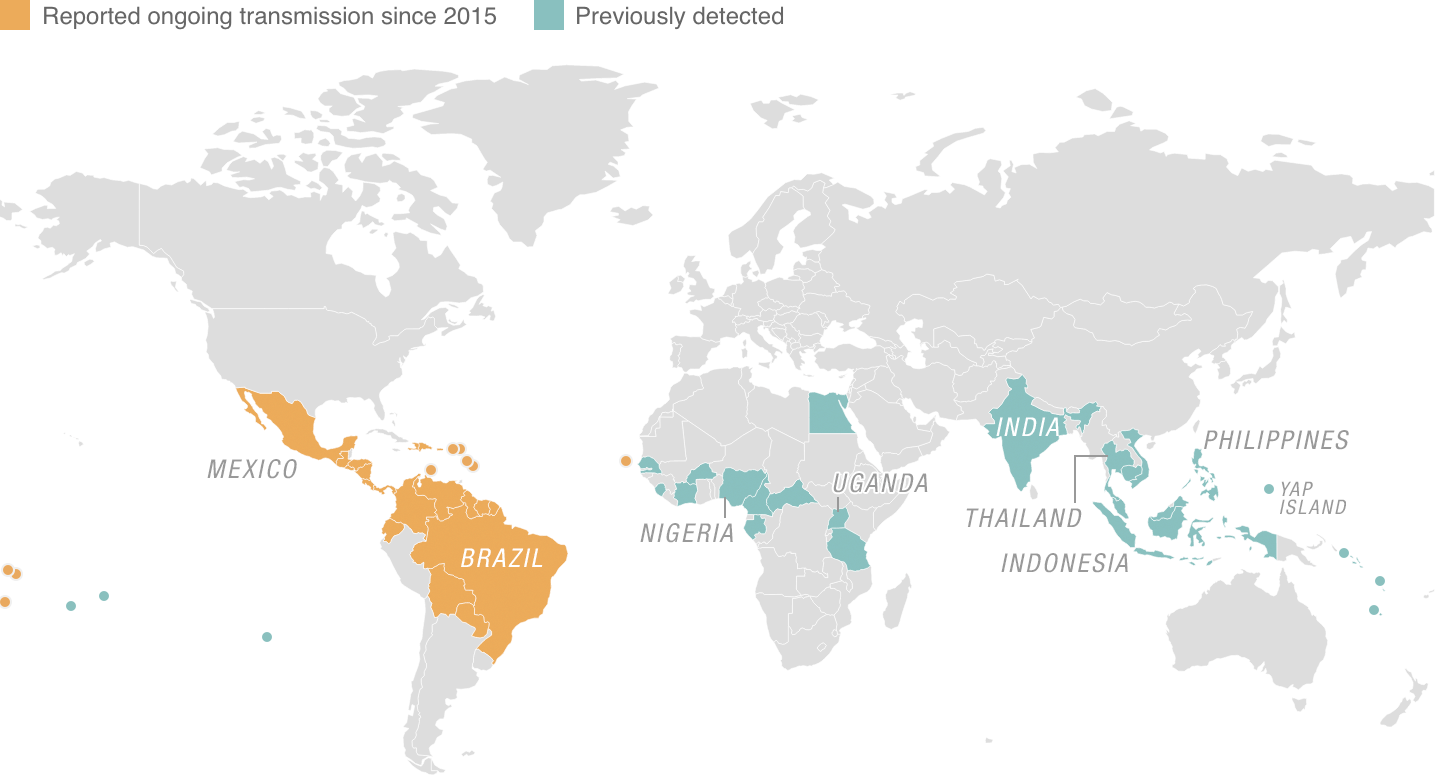 The Zika virus has gone from an obscure disease to an international public health emergency.

Researchers have been able to trace the gradual spread of Zika — slowly for decades and then, in the words of World Health Organization head Dr. Margaret Chan, “explosively” since 2015, when it was first detected in Brazil. Now the virus has reached more than 20 countries and territories in the Americas. In Brazil, there have been 500,000-plus cases. Thousands of babies have been born in Zika-affected regions with the birth defect microcephaly (although a causal relationship has not yet been scientifically established).

Whether there is a link to microcephaly is one of many unanswered questions about this outbreak. But one thing is certain — the emergence of Zika, as seen on these maps, reflects the shrinking world we live in. “Individuals can get on a plane and cross great distances in a short period of time,” says Dr. Nikos Vasilakis, a professor in the department of pathology at the University of Texas Medical Branch in Galveston. And when they harbor diseases, a little-known virus can suddenly turn into a global concern.

Where The Zika Virus Has Been Found, 1947-Today | Alyson Hurt/NPR

The virus was first identified in a rhesus monkey in the tropical Zika Forest in Uganda. The monkey was part of a study to identify viruses carried by mosquitoes. Researchers found that the monkey contracted a “hitherto unrecorded virus.”

Evidence of human infection was found in a number of countries in Africa, including Central African Republic, Egypt, Gabon, Nigeria, Sierra Leone, Tanzania and Uganda. As a rule, the number of cases over the decades was relatively small, but that could reflect the fact that symptoms are mild, nonexistent or mistaken for those of other viruses. There was an outbreak of significance in Nigeria in 1973, says Vasilakis, but “we will never know” numbers because patients often show no symptoms or symptoms may be mistaken for those of other infectious diseases.

Evidence of human infection was found in some Asian countries, including India, Indonesia, Malaysia, the Philippines, Thailand and Vietnam.

In April 2007, an outbreak began in Yap Island in the Pacific Ocean — the first detection of the virus outside the African and Asian continents and the first evidence that Zika could spread rapidly through a population.

More than 70 percent of residents — an estimated 5,005 cases out of 7,391 residents — were infected by Zika. They generally had the mild symptoms associated with the virus. There were no reports of the birth defect microcephaly among babies born to women who contracted Zika while pregnant.

It was suspected that mosquitoes had brought the disease to Yap Island. But Vasilakis says a previously infected human visitor could have been bitten by local mosquitoes, which then spread the virus.

An American medical volunteer who visited Yap Island in June became infected and began to show Zika symptoms in the U.S. on July 7.

An outbreak occurred in the islands of French Polynesia, with an estimated 20,000 possible cases, and spread to other Pacific Islands: Cook Islands, Easter Island, New Caledonia, Solomon Islands and Vanuatu.

It is not known how the virus was introduced to French Polynesia. Researchers are now looking at possible cases of neurological damage to babies born to a mother who was infected with Zika virus during her pregnancy. As for the spread to the other islands, Vasilakis says, “There’s lots of interisland traffic, people going from island to island. That’s the most likely mode of transmission.” 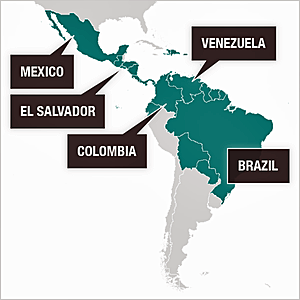 In the current outbreak, the rough estimate of cases in Brazil is 500,000 to 1.5 million, although it could be higher because many people who are infected show no symptoms.

The current list of countries and territories with reports of ongoing transmission in the Americas is as follows:

Also on the list are American Samoa, Samoa and Tonga in the Pacific and Cape Verde off the west coast of Africa.

An imported case refers to an individual who contracted Zika in one country, then traveled to another country and was diagnosed with the virus there. In 2015 and so far this year, more than a dozen such cases have been reported in the U.S.

Vasilakis cites four or five cases in Florida, in individuals returning mainly from Venezuela and Colombia. There were several cases in Texas of people traveling from Latin America as well as a case where a person who contracted Zika outside the U.S. transmitted it to another person through sexual contact. And there was “the famous case in Hawaii,” Vasilakis says, of a woman who was in Brazil while pregnant. Her baby was born with microcephaly, the birth defect that has been linked to Zika.

On Jan. 19, 2016, the first imported case of Zika virus was identified in Taiwan in a man from Thailand whose fever was detected upon arrival in Taiwan on Jan. 10 and who was subsequently tested. He likely caught the virus from a mosquito in Thailand, where there have been cases in the past. Spain has also confirmed that a pregnant woman, traveling from Colombia, has Zika.

But there has not been ongoing transmission in these countries (with the exception of the U.S. territories of Puerto Rico and the U.S. Virgin Islands).