There are warnings that the humanitarian caseload could exceed the Syrian crisis. 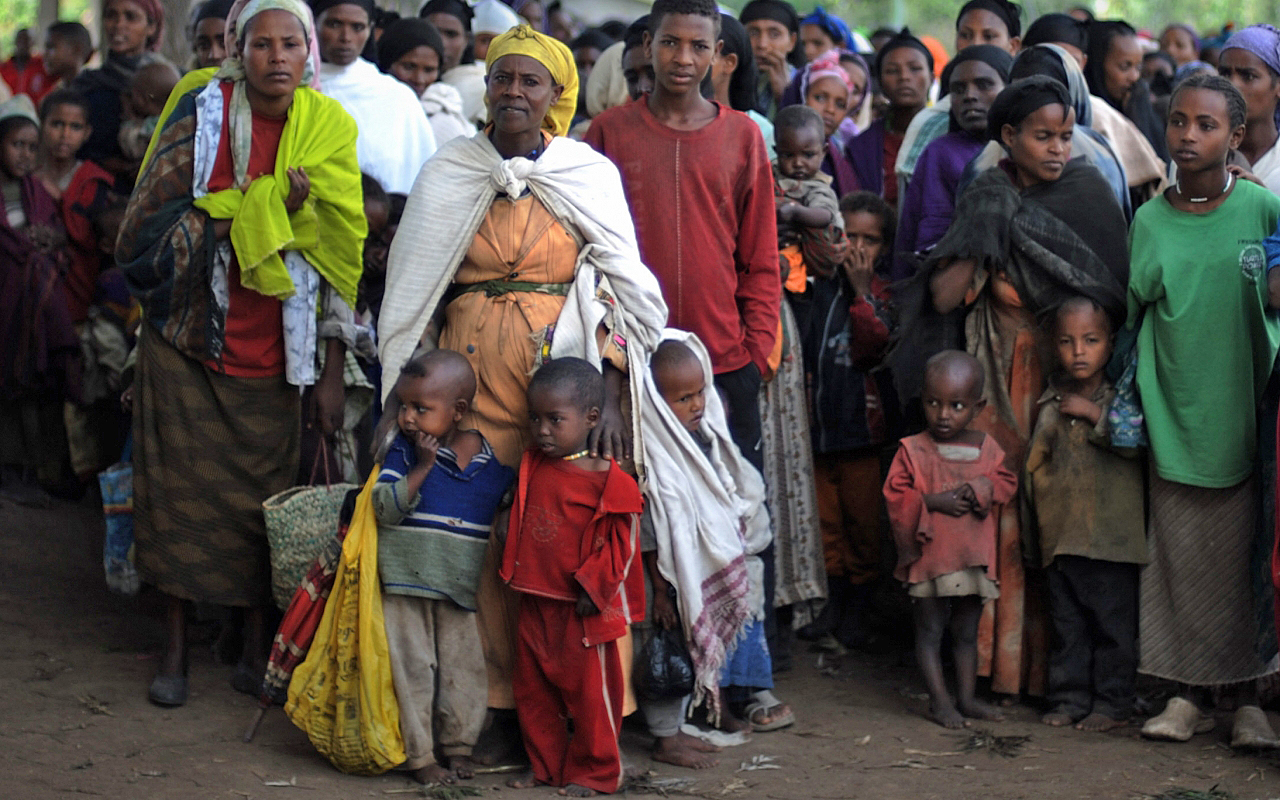 The scale of the drought now gripping the Horn of Africa is only beginning to be grasped.

While the BBC and some other media outlets have given it some coverage, this has only really touched the surface of the problem. Most quote a figure of 10 million Ethiopians requiring food aid. This is the number provided by the Ethiopian government, but looks wide of the mark.

The authoritative Famine Early Warning system has been using a figure of 15 million since early December. The organisation described Ethiopia as “the country with the largest acutely food insecure population in the world”. It concludes that: “Already, significant populations in northern Somali region and southern Afar are in Emergency (IPC Phase 4), meaning that they are unable to access adequate food for survival and face an increased risk of malnutrition and mortality.”

This is just one step away from famine, yet these warnings cover only Ethiopia. There is every indication that the situation in neighbouring Eritrea (as well as tiny Djibouti) is just as severe.

The difference is this: the Ethiopian authorities have had the courage to call for help. The Eritrean government has not.

All that is definitively known about the Eritrean crisis is that the rains have failed. This map shows the drought extending from northern Ethiopia deep into Eritrea’s highlands and western lowlands. 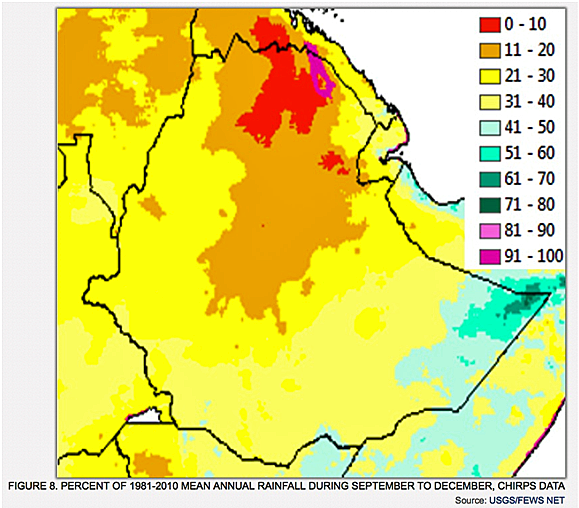 With large parts of Eritrea’s most productive farms receiving less than 20 per cent of the average rainfall, there is little chance of much of a harvest.

Although this is well understood by aid officials and the UN they are silent about what is unfolding. Maps indicating the needs of the populations are blank north of the Ethiopian border.

There is a good reason for this. The Eritrean government has clamped down on all independent sources of information.

In 2005 the Eritrean government began demanding that taxes be paid on aid imported into the country to help the Eritrean people. Aid agencies objected, and when they refused to pay six Italian agencies were asked to leave. They were followed by Irish Concern, ACCORD and the US-based mercy mission. Today, even the UN has its operations severely curtailed.

Until the Eritrean government admits the scale of the crisis there is little that the international community can do. And since no independent media – national or international – are based inside the country, no one is sounding the alarm.

The British government has come closest to describing the situation. In December development minister Nick Hurd revealed in a written answer that: “Official food security and nutrition data for Eritrea for this year has not yet been released, but the late onset of rains, relatively low volume of rainfall, and significant soil moisture deficits are likely to have had a negative impact on both farming and pastoral communities.”

Why is drought leading to famine?

Even though Ethiopia has called for help, some suggest a crisis is unlikely to be avoided.

The veteran French journalist, Rene Lefort, points out that the port of Djibouti, through which most foreign grain must flow, is unlikely to be able to handle the volumes. “It manages usually around 500,000 tons per month. Can it deal with an additional 2 million tons, and with what kinds of delay?”

The tragedy is that Ethiopia’s natural gateways to the sea, the Eritrean ports of Assab and Massawa, have lain idle since the border war between the two countries (1998 – 2000).  The frontier is closed, disrupting ancient trade routes that have served these communities well.

There is another – unspoken – issue: population.

Ethiopia’s “biblical” famines of 1973 – 74 and 1984 – 85 left hundreds of thousands dead, probably around 200,000 and 400,000 respectively. The first resulted in the overthrow of Emperor Haile Selassie; the second contributed to the end of the Marxist regime of Mengistu Haile Mariam.

Since the first of these tragedies, the population of Ethiopia has quadrupled – from around 26 million in 1973 to around 100 million today. Highland farms (tiny patches of land, eroded by decades of intensive agriculture and subdivided down the generations) can barely feed a family in the best of times. Many still use wooden ploughs, pulled by a single donkey or an ox.

Even in normal years some 7 or 8 million Ethiopians require international food aid to survive. This is euphemistically known as the government’s “Productive Safety Net Program”. Every year this programme is underwritten by Ethiopia’s major ally – the United States – at an annual cost of $100m.

This year el-Nino and the drought it has brought has exacerbated the situation. But these droughts are cyclical and it was inevitable that another drought of this magnitude would return to the region. It was only a matter of time.

For Ethiopia, the picture is not entirely negative. The country has enjoyed rapid growth in recent years – in excess of 8 per cent a year for the past decade. The authorities have greater resources to draw upon. And Ethiopia recently signed a border agreement with Kenya that could allow increased freight to be brought in by road.

But no one should underestimate the impact of the drought and the looming threat of famine. There are warnings that the humanitarian caseload could exceed the Syrian crisis. These are desperate times as millions across the Horn of Africa hope for rain and eke out a living until the next harvest arrives.