Elections in African countries can be troublesome things, but when the same leader has been in power for more than 25 years, citizens should start to worry 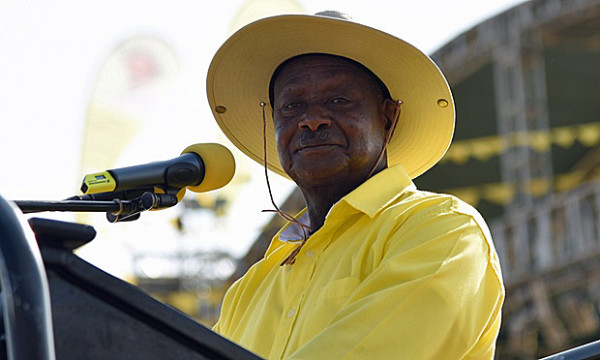 In recent months, headlines from Africa have been dominated by Big Men who just won’t go away.

On 18 February, Ugandans went to the polls, with President Yoweri Museveni, who has ruled the country since he came to power as a victorious rebel leader in 1986, looking to extend his 30-year rule.

It went according to script: arrest and harassment of opposition rivals, a chaotic vote, stuffed ballot boxes, Facebook and Twitter blocked, and the chief emerges victorious.

Museveni sits at the high table of Africa’s longest-serving leaders: Equatorial Guinea’s Teodoro Obiang Nguema Mbasogo, Angola’s José Eduardo dos Santos and Zimbabwe’s 92-year-old Robert Mugabe have all been in charge for 36 years – the latter as prime minister then president; and Cameroon’s Paul Biya has been in power for 33 years.

Though not an exemplary democrat, Museveni nevertheless still has a passable report card. He turned around a broken economy, and his government has reduced the country’s poverty level to about 19% (pdf).

The corruption and repression of latter years have taken some of the shine off those achievements, but still don’t add up to a definitive case against long-term leaders.

Ethiopia, the hottest economy on the continent, is a dictatorship-lite. The ruling EPRDF took all 546 seats in parliament last year, snatching the opposition’s sole seat. Ethiopia’s economy is doing much better than Zambia and Malawi, which do have presidential term limits.

A big man who ends a brutal dictatorship and starvation – in this case Ethiopia’s late Meles Zenawi – will have a lot of political authority to push through reforms. Such power cannot easily be secured by a politician who made dodgy backroom deals to secure electoral victory.

However, what is clear is that while some long-term leaders have delivered decent development results, one danger is almost a given: the longer they stay beyond 25 years, the higher the risk that their countries will implode when they leave.

The best example can be found in Ivory Coast after Félix Houphouët-Boigny, who led his country for 33 years, died in 1993. He was urbane and Francophile, and there have been few African leaders with his progressive views on issues like citizenship.

During Houphouët-Boigny’s time in power, Abidjan was dubbed the “Paris of Africa”, and he built a prosperous cocoa-fuelled economy. But he wouldn’t have recognised the Ivory Coast that plunged into a civil war a few years after his death. If any African nation led by a long-term ruler was ever to survive convulsions, Ivory Coast should have been the best candidate.

This would suggest that while long-term rulers can sometimes be effective in stabilising broken countries – and rebuilding fragmented societies is easier done without the vexations of competitive politics – it is an ill-advised form of stewardship for a country seeking political maturity.

Troubles associated with elections and other democratic experiments in Africa are not always without benefit. A society learns to manage risk and pull itself back from the mouth of the grave. In 2008, Kenya was hit by the worst violence since independence from British colonial rule in 1963, following a dispute over the election. It took former UN secretary general Kofi Annan just over a month to get the main player to agree to the formation of a national unity government that divided the political spoils between then President Mwai Kibaki’s camp and his rival, Raila Odinga.

It was an unusually fast settlement, considering that in South Sudan a political deal to attempt to end the fighting has taken nearly two years, while months of on-off talks have failed troubled Burundi.

South Sudan and Burundi lack Kenya’s long history of elections, some when it was a one-party state. Kenya’s heavy-handed and influential founding father, Jomo Kenyatta, died in 1978 after 14 years in office, and was succeeded by the gruff Daniel arap Moi. Moi left the country a shell of its former self by the time he stepped down in 2002. But while Moi left quietly, in some ways the post-election violence of 2008 had as much to do with his long rule as it did with alleged fraud.

The epicentre of the violence was the Rift valley, where attacks targeted mostly Kikuyu “migrants” from central Kenya – the community from which Kibaki hailed. Moi is from the Rift valley and, during his 24 years in office, an elite from that region rose to power, captured the state, and shook it down. Moi’s departure from office left many of them at sea and, when the political coalition they were backing seemed to have been robbed in the polls, an explosion was almost inevitable.

I liken this to Iraq’s “Baathist problem” after the ousting of Saddam Hussein in 2003 and the dismantling of his Baathist political and security apparatus. After years of the party they supported being their meal ticket, a whole population can become highly alienated when everything is taken away.

There’s hardly a single African country that has both marvellously survived a long-term leader’s rule and gone on to prosper without missing a step. So, while there might sometimes be a case for dating an African Big Man, history tells us you should not marry him.