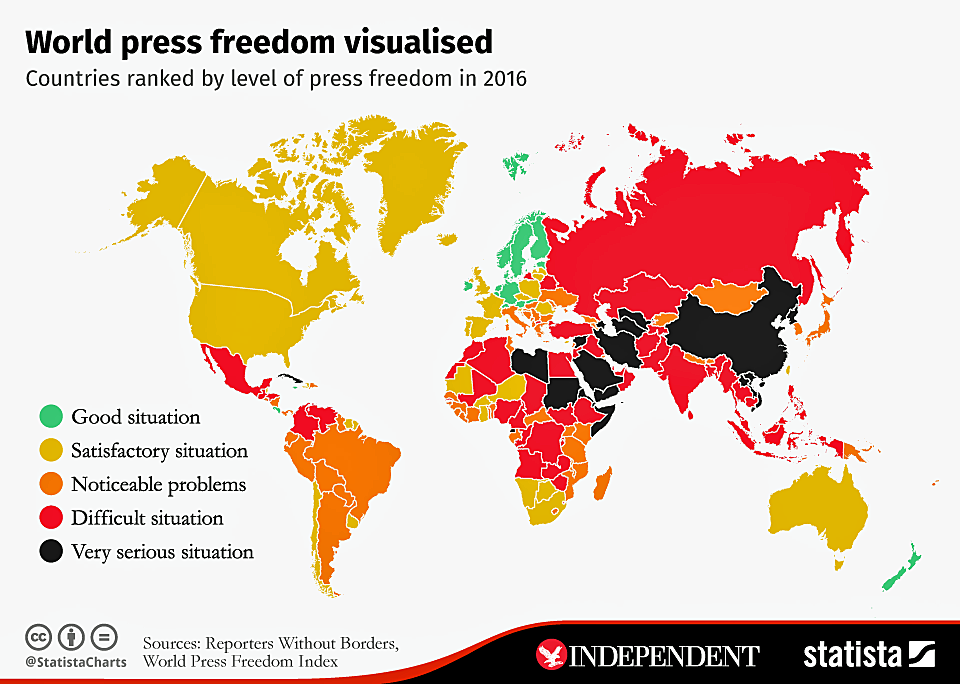 This map shows the countries where journalists are free to report the news – and the places in which the media is most strictly controlled.

The nations with the least press freedom are Eritrea, North Korea and Turkmenistan.

The map, created for the Independent by statistics agency Statista, uses data from the Reporters Without Borders (RSF) 2016 World Press Freedom Index, which assessed how much freedom the media holds in 180 countries.

Press freedom around the world has fallen by nearly four per cent since last year, according to the report’s measurements.

The secretary-general of RSF, Christophe Deloire, wrote in a statement that many world leaders are “developing a form of paranoia about legitimate journalism”, resulting in clampdowns on debate and independent reporting.

The country with the highest degree of press freedom is Finland, followed by the Netherlands, Norway, Denmark and New Zealand, which are all classed as having a “good situation” when it comes to reporting.

While Europe is still by far the continent with the highest degree of press freedom – followed by Africa, which overtook the Americas for the first time this year – it is far from perfect and the situation is worsening, according to RSF.

“The continent that respects media freedom most seemed to be on a downhill course,” RSF said in its report.