Detailed plans, copies of which have been seen by the New Statesman, lay out a programme of co-operation with some of Africa’s most notorious regimes. The aim is to curtail the exodus of African refugees, whose arrival in Europe has become such a toxic political question. 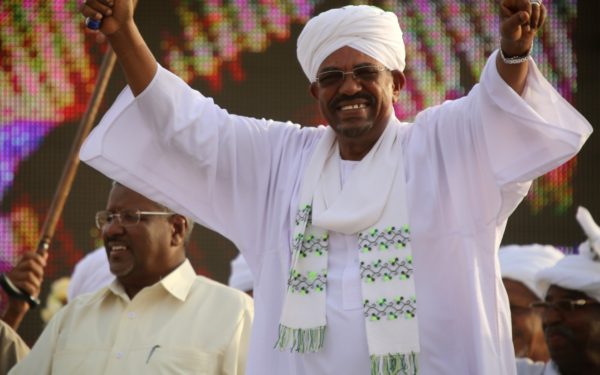 The first inkling that this was under way was provided by the New Statesman last November. Now the German magazine, Der Spiegel and the television programme Report Mainz have given details of how this will be implemented.

The magazine says Germany is leading this work, but that the European Commission has warned that “under no circumstances” should the public learn what was said during talks that were held on 23 March.  A staff member working for Federica Mogherini, the EU High Representative for Foreign Affairs, warned that Europe’s reputation could be at stake.

The EU is fully aware of just how dangerous these proposals really are. Under the heading “Risks and assumptions” the document states:

“Provision of equipment and trainings [sic] to sensitive national authorities (such as security services or border management) diverted for repressive aims; criticism by NGOs and civil society for engaging with repressive governments on migration (particularly in Eritrea and Sudan).”

The detailed proposals outline a range of requirements for nine African states, from Uganda to Djibouti. But the most controversial involve proposed deals with Sudan, Eritrea and Ethiopia. The Sudanese President Omar al Bashir is wanted for war crimes by the International Criminal Court; Eritrea is being investigated by the UN for crimes against humanity; Ethiopia has repressed its largest ethnic group, the Oromo people.

Despite these gross violations of human rights the plans envisage Sudan receiving a range of computers, scanners, cameras, cars and all the necessary training at 17 border crossing points. Two “reception centres” are proposed at Gadaref and Kassala, on Sudan’s eastern border with Ethiopia and Eritrea.

The Eritreans are promised training for the judiciary and what is described as “Assistance to develop or implement human trafficking regulations.” Eritrean border patrols have orders to “shoot to kill” any refugee attempting to flee across the border. EU funding could fund the strengthening of this policy.

Ethiopia is offered equipment and training to “improve border surveillance”, as well as building the capacity to investigate and prosecute anyone involved in the smuggling.

At the same time the EU admits that the states concerned are riddled with corruption – often involving the officials who would have to implement these policy recommendations.

Despite these identified risks the proposals have been taken forward.

An EU spokesman, contacted by the New Statesman, denied that they are yet being implemented. “There are currently no plans to provide equipment to the Sudanese Government and there are no plans at all to build reception centres in Sudan.” But  when pressed on whether the documents were forgeries, the spokesman made no reply.

The EU’s proposals were discussed in London. The British government is an integral part of these considerations. The development ministry – DFID – confirmed that all EU members were contributing funds to tackle illegal trafficking, but said that the programme was “at a very early stage”. The spokeswoman then repeated the EU’s  denials regarding Sudan.