Two days after Zimbabwe’s Independence Day, a pastor started an online movement by sharing a video about his disappointment in his home country.

Two days after the 36th anniversary of Zimbabwe’s independence from white minority rule, Zimbabwean pastor and motivational speaker Evan Mawarire shared a video expressing his feelings towards his home country – and inadvertently started an online movement.

“This flag, this beautiful flag, they tell me that the green is for the vegetation and the crops. I don’t see any crops in my country. The yellow is for all the minerals… I don’t know how much is left. I don’t know who they sold it to and how much they got for it. They tell me that the black is for the majority people like me and yet for some reason I don’t feel like I am a part of it,” Mawarire says.
The video has been watched over 26 000 times thus far, and prompted the hashtag #ThisFlag on Twitter. Zimbabweans took to Twitter, Facebook and Instagram to openly vent; sharing their stories of disappointment and anger in politicians, the mismanagement of Zimbabwe’s resources and how they no longer fear reprisals. 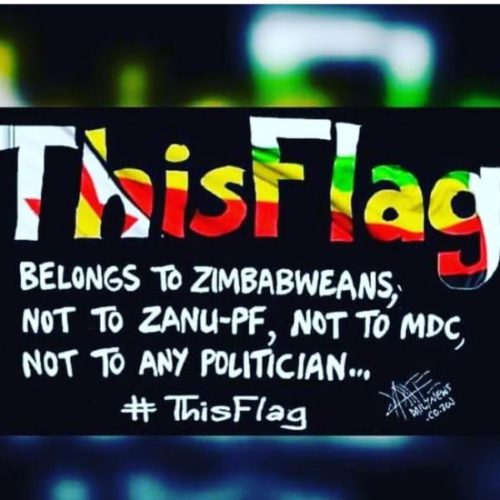