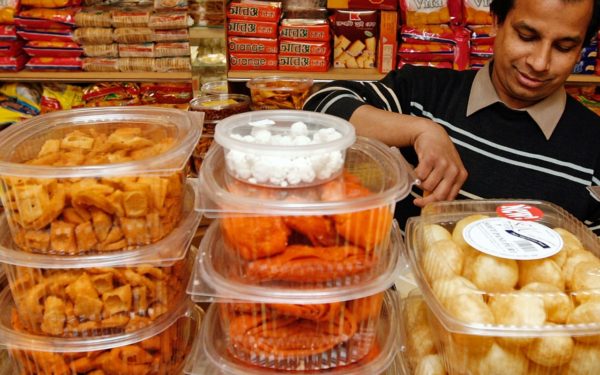 No day is complete without fears about immigrants failing to integrate in Britain. Romanians, Bulgarians and Syrians are among the ethnic groups now seen to be a burden on society, poorly educated and with few in good jobs, if in work at all.

A generation ago, much the same was said of the Bangladeshi community. Tower Hamlets, where the concentration of Bangladeshis is greatest, was the worst performing local authority in England until 1998. Until 2009, British Bangladeshis in England performed worse than the national average.

Today the Bangladeshi population is thriving: 62 per cent got five good GCSEs, including English and Maths, in 2015, five per cent above the average. The improvement among the poorest Bangladeshis has been particular spectacular: the results of Bangladeshis on Free School Meals (FSM) improved more than any other ethnic group on FSMs in the last decade, according to analysis of Department for Education figures.

The success of Bangladeshi girls, who outperformed boys by eight per cent in 2015, is particularly striking. Increased gender equality in Bangladesh – the gender pay gap fell 31 per cent from 1999-2009 – has led to Bangladeshi parents in England taking female education more seriously, says Abdul Hannan, the Bangladesh High Commissioner in the UK. He traces the development back to 1991, when Khaleda Zia became the first female prime minister in Bangladesh’s history; the country has had a female prime minister for 22 of the last 25 years.

The roots of the Bangladeshi population in Britain might be another factor in their success. The majority of Bangladeshis in the country hail from the city of Sylhet, which is central to Bangladesh’s economy and politics, and renowned for its food. “Our forefathers were the pioneers of the curry industry and we have followed in their footsteps,” says Pasha Khandaker, owner of a small chain of curry houses in Kent, who was born in Sylhet. Brick Lane alone has 57 Bangladeshi-owned curry houses; throughout England, around 90 per cent of all curry houses are owned by British Bangladeshis, according to the Bangladesh High Commission.

Other ethnic groups are less lucky. The skills and social and cultural capital of the British Pakistanis who originate from Mirpur, less integral to Pakistan than Sylhet is to Bangladesh, leave them less able to succeed in Britain, says Dr Parveen Akhtar, from the University of Bradford. The Bangladeshi population is also less constrained by kinship ties, Akhtar believes. In some British Pakistani communities, “individuals can live their lives with little or no contact with other communities”.

Younger British Bangladeshis have benefited from how their parents have become integrated into British life. “The second generation of Bangladeshi children had better financial support, better moral support and better access to education,” Hannan says.

As Bangladeshis have become more successful, so younger generations have become more aspirational. “Before you were an outlier going to university. As more people did it started to open the doors,” says Rushanara Ali, who became the first MP born in Bangladesh in 2010. She has detected an “attitude change about university for boys and girls.” Nasim Ali, a Bangladeshi councillor in Camden believes that, “the focus was on young people getting jobs when they turned 16” a generation ago, but now parents are more willing to spend extra money on tuition.

Huge challenges remain. While the employment rate of Bangladeshis has improved – the proportion of women in work has risen by one-third in the last five years, according to research by Yaojun Li, from the University of Manchester – it still lags behind educational performance. Nine per cent of working age Bangladeshis are unemployed, almost twice the national average, Li has found. It does not help that the 12,000 Bangladeshi curry houses in Britain are closing at a rate of at least five a week. This does not reflect a lack of demand, says Khandaker, who is also President of the Bangladesh Caterers Association, but the government’s immigration restrictions, making it harder to find high-skilled chefs, and the increased ambition of young Bangladeshis today, who aspire to do more than work in the family business.

But, for all these concerns, as the soaring Bangladeshi children of today progress to adulthood, they will be well poised to gain leading jobs. David Cameron has said that he wants to see a British Asian prime minister in his lifetime. Hannan tells me that he is “positive that one day we will see someone from Bangladesh in the leadership”.

Nothing would better embody the sterling rise of the 600,000 British Bangladeshis. In an age of fear about immigration, the success of the Bangladeshi population in Britain has a deeper resonance. It shows that, with the right support, migrant communities can overcome early struggles to thrive.

Tim Wigmore is a contributing writer to the New Statesman and the author of Second XI: Cricket In Its Outposts.