Governments of countries key to the migration crisis are tapping diaspora influence more than ever before. 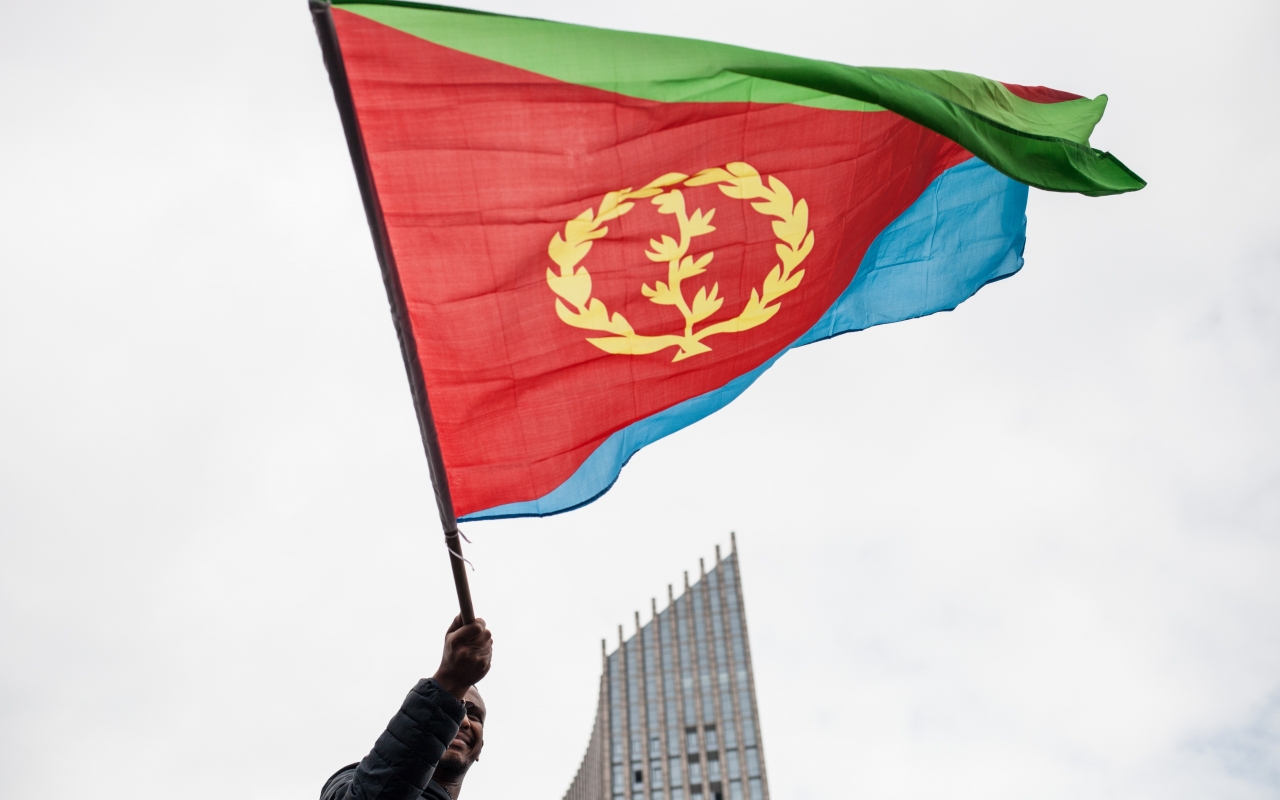 Last month, on 21 June, thousands of Eritreans descended on Geneva and marched across the city, finally stopping at the Place des Nations in front of the UN. The demonstrators had come from across Europe: Italy, Germany, London, and a young man who looked blankly at my French and English questions before exclaiming “Svenska!” (“Swedish!”).

They were here to denounce a recent report by the UN Human Rights Council condemning widespread violations of basic rights in Eritrea. According to the protesters, the report was based on shoddy research and is biased and politically-motivated: “Stop regime change agendas!” said one banner.

Two days later, a similarly sized group of Eritreans marched in the same direction, for the opposite reason. This contingent, 10,000-strong according to the organisers, wanted to show their backing for the report, which highlights many of the problems that led them to leave the Horn of Africa in the first place. Forced conscription, extrajudicial killings, and official impunity, all pinpointed by the UN inquiry, have driven a mass exodus to the surrounding region and beyond. In 2015 alone, 47,025 Eritreans crossed the Mediterranean to request asylum in Europe.

Two things stood out. First was the sharp polarisation of the Eritrean diaspora community in Europe, which muddies the waters for outsiders trying to make sense of the situation: how can one side say everything is fine while the other claims massive abuses of rights?

Second was the sheer engagement of this diaspora, some of whom may never have set foot in Eritrea. They had come from across Europe, with or without the help of funding, to stand on a rainy square and fight for the narrative of their nation.

As an Irishman abroad, would I have the commitment to jump on a plane for a political protest with no certain outcome? I probably wouldn’t, but then again my country is not just 25 years old and still struggling to define itself on the international stage.

Individual stakes are also much higher for people like Abraham, an Eritrean in Switzerland who told me how he was forced into the army for seven years before managing to escape via Sudan two years ago. With two children still in Asmara, he has significant skin in the game.

As for the naysayers, they are also under certain pressure. Some reports suggest that the government in Asmara exercises extensive power in certain diaspora circles, threatening to cancel the citizenship of those who denounce the regime or refuse to pay 2 per cent income tax each year.

Ultimately, such a situation can only lead to a committed kind of polarisation where pro-government supporters need to publicly demonstrate their backing, and the anti-government kind have nothing left to lose.

But on a more benign level, the idea of states systematically harnessing the power of the diaspora for domestic gains has also been growing elsewhere – including in Ireland. Historically a nation of emigrants, Ireland has seen its diaspora swell even further following the economic downturn: OECD figures estimate that one in six Irish-born people now live abroad.

In an age of networks and soft power, this represents a sizeable demographic, and a well-educated and well-off one to boot. The government has clearly recognized this. In 2009, the first Global Irish Economic Forum was held to tap into the business know-how of expats, and has since taken place biannually.

More importantly, two years ago the first Minister for the Diaspora was appointed, tasked with taking overall charge of engagement efforts: no longer simply cultural ambassadors operating Irish bars abroad, emigrants are economic and political seeds to be cultivated. A referendum is planned next year on whether to grant them the right to vote from abroad in presidential elections.

Elsewhere, in Germany, the 3m-strong Turkish population has attracted renewed interest from the government of Recep Tayyip Erdogan in recent years. According to a 2014 paper by think tank SWP, Ankara now explicitly designates these Turks abroad as a “diaspora” rather than a scattered group, and adopts clear public diplomacy efforts, channelled through cultural centres, to tap their influence.

This has sometimes rankled in Berlin: although Ankara’s diaspora policy encourages citizens to learn German and integrate into German society, the underlying motivation is one of Turkish self-interest rather than benign assimilation. In a battle for the front-foot, German immigration policy clashes with Turkish emigration policy.

Intra-EU movements, largely unhampered by visa questions, have also become substantial enough to warrant attention. For example, hit hard by the economic downturn and austerity measures, many educated Spaniards and Portuguese have flocked to Northern European cities to seek employment.

London, a melting pot of diasporas from all over the world, is reportedly home to more French people than Bordeaux: together they would make up the sixth largest city in France. As countries continue to rebuild following the financial crisis, forging a connection to the skills and political power of such emigrants is a policy imperative.

And if no other EU country, aside from Ireland, has introduced a dedicated minister for this, the growing economic potentials may spur them to do so.

Diasporas have been around for millennia. Why are governments getting so interested now? And what does it mean for the future of citizenship, nationality, and identity?

Technology is one obvious game-changer. Diasporas not only have more options to keep in touch with their home country, but with so much of daily life now happening on virtual platforms, they also have less reason to integrate in their host society.

It is now almost feasible to ignore the surrounding communities and live quite comfortably in a bubble of media and connections from back home. This then works both ways, with governments increasingly willing to use such communications to maintain links. The “imagined spaces” of nations are morphing into “virtual spaces”, with unpredictable consequences for traditional models of integration.

Marco Funk, a researcher at the EU Institute for Security Studies in Brussels, says that the growing ease of mobility compounds the idea of “people moving from one country to another and staying there” as simply out-of-date.

The coming years, he says, will be marked by patterns of “circular migration”, where citizens hop from one country to another as whim and economic opportunity arise. Governments, especially in an increasingly stagnant Europe, will likely try to beef up links with this mobile generation, especially since it is often pulled from the more educated classes.

Fearing a “brain drain”, yet unable to keep the talent at home, they may foster a more fluid system of “brain exchange”: the diaspora as a mobile resource rather than physical loss.

Of course, none of this will be straightforward, especially at a time when a major fault-line around the world is the future of globalisation and migration. An uptick in nationalist tendencies may mean that diasporas will find themselves (once again) unwilling pawns on a political chessboard, protected or manipulated by governments back home while scapegoated by segments of their host societies.

But one thing is sure: even as walls are rebuilt, diasporas will not disappear, and governments are recognising their power. All politics may remain local, but the local now knows no bounds.