The tables could finally be turning for the Zimbabwean strongman.

A press conference was held in Harare on Wednesday by former Zanu-PF youth chairman for Mashonaland Central Godfery Tsenengamu. Tsenengamu made some statements quite unlike the usual reverence reserved for Zimbabwe’s president.

The former youth chairman directly attributed Zimbabwe’s problems on Robert Mugabe and his partner, Grace Mugabe calling them a liability to both Zanu-PF and the country.

Tsenengamu, who was once a staunch supporter of Mugabe and a member of the inner group of youth leaders often likened to a ‘praise and worship’ choir held nothing back in his indictment of the 92 year old president. Tsenengamu readily admitted he was a member of the ‘Mazowe Crush’ group that backed Mugabe’s wife on her tour of the country’s provinces denigrating members of Zanu-PF’s leadership that had been targeted for expulsion. He further accused Mugabe of adopting the same antagonistic tactics employed by the former prime minister of Rhodesia, Ian Smith, who once promised that white rule in Africa would endure for 1,000 years.

He claims in 2014 the youth leaders from seven provinces were called to a clandestine meeting at the state house by Mugabe to be briefed on how and why they should take on the top leadership of ZANU-PF including then Vice President Joyce Mujuru on the pretext that they wanted to stage a coup in both the party and the country. Mugabe allegedly informed the group his life was in danger from within the party. Mugabe was also reported to have painted himself as an embattled nationalist father figure who was under siege for standing for national interests.

Read the scanned copy of the Press Statement by the founder of the Save Zanu-Pf campaign who was also a former Zanu-PF youth leader for Mashonaland Central province.

See the full statement below: 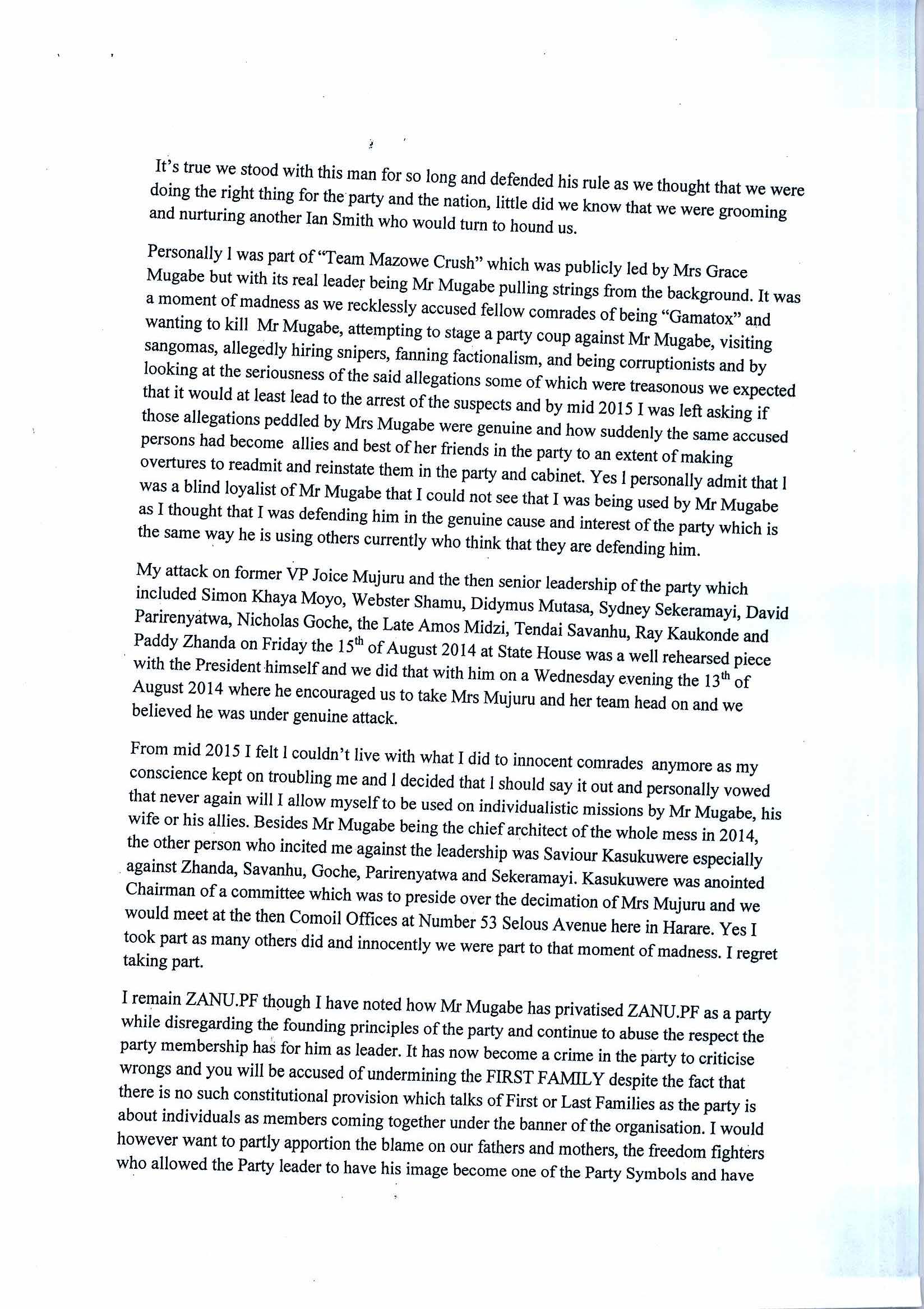 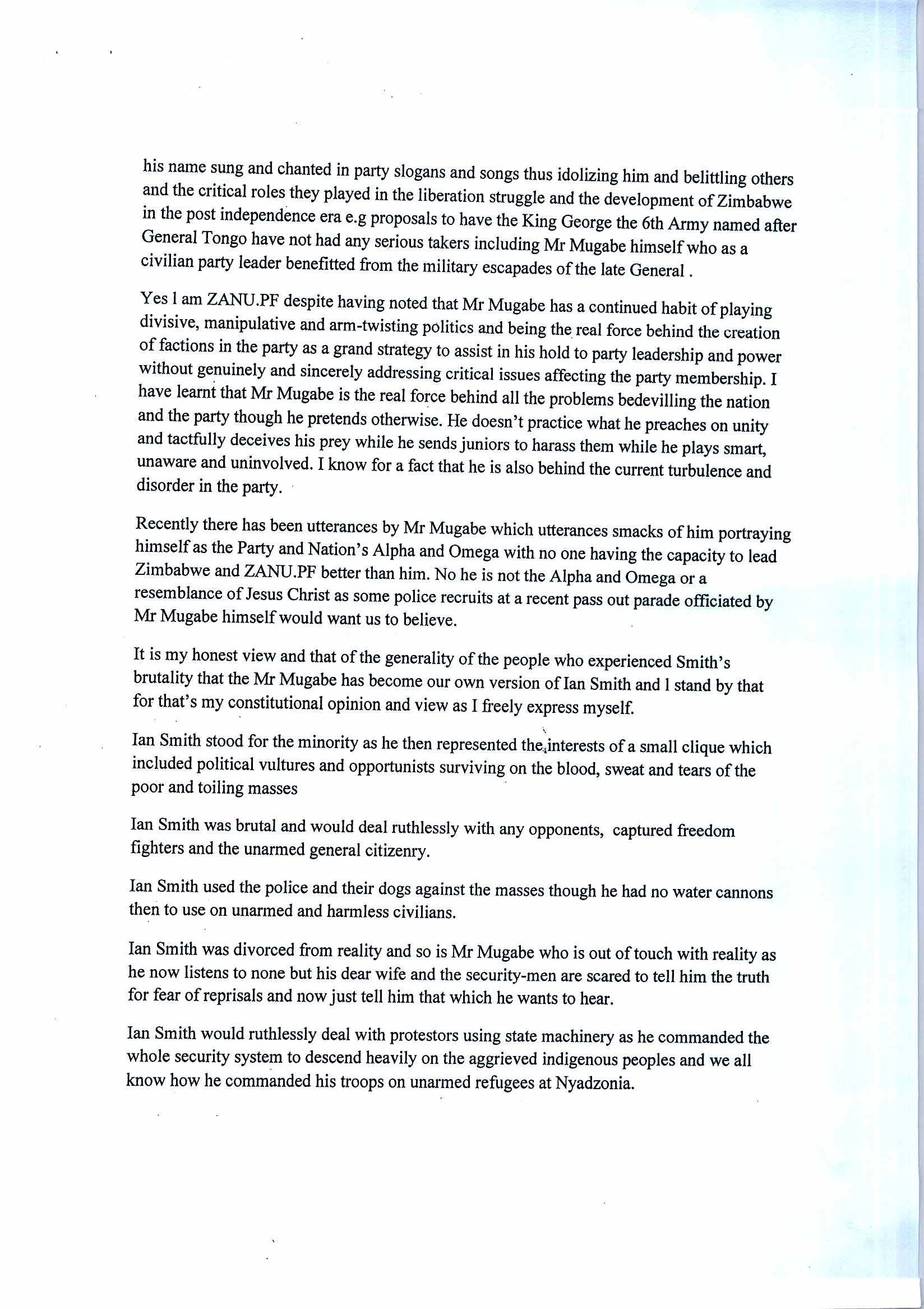 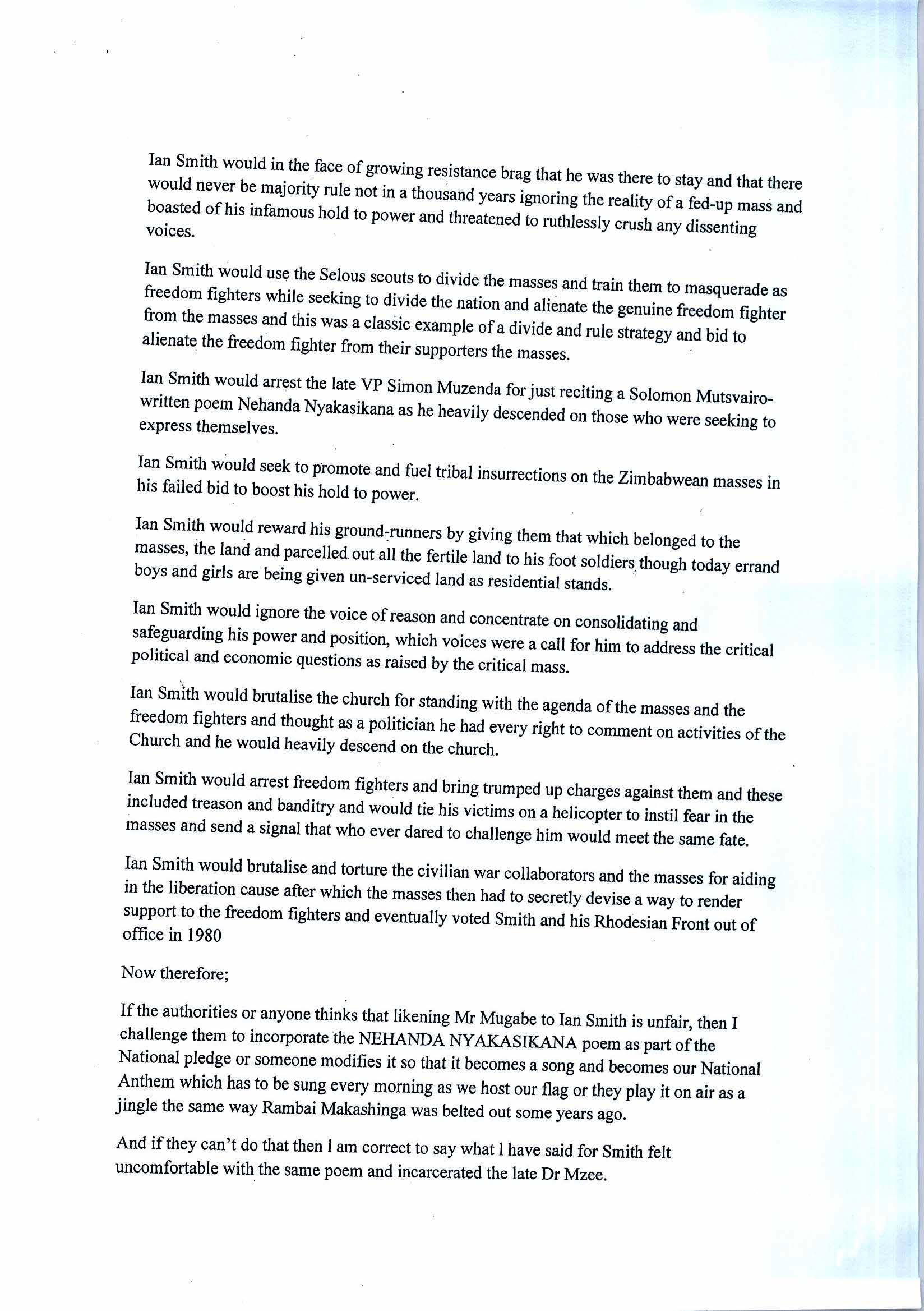 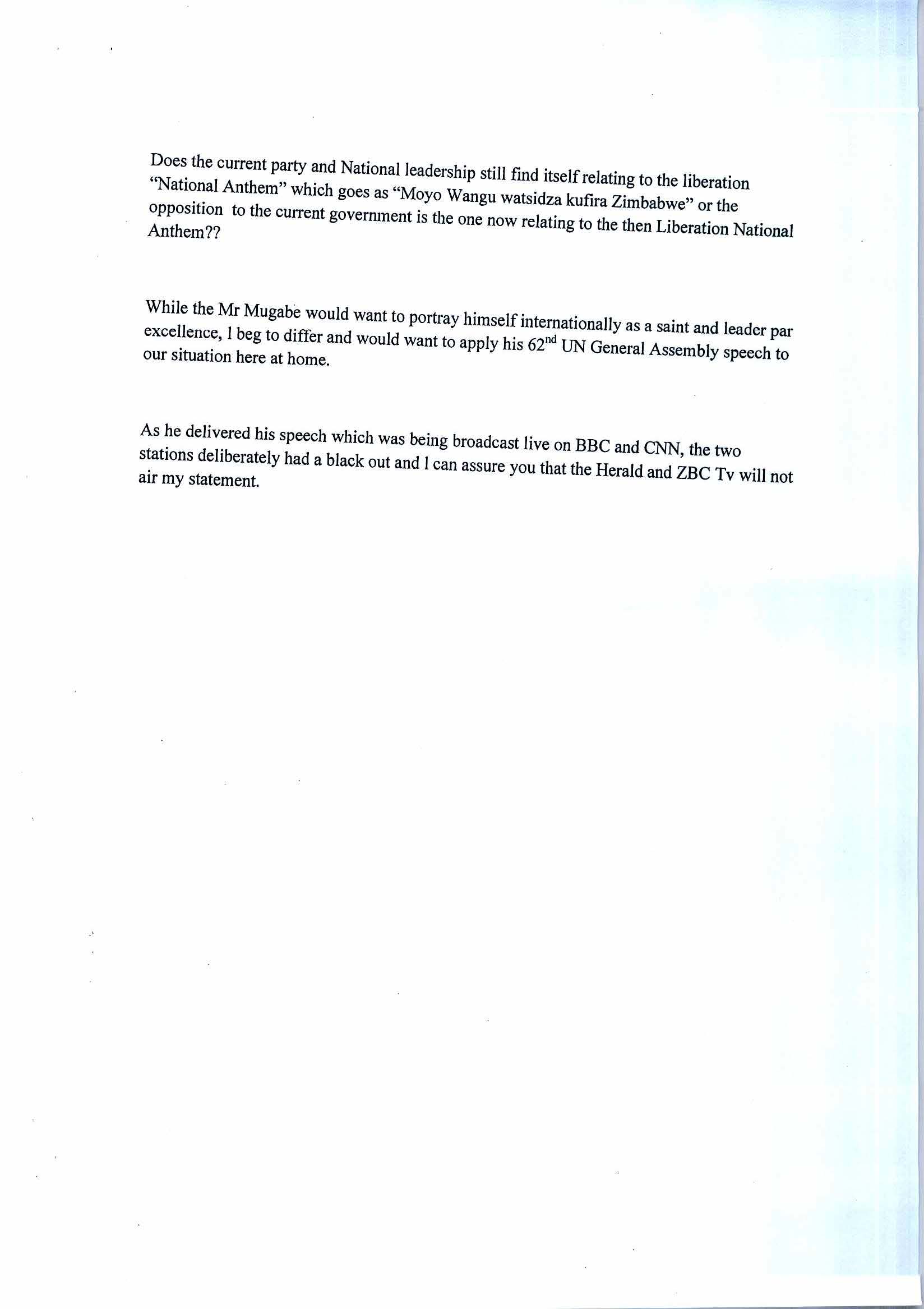 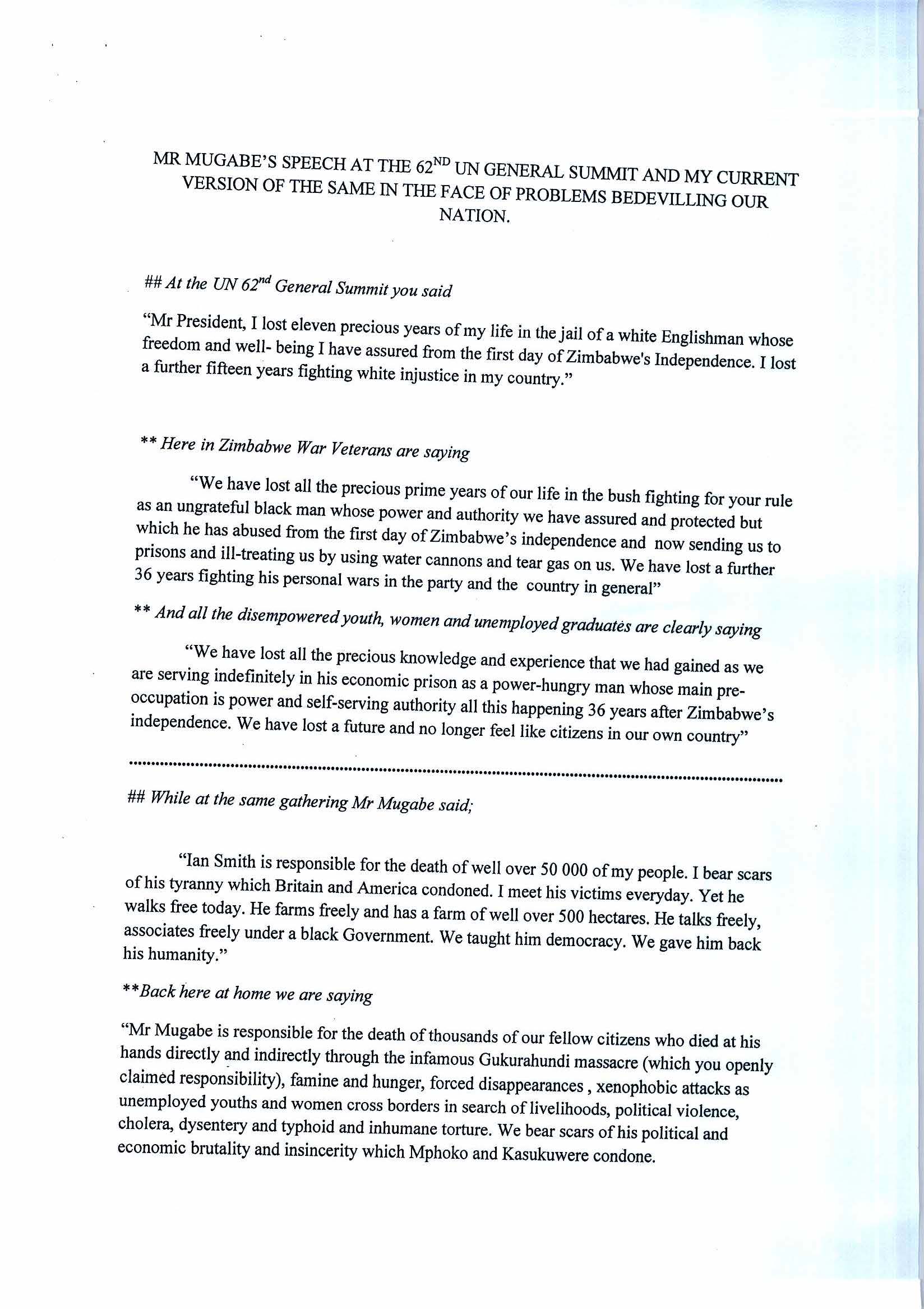 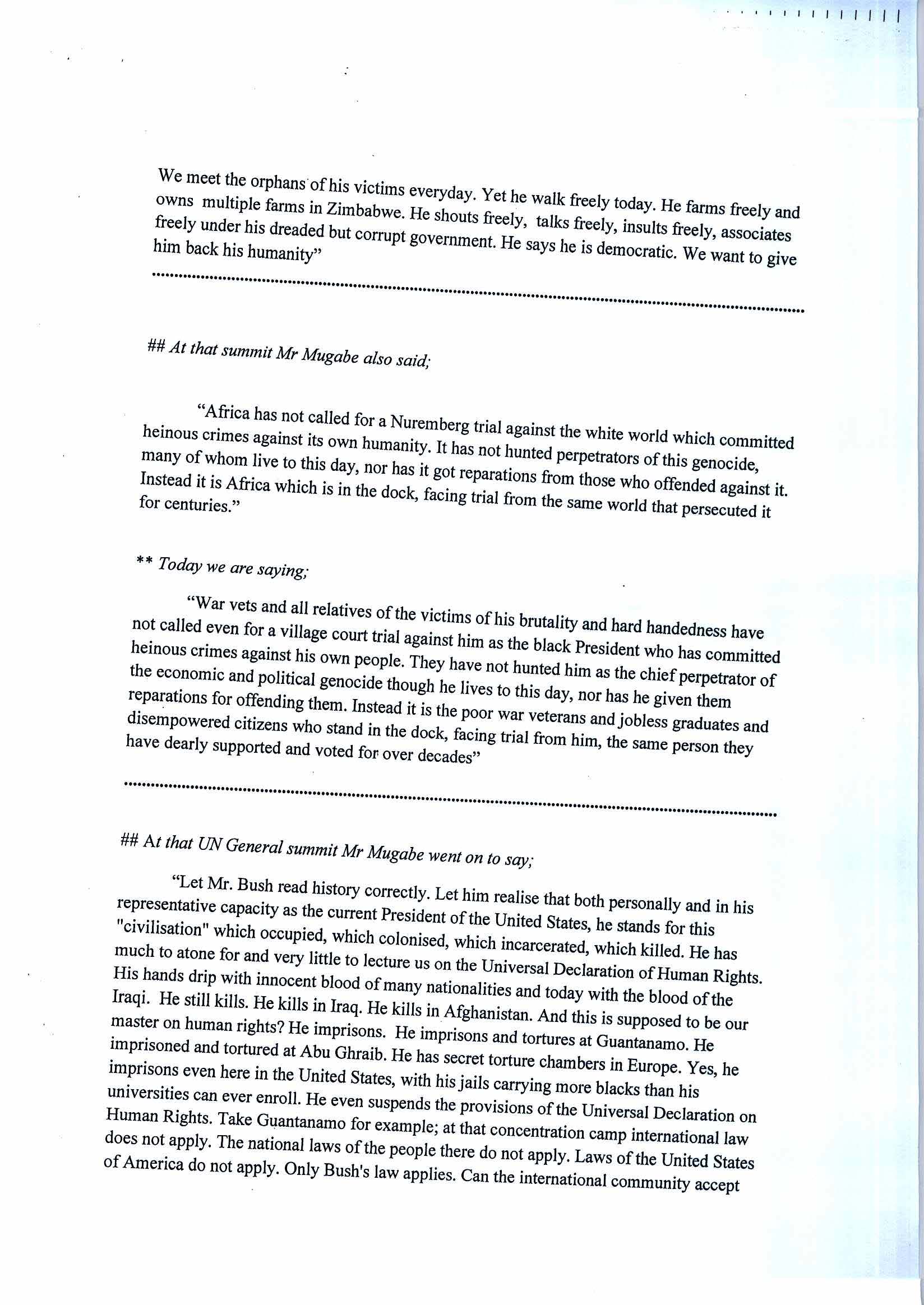 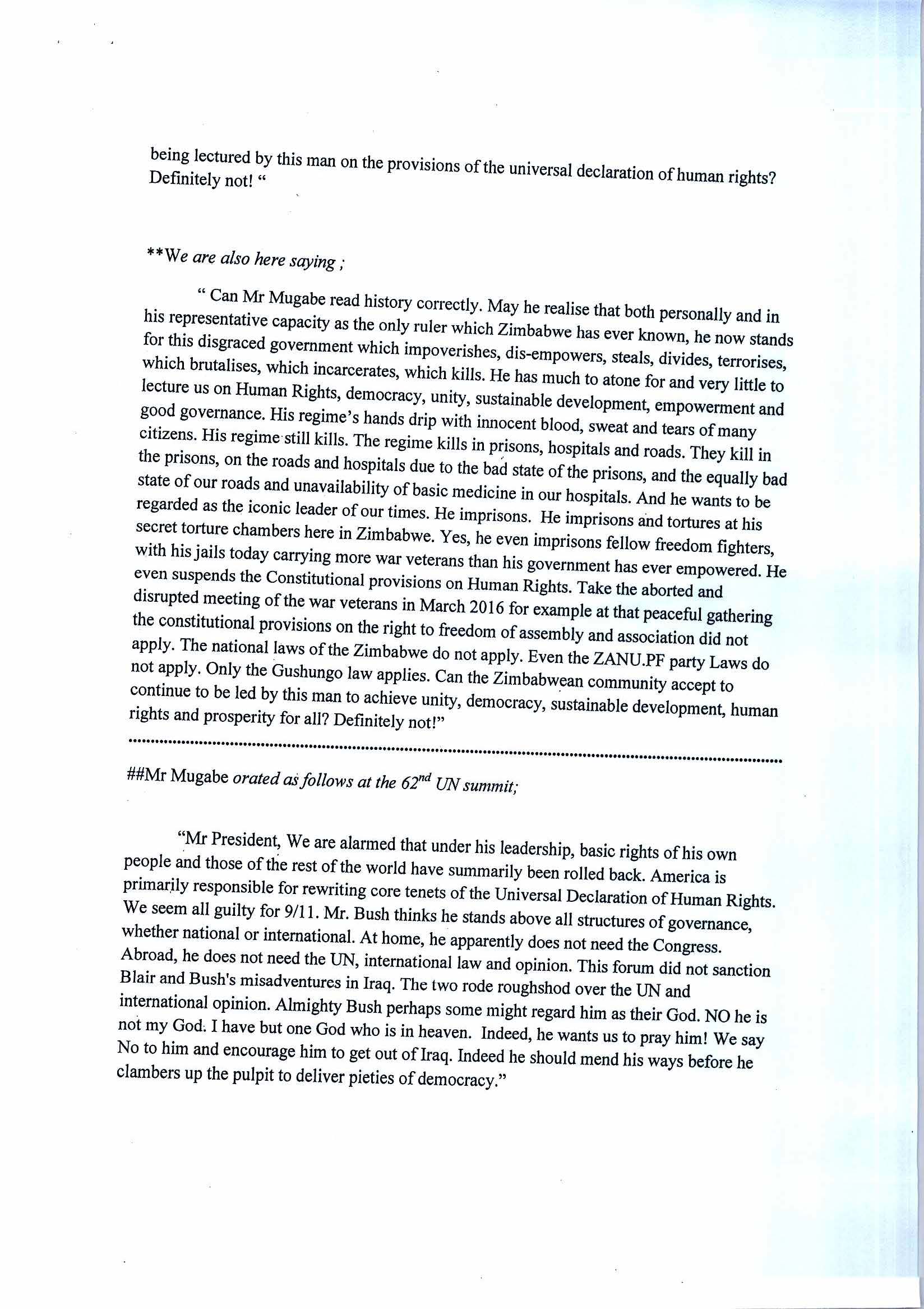 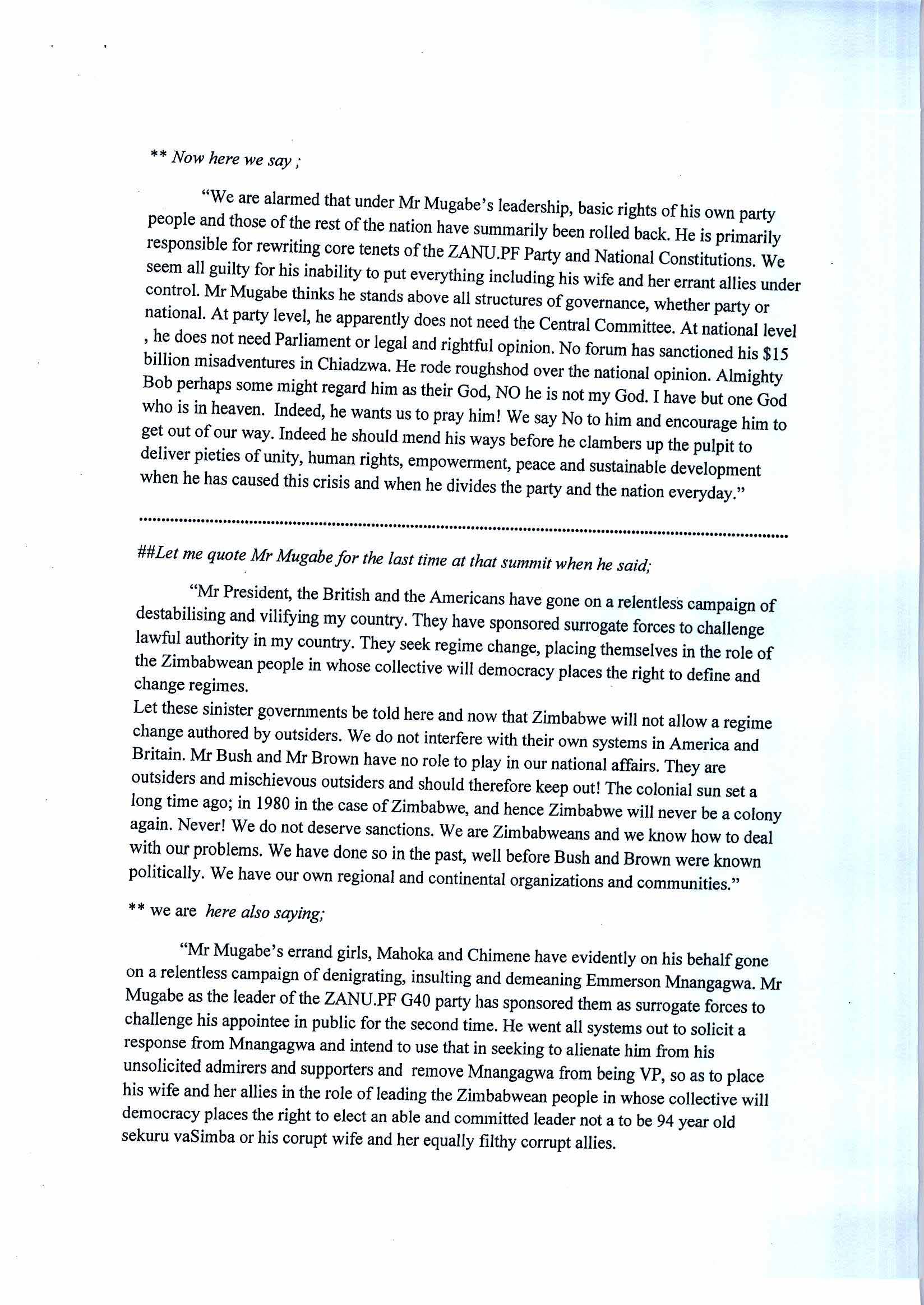 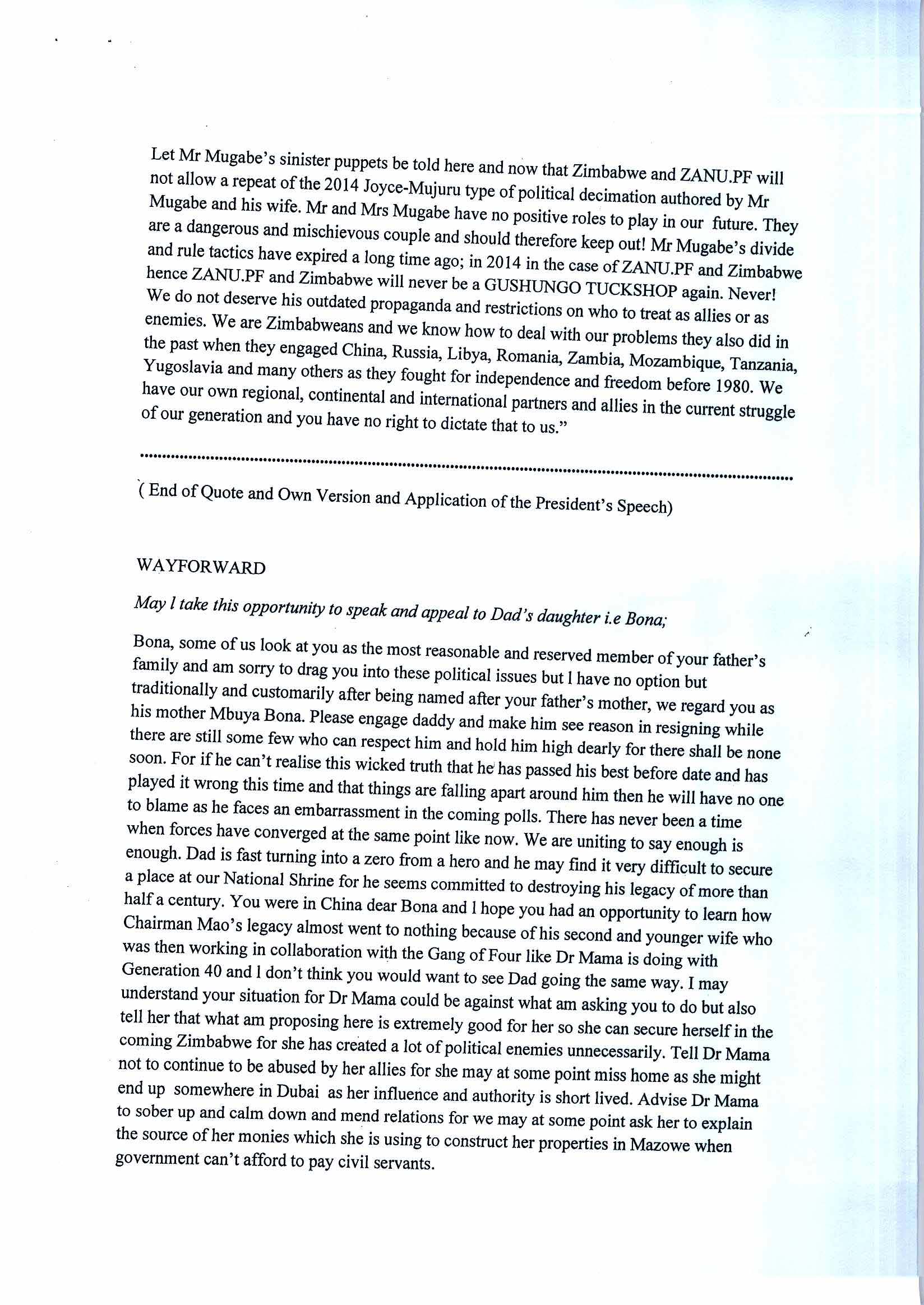 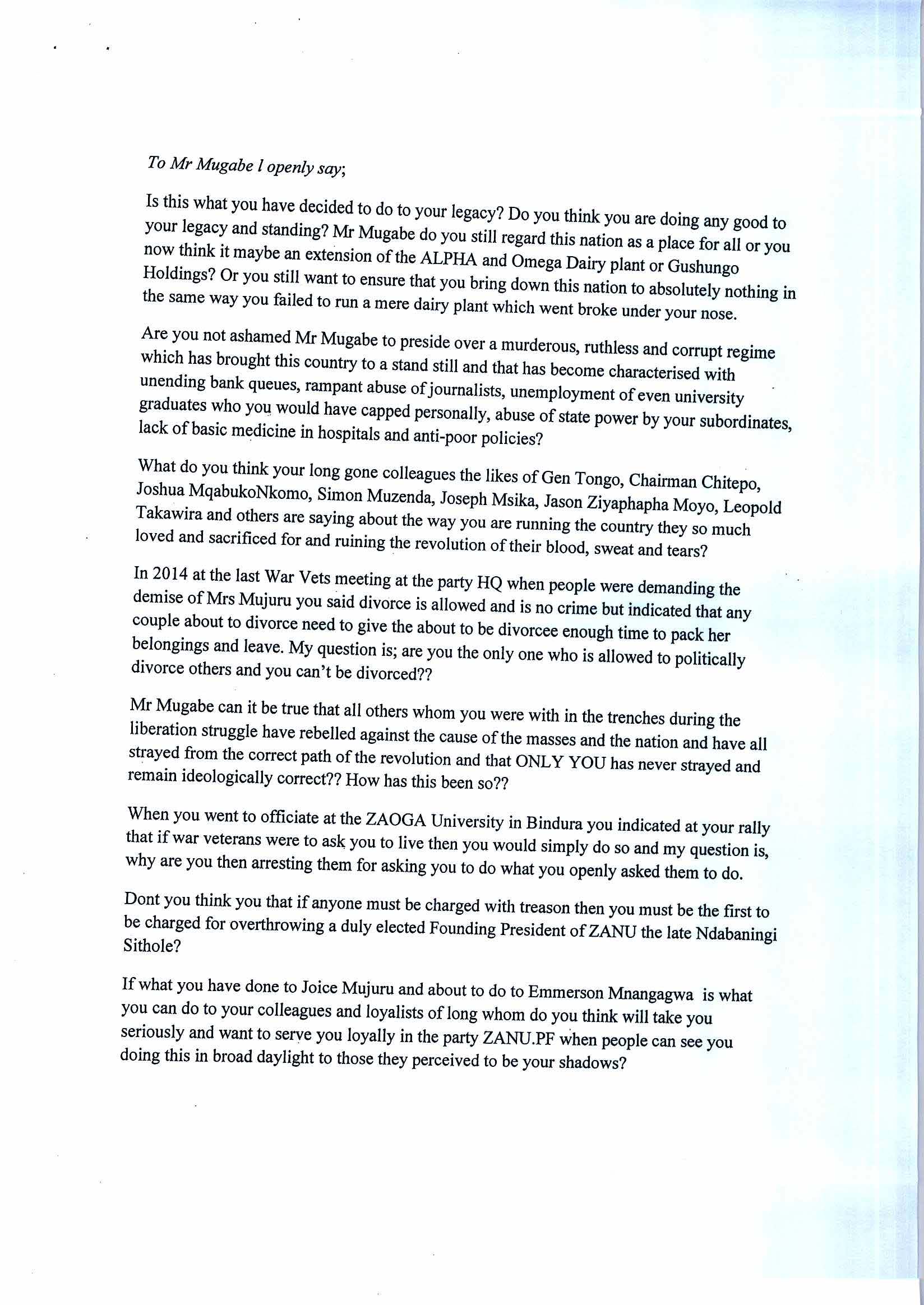 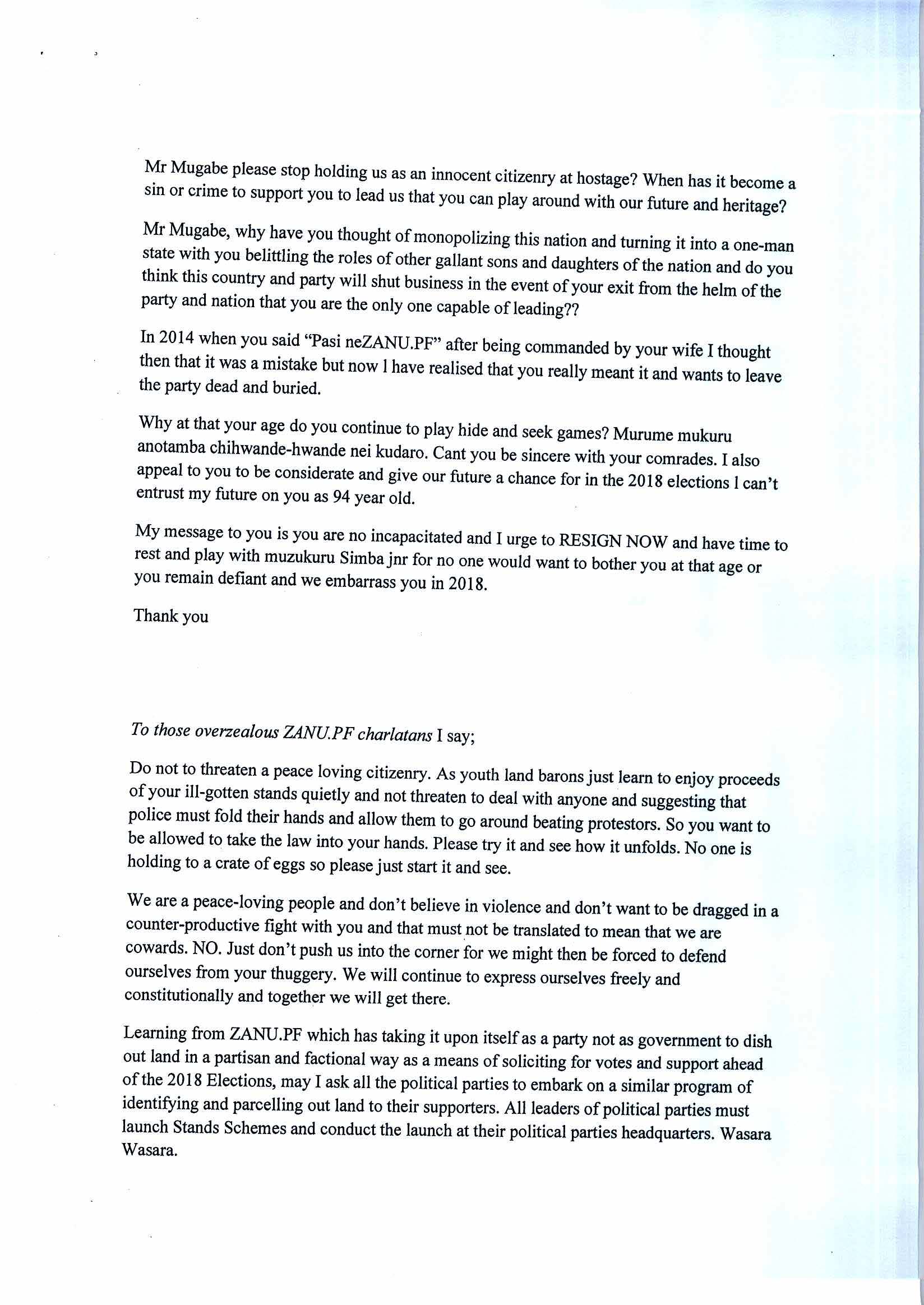 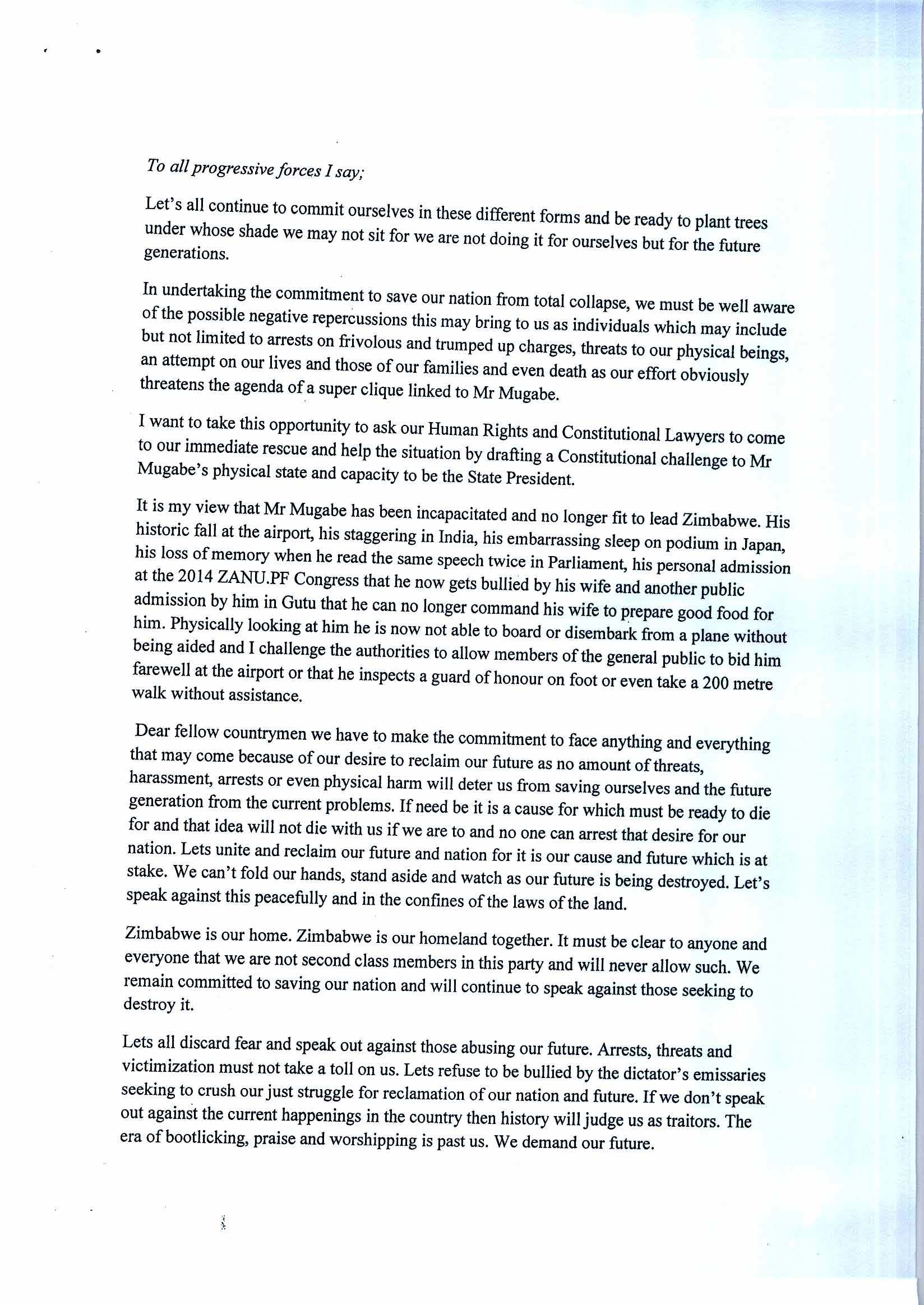 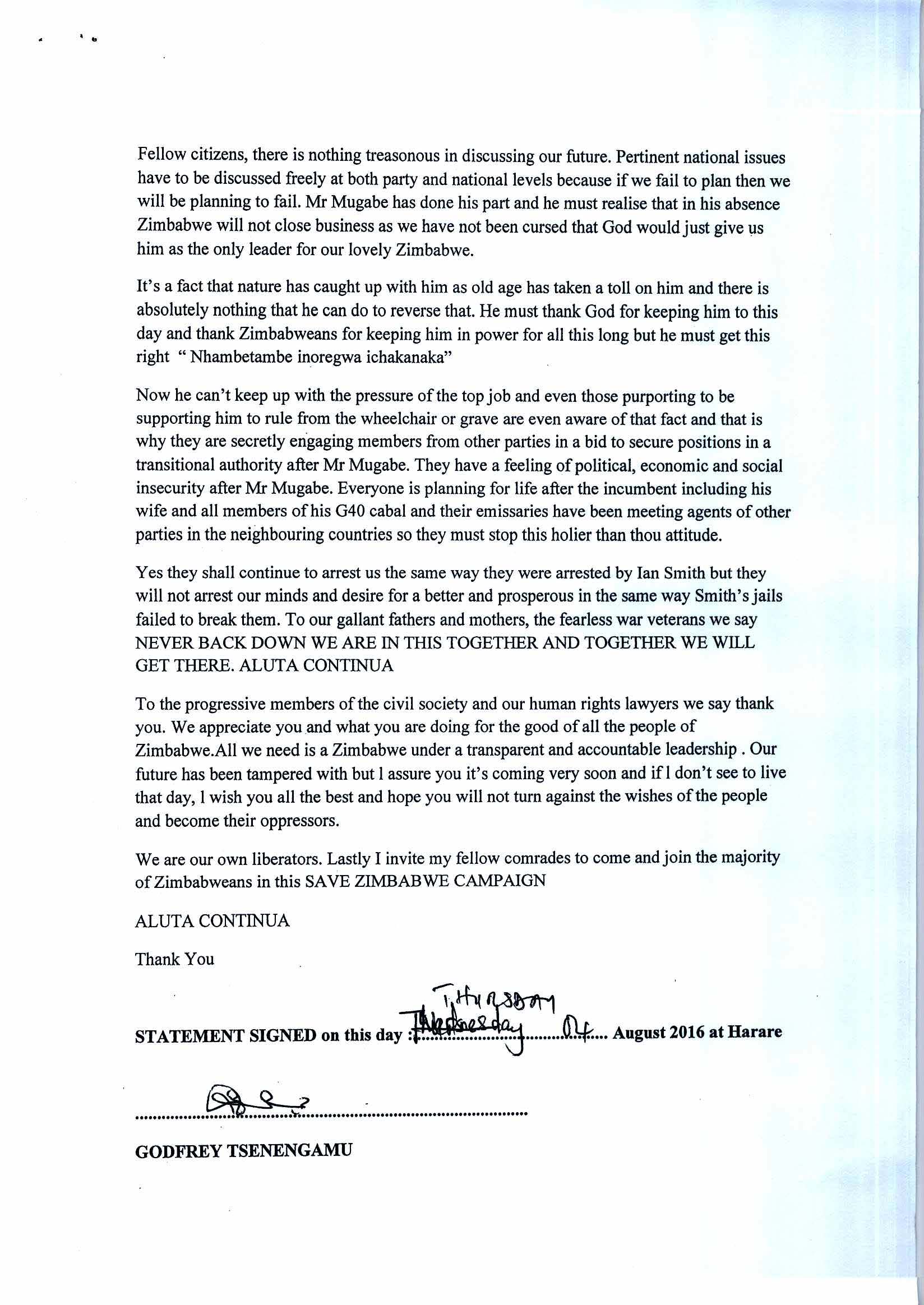