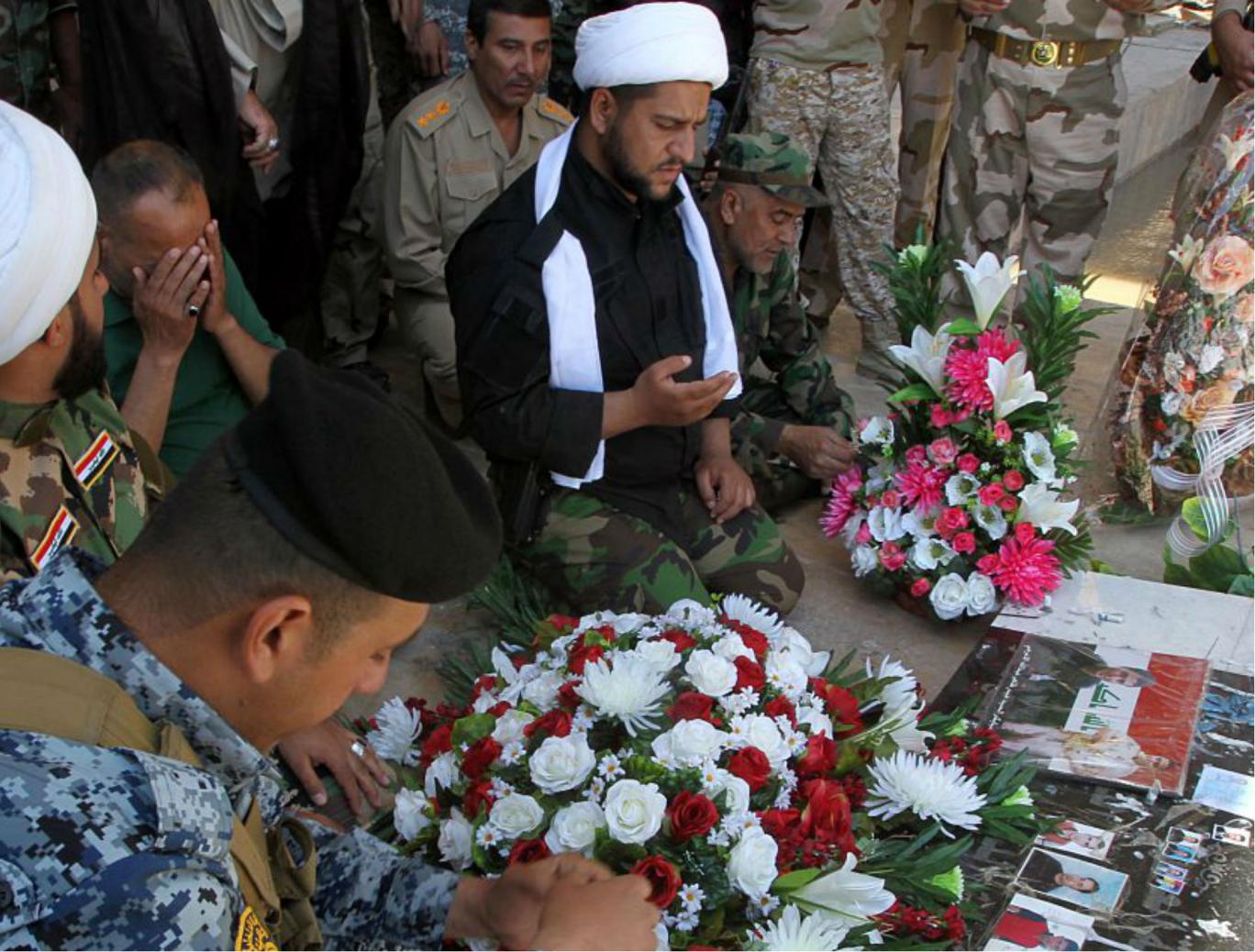 You’ve got to hand it to Iraq’s executioners. Since the days when they had to yank on a hanging man’s legs to break his neck in American-occupied Iraq – because their victim was so tall that he could still stand on the edge of the “drop” – Iraq’s state killers can now dispatch 36 men in a morning. That was quite a record by the Shia Muslim hangmen at the Nasiriyah prison this month when they strung up tens of Sunni Muslims for a 2014 massacre – while hundreds of their victims’ relatives invited for the occasion shouted in joy.

That wasn’t quite the image which the invaders of Iraq wished to promote when they illegally blasted their way into the country 13 years ago to proclaim democracy, human rights, freedom from fear and an end to police state terror. Almost at once, America’s viceroy Paul Bremer suspended capital punishment because the Saddam regime used hanging “as a means of oppression”. That, at least, was true.

Saddam’s lads could break 2,000 necks in a day at Abu Ghraib – its later history to be avoided at all costs, for reasons we will not discuss here – and Iraq’s pro-American “democratic” successors never reached that stage of professionalism. When they hanged Saddam’s half-brother Barzan Hassan in 2007, the rope was so long that his head, in the words of one witness, “snapped off”. In the case of the convicted “terrorist” too tall to hang – evidence of which came from a UK assistant to the then Iraqi government – the executioners eventually dragged the man to the corner of the death chamber and shot him in the head.

It’s almost unfair to recall how European nations condemned Saddam’s own hanging – not because his killers jeered at him, but because Europeans didn’t agree with capital punishment. Not a murmur this month, however, from Theresa May or Francois Hollande or Angela Merkel at the mass hangings in Nassiriyah. Nor did they say a word before or after the execution of a hundred prisoners before the Nassiriyah executions, 22 of them in one day in May.

The demand to reintroduce hanging in Iraq, of course, started within weeks of Bremer’s 2003 suspension of capital punishment. As sectarian killings mocked America’s promises of “democracy” in Baghdad and other cities, a frightening and soon very familiar claim was heard from Iraqis themselves: that in the choice between freedom and security, security came first. And so Saddam’s old execution prisons returned to their ferocious tasks, albeit slowly. Three convicted murderers were hanged in September 2005, then the execution of “insurgents” – those resisting American occupation or the “provisional” and then elected pro-American Iraqi governments – began. A year later, 26 men and one woman were hanged for “high crimes [sic] against civilians”. In 2009, the Iraqi government hanged another 120 men. Now their crimes were called “terrorist offences”, but Amnesty, Human Rights Watch and other rights groups were starting to record dozens of unreported hangings.

It’s not that the desire for a return to executions was surprising. The rise of Isis and the vicarious mass murders which they committed only provoked the animosity of their victims’ families. Many of the witnesses to the Nassiriyah hangings cried out “Allahu akbar” when the trapdoors opened because they were relatives of the 1,700 air force cadets – almost all Shia Muslims – tortured and murdered at Camp Speicher in Tikrit when the Iraqi army’s officers turned and fled at the first sight of Isis’ black-cowled supporters in 2014.

Sunnis have thus been the principal victims of the largely Shia hangmen now carrying out the “democratically elected” Iraqi government’s executions. The inverted commas are necessary because European politicians continue to extol the unrepresentative but Shia-led Baghdad governments which have themselves been responsible for death squads, secret mass killings and prison rapes. In cases where defendants are even provided with a mockery of a trial, Amnesty has repeatedly condemned the gross disregard for justice and human life, and convictions solely based on confessions under torture.

Actual death sentences – 92 in the first six weeks of this year alone – are achieving Saddam-like proportions. How soon, we must ask, before the present Iraqi government adopts Saddam’s practice of regularly “cleaning out” prisons – to make way for more inmates – by hanging convicted men even if they were not originally condemned to death?

The truth is that both the vicious Isis “executions” of Shia Muslims, Christians and other “apostates” are slowly being paralleled with an equally sectarian series of ‘executions’ of Sunnis. Thus the hangings at Iraq’s main prisons have now become part of the country’s sectarian war, merging imperceptibly, for example, with the slaughter of up to 900 Sunni ‘detainees’ by a Shia militia during and after the capture of Fallujah from Isis in June. This particular outfit was fighting alongside the “official” Iraqi army, which was being assisted by constant US air strikes on the Isis defenders of Fallujah – who were themselves murdering Sunnis trying to flee the city. No wonder Washington has been downplaying the number of Sunni innocents murdered by the Shia “good guys” fighting for the Iraqi government in Fallujah and Ramadi.

For Americans are inevitably stained by their participation in a civil war. The same applies to other NATO forces dropping bombs in Syria. Western nations cannot decontaminate themselves from a civil war even if they do not themselves commit atrocities on the ground. The same applies to the Russians. Any pilot bombing Isis – or innocent civilians – is inevitably “helping to give the wheel a shove” for militias which then murder prisoners. We are presumably now going to see a far bloodier retribution carried out if Mosul is overrun by the Iraqi soldiers, Shia militia, Kurds and other assorted armed groups, supported – as usual – by the US air force’s bombs.

And that is what we are now involved in. Still (theoretically) trying to overthrow the Bashar al-Assad government in Damascus while still (practically) trying to sustain the Haider al-Abadi government in Baghdad, we are bombing the Sunni enemies of both of them, and supported – in both cases – by the Iranians (whose nation, by the way, hanged almost 700 non-political convicted prisoners in the first half of last year). So every time we attack one side in this war, we are dipping our fingers in the crimes committed by the other side: detainee “disappearances”, legal “executions”, torture and kangaroo courts. Another victory for the Isis killers.