The era of one-party rule is over. 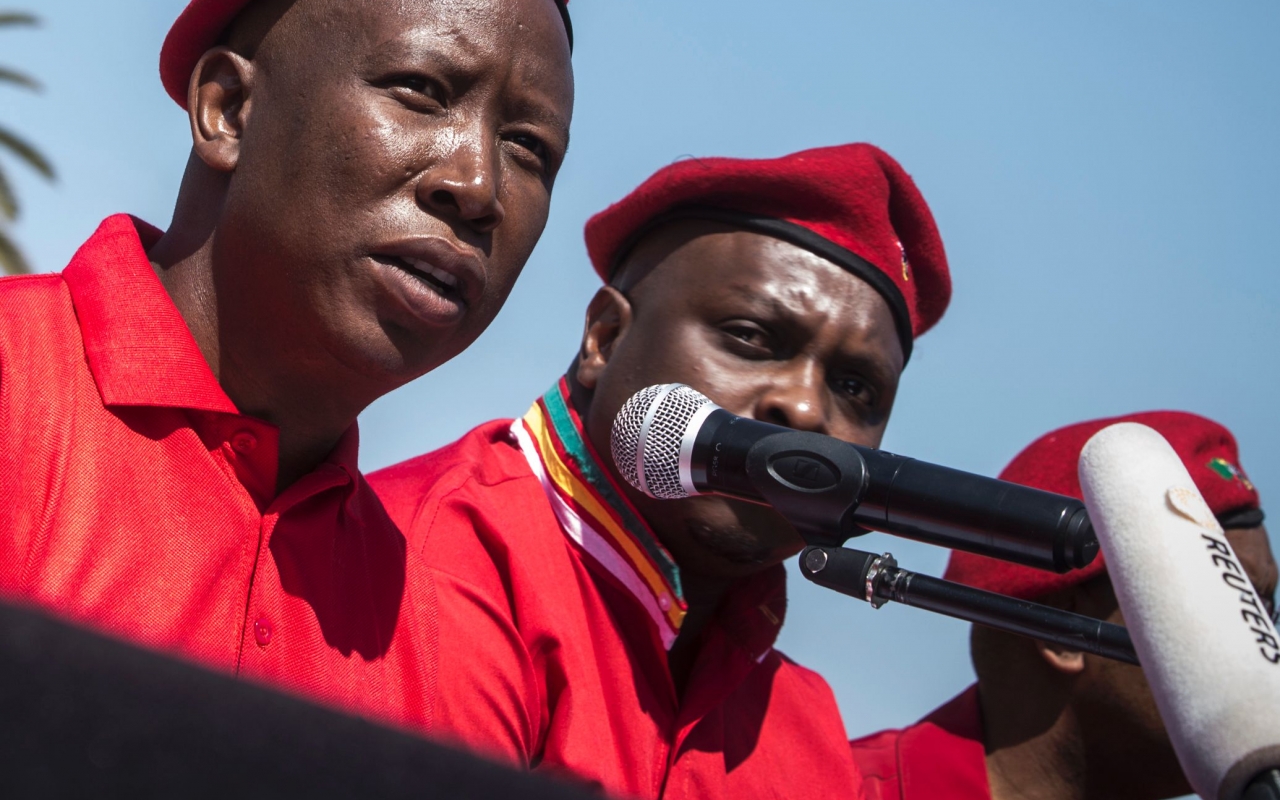 Last night, after a whole day of drama, tedium and tragedy, Johannesburg had a new mayor.

Opposition Democratic Alliance (DA) councillors, dressed in conventional suits, sat quietly throughout the mayoral election, looking very much like businessmen and women. Their sartorial code was completely at odds with the Economic Freedom Fighters (EFF) – supporters of the far-left’s Julius Malema. They came dressed in their trade-mark red overalls and matching miner’s helmets.

Singing and dancing, the EFF held up the voting for hours, demanding that an ANC councillor against whom they had laid charges of corruption should be excluded from the election. Finally an ANC councillor collapsed and died in the chamber, having suffered a heart attack.

The proceedings had dragged on for eleven hours, with South Africans complaining on social media that they wanted to go to bed. But eventually the DA’s Herman Mashaba was sworn in as mayor. The 56-year-old businessman, who made his money in cosmetics, would not have been in post without EFF support.

It is a strange alliance. Malema refused to go into a formal alliance with the much larger DA. It was – as he put it – a question of choosing between the better of “two devils”.

It is difficult to see how the DA, whose policies are clearly free-market and capitalist, will work with the EFF. Malema has repeatedly called for nationalisation of the mines and the land, without compensation. But on one issue the DA, EFF and other opposition parties are united: their loathing for the ANC and the quagmire of corruption and nepotism that it has dragged the country into.

The ANC won the largest share of the 3 August local elections, taking 54.5 per cent of the vote – against the DA’s 27.0 per cent and the EFF’s  8.3 per cent. Yet it has found itself excluded from running most of South Africa’s key metropolitan areas.

The opposition holds Tshwane (which includes the administrative capital, Pretoria) Nelson Mandela Bay (including Port Elizabeth) and now Johannesburg itself, as well as Cape Town, which the ANC lost back in 2006.

The ANC has found itself largely relegated to rural towns and villages, with only the metropolitan area of Durban and cities like Kimberley and Bloemfontein in its control.

What the election really marks is the end of one-party rule.

From 1948 the National Party ruled the country, imposing apartheid. After 1994 and the release of Nelson Mandela, the ANC governed, with little the opposition could do to challenge its hold on power.

The local government elections ushered in a new era of multi-party politics. Communities across the country are now run by coalitions.

In the 3 August 2016 election, the ANC lost their majority. The DA gained 57 seats, 4 seats short of a majority. So the DA negotiated a coalition including the African Christian Democratic Party, the Congress of the People, and the United Democratic Movement.

Athol Trollip – the DA’s Xhosa-speaking mayor – has set about rebuilding the metro’s reputation. Outlining his plans for his first 100 days in office with promises of jobs and a clean administrations, Trollip said: “Political instability in this metro has rendered this city moribund and unresponsive… It is time to lock the revolving doors of corruption‚ cadre deployment and cronyism and bring about a new model of administration by this multiparty government, that will eschew the blight of such practices and that ushers in a model of good government…”.

Can the opposition deliver?

As the reality of their new responsibilities become apparent, the opposition may discover that winning the election was the easy part. The DA will have to show tact, skill and extraordinary diplomacy if it is to hold together its relationship with difficult parties like the EFF.

They have already faced challenges from trade unions allied to the ANC, with protests from South African Municipal Workers Union (Samwu). Journalist and commentator Stephen Grootes has warned that the going will get rough.

“Samwu is likely to try to bring administration in DA-led metros to a halt. But it also faces a risk. It has tended to get what it wants through illegal actions and political pressure in the ANC through Cosatu. This time, it could well find that Mashaba, Msimanga and Trollip are tougher nuts to crack.”

The ANC and the president

Meanwhile, the ANC and President Jacob Zuma are not without resources.

They still run central government and have at their disposal the finances of the Treasury and the state’s highly politicised security apparatus.

Yet the ANC is struggling to react effectively.

Its first response was to deny that Jacob Zuma had lost the party votes – preferring instead to take collective responsibility for the defeats.

There are suggestions that the ANC is now so divided and ineffectual that they have almost ceased to govern.

Writing in Business Day, the South African equivalent of the Financial Times, columnist Carol Paton today suggested that: “No one runs SA. It is an aircraft in which the pilot has left the cockpit and locked the door behind him.”

Paton accuses President Zuma of having: “Centralised power in his office, using his powers of appointment, in a way that is highly effective in achieving his personal goals, but has had chaotic consequences for the process of governing.”

It is difficult to see how this can continue. There is a real loss of a sense of direction. Ordinary South Africans can only watch in anger and frustration as they attempt to muddle along.

But one fact seems certain: the era of one-party rule is over. South Africa has become a much more interesting, complex country.