After 38 years during which his family has hoarded wealth and power, Angola’s leader José Eduardo dos Santos is quitting. Is this more evidence of a continent in the process of transition?

Under the blistering heat of the southern African sun, the dignitaries did not linger. The ceremony was short. The road running 60km around the scruffy outskirts of the Angolan capital Luanda was declared open and a plaque unveiled revealing its new name: “The Commander-in-Chief of the Cuban Revolution Fidel de Castro Motorway.”

That a major piece of new infrastructure anywhere in Africa might be named after Castro, who supported both freedom struggles and dictators on the continent, is little surprise. That a road in Angola commemorates the dictator still less so. It was the Cuban leader’s military intervention that preserved the new nation’s independence – and enabled its president, José Eduardo dos Santos, to hold on to power through decades of war and upheaval.

Dos Santos, who became president in 1979 and is Africa’s second-longest-serving leader, is still in charge in Luanda, a capital that has the dubious honour of being the most expensive city in the world, and simultaneously one of those with the highest proportion of inhabitants living in poverty.

But Dos Santos may not be in charge for much longer. Shortly before the inauguration of the Castro expressway, there had been extraordinary news: the veteran ruler would not seek a new term as president in elections in 2017. The announcement, made in a closed-door meeting of the ruling party’s central committee, has made front page news in Angolan newspapers all week.

“It is difficult to overstate the significance of this announcement. It is almost impossible to imagine what [Angola] looks like without [Dos Santos] at the helm,” wrote Simon Allison, an analyst and journalist, for the Institute for Security Studies, in South Africa.

For those who watch the ups and downs of democracy in Africa, recent weeks have been eventful. Ten days ago Yahya Jammeh, authoritarian ruler of the Gambia, accepted electoral defeat. His decision stunned onlookers, who had expected Jammeh, who seized power in a coup 22 years ago, to reject the result. Then, on Friday evening, he did just that, and soldiers deployed onto the streets of Banjul, the capital.

In South Africa, one of the most robust democracies on the continent, President Jacob Zuma narrowly missed being ousted as leader of the ruling African National Congress.

Last week in Ghana, considered a beacon of democracy in Africa, closely contested elections ended in a tense standoff and eventual defeat for President John Mahama.

Nor is the frenetic tempo of politics likely to slow soon. Somalia is electing a new president in what everyone admits are deeply flawed polls, while the second-term mandate of Joseph Kabila, who has run the Democratic Republic of the Congo since the assassination of his father in 2001, expires in just over a week. Kabila, 45, doesn’t look likely to relinquish power without a struggle, and is trying to push back elections to 2018 at the earliest. Widespread protests are expected – and violence.Next year will see a new crop of polls, with demonstrations, riots, crackdowns, celebrations and upsets. Amid the tumult on a vast, varied continent, is any broader pattern discernible?

African political experts say democracy in Africa after colonial rule struggled until the end of the cold war. The two decades that followed the end of the proxy conflicts between the west and the Soviet Union saw rapid progress, though the continent still lagged behind the rest of the world. Over recent years, however, this process of “democratisation” has slowed.

According to one recent research paper, in 2015 only 12% of people in Africa lived in full or flawed democracies, with the rest equally split between authoritarian or “hybrid” regimes. Another analysis put the total closer to 40%, but still well below global averages. The peaceful transfer of power in Nigeria last year gave the figures a boost.

“It’s peaks and troughs. There’s not a continual momentum of improvement. There are some democratic reversals, but we are in a situation where there are more elections more regularly,” said Alex Vines, of London’s Chatham House thinktank.

What is clear is that the rule of the “strong man” is far from over. From Robert Mugabe, who has ruled Zimbabwe since 1980, to Omar al-Bashir, who seized power in Sudan in 1989, autocratic leaders facing charges of human rights abuses still hold sway in many places. The election of Donald Trump, who has praised at least one African “strong leader”, has been welcomed by some who hope the new US administration will be less interested in promoting human rights or democracy.

The wealth of some leaders, and their families, is extraordinary. No one may be crowning themselves on golden thrones, as Jean-Bédel Bokassa, “emperor” of the Central African Republic, did in 1977, but last week Dutch authorities impounded a 76-metre luxury yacht allegedly owned by Teodorin Obiang, vice-president and son of the president of Equatorial Guinea, who has been in power since 1979 and is Africa’s longest-serving leader.

One trend that worries many has been growing repression. Yet this might not be as depressing as it looks at first glance, says Nic Cheeseman, an expert in African politics at Oxford University. Cheeseman said that autocratic leaders were facing a new and dynamic opposition, and intensifying efforts to cling to power.

“There will be more repression in the short term and it will look worse. But I am positive about democracy in Africa in the long run … Social and economic change will drive democratisation over 30 years. But there is a barrier of pain we will have to go through to get there,” he said.

Autocrats are also updating their responses to new challenges. Social media and other new technologies mean they need more subtle strategies than simply unleashing loyal thugs. Few leaders now rule without some semblance of democratic process. In recent years several have sought to change constitutions – rather than abrogate them entirely – to stay in power.

Another strategy is simply to disguise enduring influence. Dos Santos has effectively handpicked his successor, the defence minister and vice-president of the ruling Popular Movement for the Liberation of Angola (MPLA) party, and appointed his son as head of the nations’s sovereign wealth fund. His daughter, reported to be Africa’s richest woman, worth $3bn, runs the resource-rich state’s national oil company and has stakes in many of its biggest industries.

“#DoSantos (after 38 years in power) goes, the ruling #MPLA (after 42 years) stays. What change do we foresee in #Angola?” Rafael Marques, an award-winning local journalist and writer, tweeted shortly after the news of the Angolan leader’s decision not to run next year was made public. “Angolans will move from one dictator to the next,” Marques told AFP news agency. “Change is not coming tomorrow.”

Some have questioned whether Africa actually needs democracies at all, arguing that strong government and growth should be prioritised over elections or institutions. They point to states such as Ethiopia and Paul Kagame’s Rwanda, which have brought millions out of poverty in recent years but have been repeatedly accused of human rights abuses.

But if the short-term achievements of centralised authoritarian states can sometimes impress, with some sustaining very high levels of growth for short periods, democracies are better at delivering sustainable economic progress over the long term, Cheeseman said. “We have to accept that [Ethiopia and Rwanda] have achieved impressive things … but on average authoritarian states underperform. Democratic states grow more, and the longer you are democratic the more you grow.”

For many, there are other considerations than economics. “Democracy also means preserving good African traditional culture, prioritising national interests, [the] participation of women in politics, creating legitimate government fighting corruption and nepotism … We are very hopeful about the future of democratic process in Africa,” said Ali Warsame, an entrepreneur, academic, former minister and aspirant Somali presidential candidate. 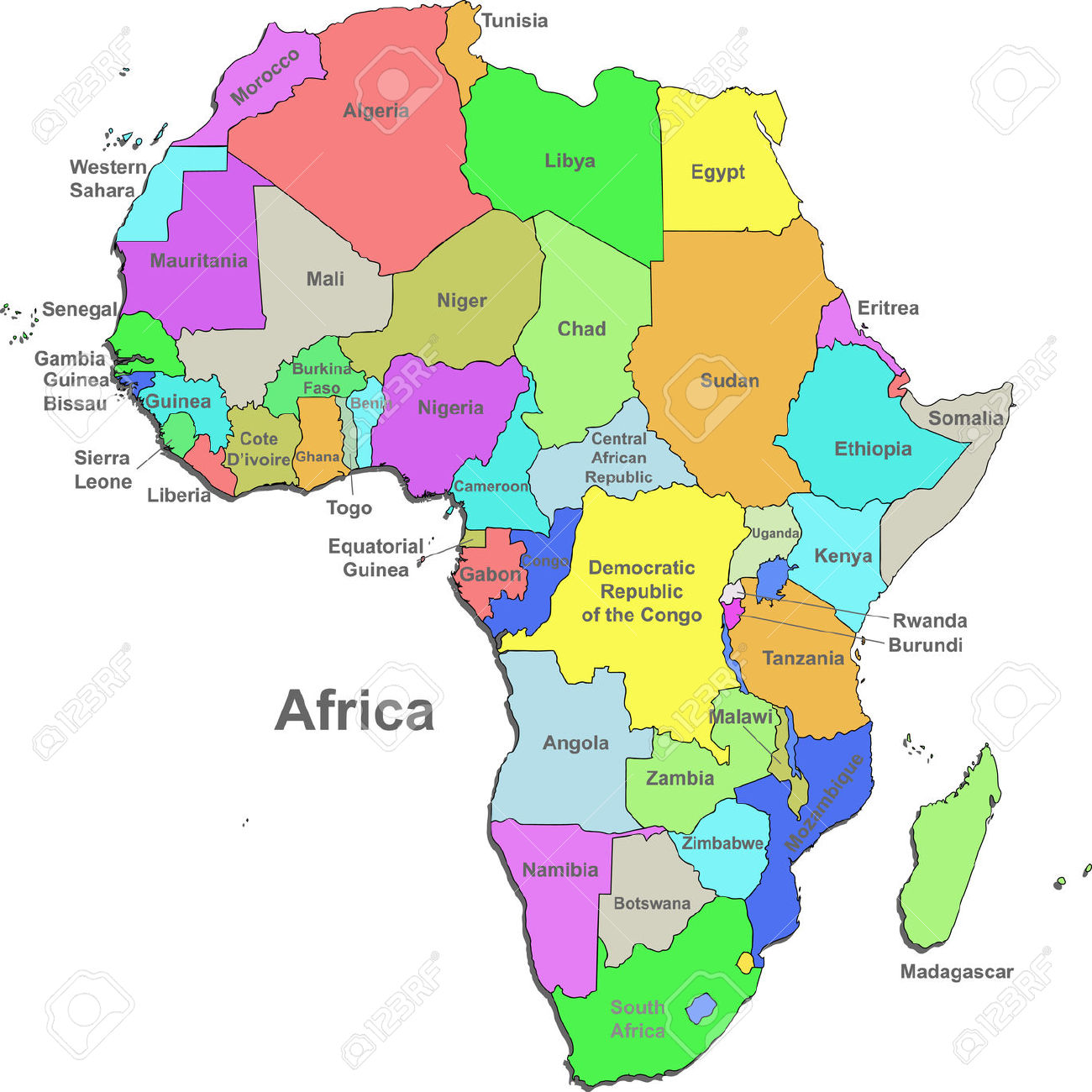 To general surprise, Jammeh, in power since 1994, initially accepted his defeat in elections on 1 December, possibly because he lacked support among the country’s security establishment for further repression. But he has now rejected the result – he may have been spooked by the prospect of prosecution – and called for fresh elections.

The US has accused 74-year-old Obiang – Africa’s longest-serving ruler – of overseeing unlawful killings, kidnappings and torture. Life expectancy in Equatorial Guinea remains among the lowest in the world despite massive oil resources. He was welcomed at the White House in 2014 during a summit of African leaders.

Now 74, the former Marxist guerrilla leader has been in power for 38 years. Vast reserves of oil and diamonds have ensured prosperity for a narrow elite, though much of the population lives in abject poverty. Dissidents have faced arrest by a politicised judiciary, according to Amnesty. Recently, falls in commodity prices have caused economic problems, though not to those who have already made vast fortunes.

Bashir, 72, took power 37 years ago when he led a military coup. A skilled political operator, he has reached out to a variety of world powers for assistance during his decades in power and has shifted ideologies with little apparent difficulty. His country is now in desperate economic trouble, however, after the oil-rich south seceded in 2011, and Bashir is wanted for war crimes by the international criminal court.

Museveni, 72, was once admired for his economic policies and effective strategy against HIV/Aids. He has fewer friends overseas these days. In power since 1986, the former rebel leader has presided over robust economic growth but has faced mounting accusations at home and abroad of cracking down on dissent and failing to tackle rampant corruption in the east African nation of 37 million people. Growth has now slowed to around 5%.

Mugabe, 92, continues to defy his age, political opponents and much of the international community. A former guerrilla leader, he came to power in the former British colony in 1980 as prime minister. Since then he has used a combination of brutal repression and political manoeuvring to remain in charge. But physical infirmity and a collapsing economy mean his grip is weakening.