I received this stunning letter to President Obama from a source, with written permission from Dr. Herman, Dr. Gartrell and Dr. Mosbacher, because the source knew that I had been interviewing Psychiatrists and Psychologists about Donald Trump’s alleged “Narcissistic Personality Disorder”.

Virtually every mental health professional I interviewed told me that they believed, with 100% certainty, that Mr. Trump satisfied the DSM criteria of this incurable illness and that, as a result, he is a serious danger to the country and the world. 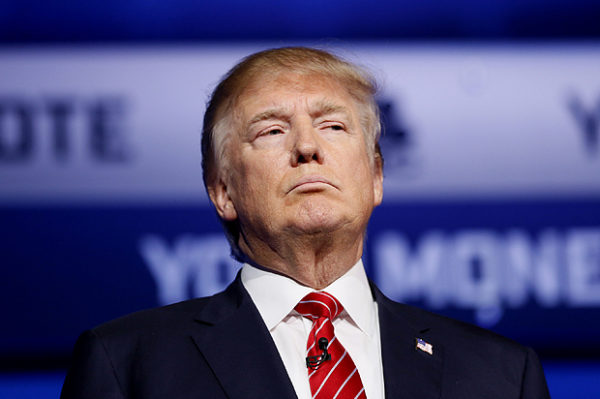 Listed below is a summary of their comments and an overview of this psychiatric condition. To provide further context, here is a short and a longer interview

with Dr. Lynne Meyer, a Psychologist specializing in personality disorders, brilliantly explaining how such a disorder might help us understand Mr. Trump’s comments and behaviors and the challenges that likely lie ahead for our country.

We are writing to express our grave concern regarding the mental stability of our President-Elect. Professional standards do not permit us to venture a diagnosis for a public figure whom we have not evaluated personally. Nevertheless, his widely reported symptoms of mental instability — including grandiosity, impulsivity, hypersensitivity to slights or criticism, and an apparent inability to distinguish between fantasy and reality — lead us to question his fitness for the immense responsibilities of the office. We strongly recommend that, in preparation for assuming these responsibilities, he receive a full medical and neuropsychiatric evaluation by an impartial team of investigators.

The Diagnostic and Statistical Manual (DSM – 5, Cluster B) for “Narcissistic Personality Disorder” by The American Psychiatric Association (APA)

Here, according to The APA, are the 9 criteria for “Narcissistic Personality Disorder”. If an individual has 5 out of the 9 they have a confirmed diagnosis of this illness. Many individuals have “traits” of narcissism but only about 1% of the population has clinical NPD.

“Summary : A pervasive pattern of grandiosity (in fantasy or behavior), need for admiration, and lack of empathy, beginning by early adulthood and present in a variety of contexts, as indicated by five (or more) of the following:

1. Has a grandiose sense of self-importance (e.g., exaggerates achievements and talents, expects to be recognized as superior without commensurate achievements)
2. Is preoccupied with fantasies of unlimited success, power, brilliance, beauty, or ideal love.
3. Believe that he or she is “special” and unique and can only be understood by, or should associate with other special or high-status people (or institutions)
4. Requires excessive admiration
5. Has a sense of entitlement
6. Is interpersonally exploitative
7. Lacks empathy: is unwilling to recognize or identify with the feelings and needs of others
8. Is often envious of others or believes that others are envious of him or her.
9. Shows arrogant, haughty behaviors or attitudes.”

What does it mean if someone does have NPD?

If someone does have “Narcissistic Personality Disorder” they can, indeed, wake up, see a Tweet or a news report from a foreign leader criticizing him, mocking him, calling him “weak” or threatening his ego in any way and order some kind of impulsive, vindictive, punishing, immediate response that could include an unhinged order to attack that foreign leader or foreign country with military force, even including the authorization of nuclear weapons.

It is extremely likely that there would be some kind of impulsive, angry diplomatic response.

Because someone afflicted with this incurable and progressive “Narcissistic Personality Disorder” simply can’t help himself.

1. People with NPD are extremely sensitive and insecure. They psychologically require constant compliments and acknowledgement because they do not have their own internal self-esteem. They need to get it from others.

2. If someone does criticize them, even in a Tweet or on a television comedy show, it triggers this deep and painful lack of self-esteem and they MUST lash out to relieve the pain of the criticism.

3. They have only two modes: They are either fully your friend and love you or you are their enemy and they will do everything to discredit you or humiliate you. They can’t help it. The pain of having someone in their circle who does not approve of them or acknowledge them, (almost constantly), is too great.

4. There are only two ways to deal with someone with NPD, and they are both dangerous. There is no healthy way of interacting with someone with this affliction. If you criticize them they will lash out at you and if they have a great deal of power, that can be consequential. If you compliment them it only acts to increase the delusional and grandiose reality the sufferer has created, causing him to be even more reliant on constant and endless compliments and unwavering support.

5. Because they crave the attention and approval of others they develop great capacity to engage and entertain and can be quite charismatic, even to the point of developing a cult-like following.

6. Someone with NPD will NEVER get along with any member of the press, or any media outlet that criticizes him.

7. Someone with NPD will NEVER hire (and will fire) anyone who criticizes him. Therefore, and because they believe they know better than almost everyone else, they have a very hard time listening and taking any advice.

The National Security Advisor, The Secretary of Defense, The Secretary of State, The Joint Chiefs of State and every General in the military can all emphatically say “NO!” but if The Commander in Chief wants to initiate military and even nuclear action, NO ONE can stop him. American law does not allow a military officer to make those decisions.

And if he does, the military is duty bound to follow his order.

A President and Commander in Chief who does have Narcissistic Personality Disorder would be very dangerous to all Americans, and the world.

Richard Greene is  Communication Strategist, Author of “Words That Shook The World”