Why Anti-Money-Laundering Measures Could Be Game Changing 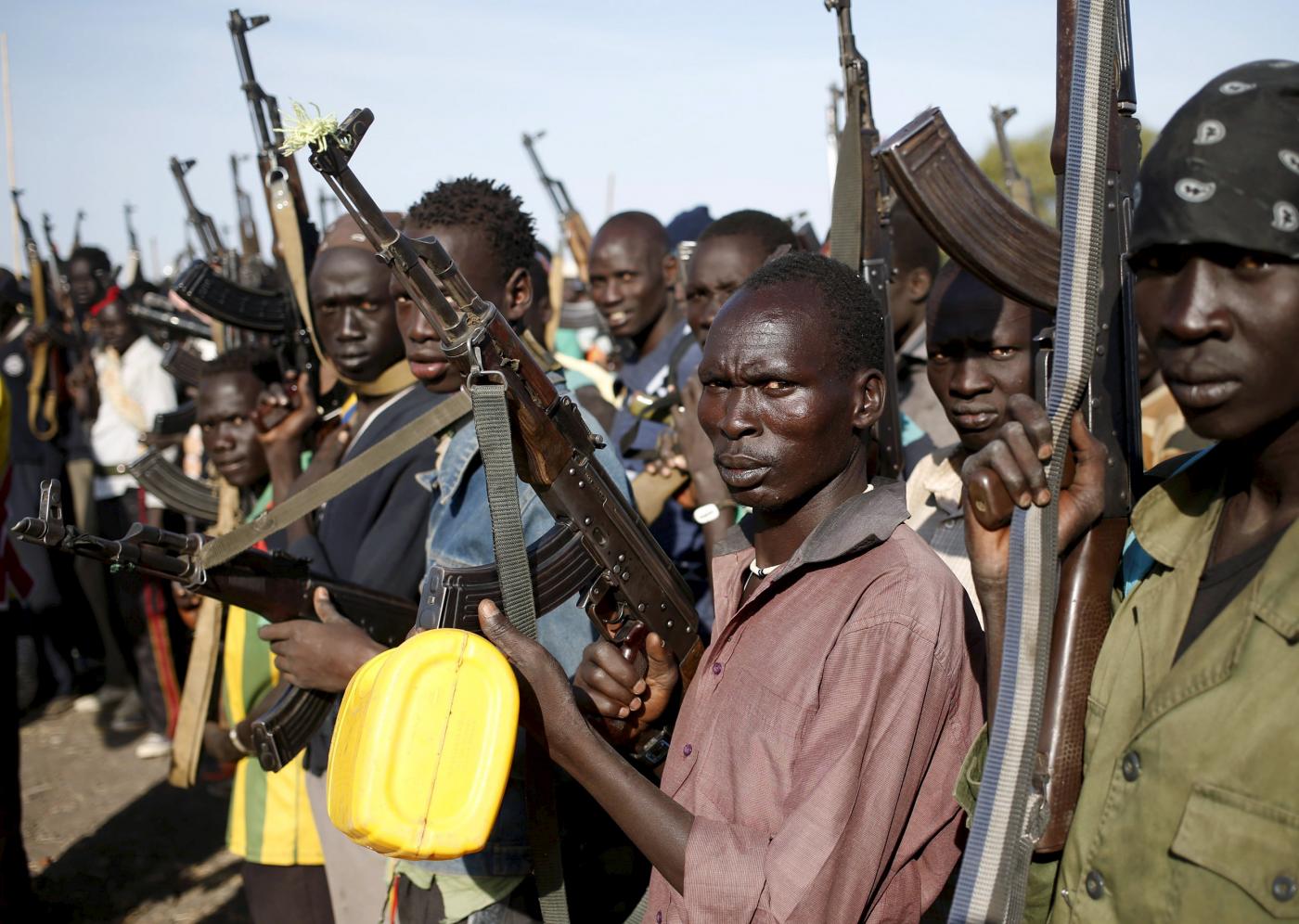 It has been 65 years since the Genocide Convention, drafted in reaction to the Holocaust, first came into force, but the international response to mass atrocities remains largely ineffective. The usual actions—the provision of humanitarian aid, the naming and shaming of war criminals, and peacekeeping, to name a few—are vitally important, but they have not done much of anything to dissuade criminals from abusing human rights.

Take the provision of humanitarian aid. It is a crucial first step in keeping survivors alive, but it is unable to address the root causes of mass atrocities: the incentives for officials and their collaborators to use violence and authoritarian rule to maintain or gain power. At times, when the aid is poorly conceived, as was the case in Somalia during the U.S.-led humanitarian intervention in the 1990s, it even helps reinforce abusive networks. In Somalia, the international community entered into contracts with companies owned by the warlords themselves to provide housing and other services to the population, delivering an infusion of resources to the very people who had been destroying the country. Other important but largely ineffective tactics—the naming and shaming of war criminals, the deployment of UN investigators or the establishment of UN commissions, and the passage of UN Security Council resolutions that threaten to punish but do not actually do so—might help build a record for future prosecutions and establish who is responsible for the crimes, but they fail to do much to the leaders who commit atrocities.

Even the prospect of prosecution by the International Criminal Court or by an ad hoc tribunal is not enough to rein in abusive governments. A number of African leaders are either withdrawing their countries from the ICC or threatening to withdraw because of what they say is the court’s bias against Africa. The court has issued an arrest warrant for Sudanese President Omar al-Bashir for genocide, but he has openly mocked the institution by traveling to countries that either are not ICC signatories or have not upheld their responsibility to arrest him. In Kenya, the ICC dropped its investigation of President Uhuru Kenyatta after ICC prosecutors said the case had collapsed as a result of witness intimidation.

When a crisis reaches a critical level, another option is peacekeeping. But such missions are almost universally compromised because they require the consent of the very governments that are perpetrating the crimes. That’s why these missions are often blocked, or else their mandates are severely diluted, which essentially renders peacekeeping a spectator sport. Meanwhile, outright military intervention can work in some cases, but it is rarely used when it comes to protecting human rights.

On occasion, the international community succeeds in imposing targeted sanctions against a few mid- and upper-level military or political officials, but they are usually ineffective. UN member states are supposed to implement the sanctions, but they rarely dedicate the resources needed to monitor sanctioned officials and properly enforce visa bans or asset freezes. Moreover, decisions over whom, precisely, to sanction can become too easily politicized, as in the case of South Sudan.

What is missing from all these policy responses is a tool that actually alters the cost-benefit analysis of those committing atrocities and that is free from the type of political baggage associated with sanctions. This is where anti-money-laundering measures could be game changing. They already exist and are being used very effectively in countering terrorism, preventing nuclear proliferation, and fighting organized crime. Research by the Enough Project and its Sentry investigative team has shown that kleptocrats, as it turns out, don’t keep their money under their mattresses; rather, they launder it and move it offshore into real estate, companies, and bank accounts. And the U.S. dollar is often the currency of their choice. When Salva Kiir of South Sudan or Joseph Kabila of the Democratic Republic of the Congo steal from their people, they store their assets in U.S. dollars that flow through the U.S. financial system. And when a kleptocrat opens an account denominated in U.S. dollars, or buys a new house in another country with U.S. dollars, the money related to those transactions almost always passes through New York City because of the way in which international banks work together to settle payments in U.S. dollars. The money may move through a New York bank in just a split second, but that is enough to give the U.S. government jurisdiction and leverage.

In fact, these are the same kind of transactions that led to penalties against major banks, in the hundreds of millions of dollars and in some cases even billions, for violating sanctions against Iran and other countries. Since the late 1980s, and in particular since 9/11 and the passage of the U.S.A. Patriot Act, the global financial community has developed stronger tools to pressure banks to counter the money-laundering activities of terrorists, nuclear proliferators, and organized criminals. These threats still persist, of course, but there have been hundreds of convictions and penalties resulting in billions of dollars in fines and seizures. The perpetrators of these crimes face real pressure and have been forced to use far riskier and more complex methods of moving money.

And yet, anti-money-laundering and asset-recovery measures have rarely been used in the service of peace and human rights, especially in Africa, where crimes against humanity are the most widespread. In fact, the U.S. Treasury Department has never taken action in sub-Saharan Africa against money laundering, other than for countering terrorism. But in other parts of the world, Washington has used such tactics to stop corrupt leaders from stealing money from their countries, as it did against Viktor Yanukovych, and his family and allies, when he fled Ukraine after the Euromaidan revolution in 2014.

Applying such techniques to help protect human rights in Africa would be fairly straightforward. The United States could act unilaterally, through the Treasury Department, simply by using existing laws. The Treasury Department already issues advisories for financial institutions to help them investigate patterns of money laundering, including those involving corruption. The department would simply issue one for the concern in question, which could relate to a specific foreign bank, a type of transaction, or an entire country or region. It would ask U.S. banks to check for and report on suspicious activity.

Of course, a U.S. bank could respond to such an advisory by pulling out of that market entirely—an action known as “wholesale de-risking”—because the compliance costs and potential for exposure to major penalties can become too high when compared with the potential profits from the region. So the Treasury Department’s advisories should also warn against the risks of pulling out of a region completely.

Combining these types of anti-money-laundering measures with the usual tools, such as robustly enforced targeted sanctions, would not just freeze a few assets; it could also keep those willing to commit genocide or other mass atrocities out of the formal international financial system altogether. Without this access, warlords and kleptocrats would find it much more difficult to secure their assets in overseas accounts, making it much harder for them to profit from conflict. Of course, these warlords and kleptocrats could hoard their money at home, but the instability of domestic banking systems would make that much less appealing.

Central and eastern Africa have experienced more deaths from conflict, genocide, and mass atrocities than any other subregion since World War II. Think of the toll wreaked by Ethiopia’s war-induced famine in 1984̶85, Somalia’s civil war in the 1990s, the Rwandan genocide in 1994, the clashes in Congo, the North-South war in Sudan, South Sudan’s own civil war, the genocides in Darfur and the Nuba Mountains, the cyclical conflicts in Burundi and the Central African Republic, and the violence of armed groups such as the Lord’s Resistance Army and al Shabab. In all these cases, the large-scale targeting of civilians, mass rape, the systematic recruitment of child soldiers, and the blockading of humanitarian aid have been frequent tactics.

Popular narratives notwithstanding, the root causes of these conflicts have not simply been religious, racial, or ethnic divisions. Such factors have certainly motivated extreme violence, and they need to be addressed as part of solutions. But the true fights are over control of hijacked states and the natural resources that enrich the countries involved. Central and eastern Africa are blessed with oil, gold, diamonds, and other valuable minerals, as well as wildlife, all of which are smuggled into and sold in the international market for extraordinary profits. Control of the state is the surest way to access these resources, and diverting state budgets into the military and security, a means of violently suppressing dissent, is how to secure them.

Ignoring the kleptocracies at the center of these crises condemns the people of the region to continuing strife. Billions of dollars a year spent on humanitarian and peacekeeping initiatives, which certainly save lives, does little to alter the deadly status quo. For U.S. policymakers, and the incoming administration of U.S. President-elect Donald Trump, utilizing tools of financial pressure—in particular, anti-money-laundering measures alongside targeted sanctions—could be a cost-effective way to counter genocide and mass atrocities and finally force some of the worst human rights abusers to face consequences and accountability.