The Obama administration intended to let the resolution, spearheaded by Egypt, survive a vote in the chamber. Egypt pulls anti-settlement resolution at last minute 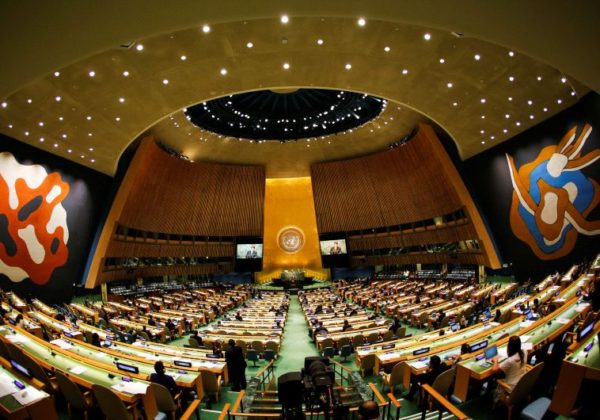 WASHINGTON — The Israeli government asked President-elect Donald Trump’s transition team to intervene before a vote scheduled for Thursday at the UN Security Council condemning its settlement activity in the West Bank, just as Barack Obama planned to allow the resolution to pass.

The Obama administration intended to let the resolution, spearheaded by Egypt, survive a vote in the chamber. Their plans to abstain were stymied, however, when Egypt decided to delay its motion to proceed with the draft.

Western diplomats lashed out at Egypt’s president, Fattah al-Sisi, for “caving” to Israeli pressure on an initiative that it had originally pioneered. But it may have been Israel’s clout with the incoming US administration that, in turn, gave Jerusalem political leverage over Cairo.

An Israeli official confirmed to The Jerusalem Post on Thursday night that Netanyahu’s government reached out to Trump’s team, hoping for his help as the vote approached. Trump released a statement on the topic this morning calling on the outgoing administration to veto the resolution.

Israeli officials believed the Obama administration had planned its abstention for some time, and was angered by Egypt’s decision to suddenly change course. The goal of the White House, according to the Israeli government’s assessment, was to let off a parting shot at a prime minister with whom it has fought for years and to bind the incoming administration with new international language.

As its suspicions grew, the government warned the Obama administration that it would ask the president-elect for help. According to Reuters, four Security Council members are now warning Egypt that if it does not put its resolution up for a vote, then they reserve the right to do so.

State Department officials declined to comment on whether Trump’s aides had reached out ahead of time, and would not confirm that the US had plans to abstain. But “we’ve been very clear about our position on settlements,” State Department spokesman John Kirby said, “and the degree to which we don’t find them to be constructive to the overall cause of peace.”