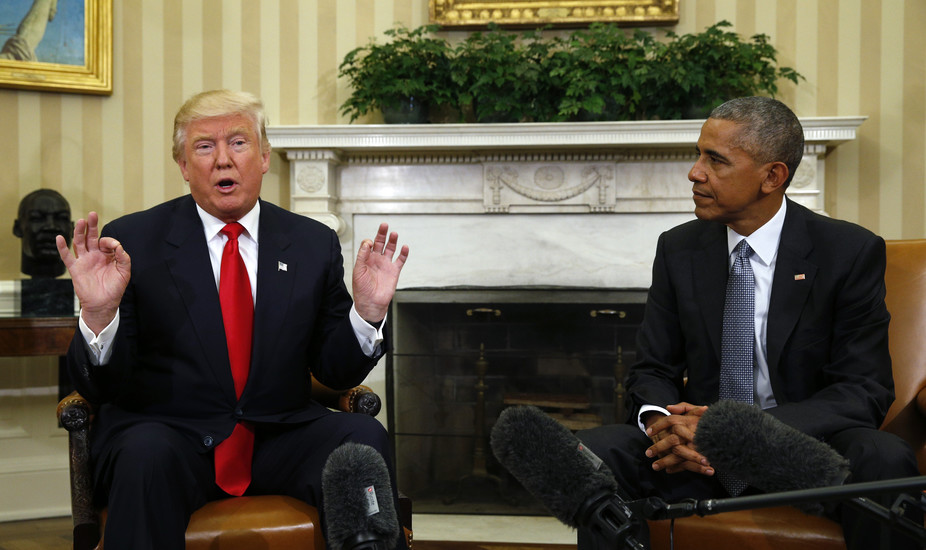 US President-elect Donald Trump’s nominee to lead the US Environmental Protection Agency, Scott Pruitt, publicly questions the existence of climate change. He, and presumably Trump himself, opposes President Barack Obama’s environmental initiatives to limit greenhouse gases that cause global warming.

US withdrawal from these agreements would imperil Africa. It is the region least responsible, most vulnerable, and least able to afford the cost of adapting to global climate change. Southern Africa is already suffering effects of global warming rates twice as high as the global average.

If Trump forsakes US support for the 2015 Paris Climate Accord, endorsed by 193 members of the United Nations (UN), as well as Obama’s bilateral climate agreement with China, the resultant rise of global warming and extreme weather events will wreak havoc throughout Africa. Global social media will amplify the human dramas and dangers of forced migrations, viral epidemics and related deadly conflicts as credible evidence of global warming’s impact continues to accumulate. China and the US are the world’s biggest emitters of greenhouse gases.

So it is incumbent on African governments, individually and with the African Union, the UN and civil society networks globally and in the US, to pressure the Trump administration to keep US commitments.

Trump’s personal convictions about the threat and causes of global warming remain obscure. Several of his key cabinet appointees’ views are less so. And the cabinet hasn’t had this concentration of representatives from the old Republican corporate and military establishment since Ronald Reagan governed in the 1980s.

Most are ideologically conservative, older, white, Christian men hostile to government regulation, including those related to the environment.

Today, the consequences for Africa of such reversals could be catastrophic.

The nomination of Rex Tillerson, ExxonMobil’s chairman and CEO, to become the next Secretary of State is of immediate concern to environmental scientists. This is particularly the case given ExxonMobil’s history of concealing the truth about global warming.

Governor Rick Perry of Texas, nominated to become Energy Secretary, is another proponent of reliance on fossil fuels. The climate effects of these have caused major disruptions to communities in Africa. The drought plagued and conflict prone weak states of the Sahel are especially vulnerable. Meanwhile the better known legacy of environmental damage by US and other oil companies in the Niger Delta continues to cause hardship and conflict.

Lessons from the past

Mobilising popular opposition to US actions that are hurtful to Africans is never easy. But here too an analogy to the Reagan years may be instructive. In 1986 bipartisan majorities in Congress overrode Reagan’s veto of the Comprehensive Anti-Apartheid Act. This imposed sanctions on South Africa, with conditions requiring national liberation for their removal.

Curbing global warming for the benefit of Africa and humanity might seem less urgent than ending apartheid in the 1980s. And were international sanctions to punish the polluter they would be against the US. Yet in other ways comparing the global anti-apartheid movement to one seeking freedom of relief from global warming may be similar.

Popular and bipartisan opposition to apartheid took many years to coalesce. But a popular and powerful president was finally overpowered. Global warming already has 64% of the US public “worried/care a great deal” according to a recent Gallup poll.

Trump won the White House narrowly in America’s archaic electoral college and lost the popular vote by a greater margin – 2.8 million – than any US president.

Although Africa has never been among the US’s foreign policy priorities, public support development and humanitarian assistance have enjoyed broad public support, not only among liberals and those who voted for Trump’s opponent. Major programmes to benefit Africa’s people in public health, agriculture, clean energy, and education have been rare examples of bipartisan support in an otherwise mostly dysfunctional US Congress. A campaign to help Africans adapt to climate change could resonate publicly and politically in ways that would benefit America as well, as with the anti-apartheid movement.

Passing even popular legislation takes time. The 1986 anti-apartheid bill was first introduced in 1972. By contrast, global warming relief for Africa is on a fast track. In 2014, Barack Obama committed the US to make a major down payment of $US 3 billion as part of a special $100 billion programme for African and other low income countries seriously affected by climate change caused by the US and other global polluters.

Trump and his team appear poised to rescind this commitment. Successfully opposing such a decision would be an early big victory in what is shaping up to be a major test for Trump’s leadership at home and abroad.

African leadership of this campaign is essential. South Africa is in a good position to speak with conviction. It is one of the countries most seriously affected by climate change and is also home to Africa’s leading climatologists.

But to stand up to the unilateral fact-free flailing of Trump and his climate change denialists will require more than evidence.

Global warming raises a moral imperative to help those of us who are most vulnerable, least responsible for contributing to it and most in need. For these reasons we should all draw inspiration and be driven by the “stubborn sense of fairness” that the late Nelson Mandela credits his father for instilling in him.

John J Stremlau is Visiting Professor of International Relations, University of the Witwatersrand.