Low commodities prices make for another challenging year for most Sub-Saharan African countries. Social unrest is not uncommon in these countries, nor is it uncommon for a strong central government to withstand them. But cracks are emerging in countries like Nigeria and South Africa, where political problems are likely to worsen in 2017.

For South Africa, the difficulties of 2016 will inform the decisions of 2017. Weak economic recovery and political losses from municipal elections in August have eroded public support for the ruling African National Congress. The party will try to maintain its traditional support base among the rural and poor black working class even as the economy stagnates. To that end, the ANC will try to promote social welfare and appease pro-labor groups, even through state intervention, so that the left-wing elements of its support base do not defect to another party or challenge him within his own. 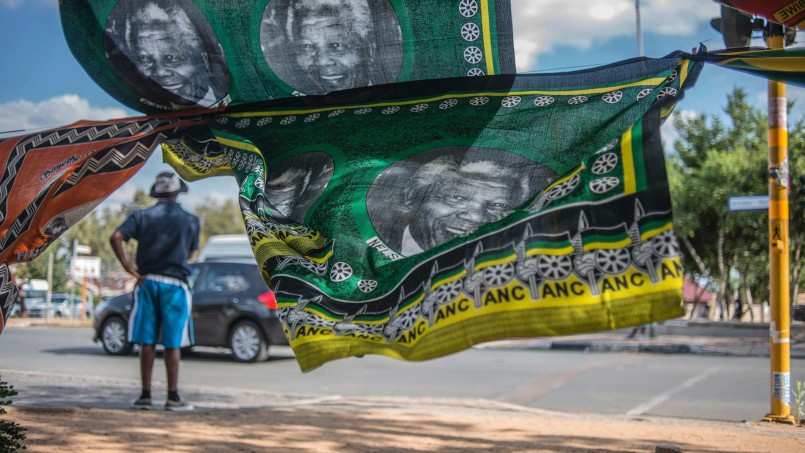 The stage is thus set for a competition over who will lead the ANC, the vote for which will be held during the party’s leadership congress in December 2017. President Jacob Zuma is supposed to abdicate his party chairmanship, and he wants his successor to come from the same ethnic Zulu and pro-labor circles as he did. But his rivals have other plans. In fact, a right-leaning, pro-business faction of the ANC is gaining steam, and if a challenger from that faction assumes control of the party, Zuma may be recalled as president in 2018.

African rulers cling to power in a variety of inventive ways. Over the past few years alone, three long-serving rulers – the Republic of Congo’s Denis Sassou-Nguesso, Equatorial Guinea’s Teodoro Obiang, and Uganda’s Yoweri Museveni – did so through constitutional reform. In 2017, the leaders of Angola, Zimbabwe and the Democratic Republic of Congo will have to execute their own plans to retain power, if not for them than for those that are close to them.

Angola’s transition will be the smoothest. President Jose Eduardo dos Santos, who has run the country since 1979, has announced that he will not stand for re-election in August. Though the 74-year-old is stepping down without a fight, he has a carefully crafted plan in place to keep power in the hands of the ruling MPLA. Dos Santos will spend most of the year mentoring his designated successor, Defense Minister Joao Lourenco, and instructing him how to navigate the complex patronage network he spent several decades building. Dos Santos will also make sure his family’s interests, which extend into the state-run oil company and the country’s sovereign wealth fund, survive the transition.

Zimbabwe’s presidential transition will be considerably more ugly as the power struggle over the presidency intensifies in the lead-up to 2018 election. President Robert Mugabe, 92, will not voluntarily step down, but if he leaves office involuntarily, whether by force or by natural death, he will be replaced by Vice President Emmerson Mnangagwa, who has the support of the country’s security forces. (If Mugabe is still around, he can be expected to run for re-election.) Under Mnangagwa, Zimbabwe would be more likely to open itself up to Western institutions for financial relief, if only to shore up his own legitimacy.

Joseph Kabila, the president of the Democratic Republic of the Congo since 2001, has employed more creative tactics to stay in power. Kabila has already delayed the presidential election from 2016 to 2018, citing issues in voter registration and funding. There is no guarantee, of course, that the election will actually take place as planned, the possibility for 2017 elections notwithstanding. But even if it does take place, Kabila has plenty of time to find a successor or find another way to hold onto power. But the president may be overplaying his hand. He oversees an inherently weak patronage system in a country predisposed to rebellion and mired economic turmoil. By intensifying crackdowns in 2017 he risks losing critical international aid and military assistance from MONUSCO, the U.N. peacekeeping mission in the country. Such a loss would put him in an even tighter corner as he clings to power.

A Tough Year for Nigeria

Nigerian President Muhammadu Buhari has another tough year ahead of him. Oil prices remain low and challenges to his ruling are rising. One such threat comes from within his own All Progressives Congress party. Facing more resistance within the congress, Buhari will try to rely more on executive action to pursue his reform agenda and sustain an anti-corruption probe. But that will only galvanize the opposition – so much so that the main opposition party, the People’s Democratic Party, could seek an alliance with dissenting factions in the All Progressives Congress ahead of the 2019 presidential election. (As a matter of fact, the People’s Democratic Party has already announced that it would select a presidential candidate in the north, an attempt to divide Buhari’s northern support base.) And with less oil revenue at his disposal, Buhari will have limited means to win over new allies and prevent his base from fracturing.

The federal government will also be constrained in its ability to offer improved terms to the stakeholders of and militants in the Niger Delta region. Consequently, oil and natural infrastructure in the Niger Delta will continue to be the target of politically motivated violence in 2017.

2016 was a trying year for Somalia’s security forces. Militant group al Shabaab came back with a vengeance, putting African Union peacekeepers and Somalia’s nascent army on their back feet. In 2017, the security environment will be even more fragile as AMISOM struggles to maintain its current troop levels, let alone increase them. And its fragility will give al Shabaab even more room to acquire territory and to pressure the international mission. Budget cuts, not to mention the conflict’s intractability, have already some AMISOM contributors reconsider their participation. Uganda has even said it would begin to withdraw its troops by December 2017. If AMISOM falls apart, then al Shabaab will flourish.

Ethiopia will also de-prioritize its commitment to the African Union Mission in Somalia (AMISOM) in 2017 but for different reasons. In 2016, social unrest against the Tigray minority-dominated regime in Addis Ababa spread from mainly ethnic Oromo areas of the country to ethnic Amhara areas and beyond. In the latter half of the year, protests and skirmishes between armed opposition and government security forces extended to the outskirts of the capital, providing the greatest challenge to Addis Ababa in years. The government reacted by instituting a massive crackdown, including a six-month state of emergency that will continue into 2017.

The Ethiopian government will apply heavy-handed security measures to try to contain unrest, but it will be unable to do so among the marginalized ethnic groups in the countryside. There is therefore a possibility for the lightly armed opposition to cohere and upgrade to bigger weapons.

The country will continue to suffer from the ongoing drought, though the government will make progress on the Grand Ethiopian Renaissance Dam. With construction proceeding apace, Ethiopia could begin diverting water from the Nile River into a reservoir as early as 2017. Downstream, Sudan and Egypt will try to defend their own water security by gaining more influence in when, and how quickly, the reservoir is filled.

Having already established itself as an emerging producer, East Africa will make more progress in the energy field. The Ugandan-Tanzania pipeline, which will be built by France’s Total SA, the United Kingdom’s Tullow Oil, and China National Offshore Oil Co. Ltd., will begin its initial resettlement planning — an important requirement for Tanzania’s regulatory environment — in the beginning of 2017.

Other key regional infrastructure projects such as the Djibouti-Addis Ababa railway, whose trial service began in October 2016, will have regular service beginning in 2017. The railway, built and bankrolled by China, will significantly reduce the time and cost for shipping Ethiopian goods to Djibouti, which accounts for 90 percent of Ethiopia’s trade. The money saved will come at an opportune time for Ethiopia, struggling as it is with contests to its rule that show no sign of ending in 2017.

Less encouraging for the region is the status of the East African Community’s Economic Partnership Agreement with the European Union. The agreement, in the works since 2007, would guarantee EAC member states duty-free and quota-free access to the EU’s market in exchange for the EAC removing tariffs on over 80 percent of its imports from the European Union by 2033. But the deal has become hostage to the divisions of the East African trading bloc. Eager for the regional deal, the EU has granted the EAC an extension until early February to sign the deal as a bloc. However, persistent concerns of Tanzania over the effects of the EPA on its industrialization policy and its impact on Dar es Salaam’s nascent manufacturing sector will make implementation of the trade agreement exceedingly difficult.