Even America’s own government analysts see the American Era drawing to a close.

Every four years, a group of U.S. intelligence analysts tries to predict the future. And this year, in a report released just weeks before Donald Trump assumes the presidency, those analysts forecast a massive shift in international affairs over the next five years or so: “For better and worse, the emerging global landscape is drawing to a close an era of American dominance following the Cold War,” the study argues. “So, too, perhaps is the rules-based international order that emerged after World War II.” 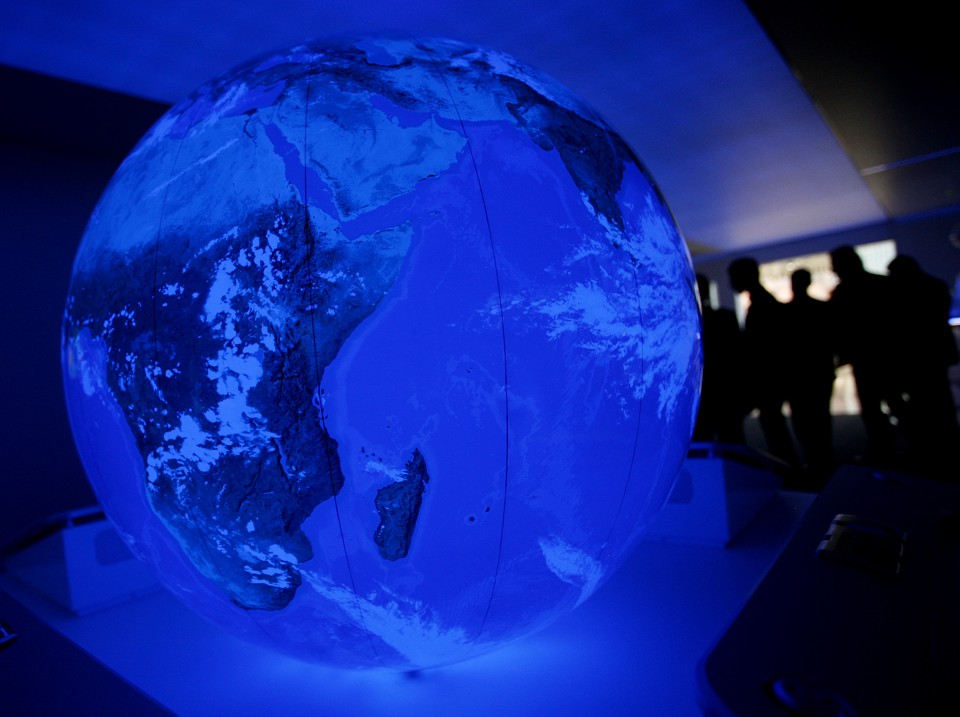 The National Intelligence Council (NIC), a unit within the Office of the Director of National Intelligence, is essentially marking the potential end not just of America’s status as the world’s sole superpower, but also of the current foundation for much of that power: an open international economy, U.S. military alliances in Asia and Europe, and liberal rules and institutions—rules like human-rights protections and institutions like the World Trade Organization—that shape how countries behave and resolve their conflicts.

Trump has repeatedly expressed opposition to key elements of this international order—specifically free-trade deals, U.S. alliance arrangements, and America’s promotion of democracy abroad. But he wants to preserve U.S. dominance in the world; he wants, after all, to once more make America great. And on Tuesday, Michael Flynn, Trump’s incoming national security adviser, suggested that his boss might be more committed to the international system than assumed.

The Trump administration will “examine and potentially rebaseline our relationships around the globe,” Flynn said during an event at the U.S. Institute of Peace. But he added that “alliances are one of the great tools that we have,” that one of America’s strengths is its “unapologetic defense of liberty,” and that the United States “must and will remain a superpower” and “indispensable nation,” borrowing a phrase from the Clinton administration.

Today, however, major powers are struggling to cooperate on issues of global consequence and acting aggressively in their respective parts of the world, the NIC observes. In the coming years, the council envisions the current international system fragmenting “toward contested regional spheres of influence.”
In one example of what this new world might look like, the authors imagine that by the early 2020s—when Donald Trump, who is never mentioned by name in the report, could conceivably still be president—China, Russia, and Iran come to believe that the United States is retreating from the world because of its divisive domestic politics and messy government finances. As a result, the Chinese, Russians, and Iranians set about expanding their influence over neighboring countries, such that, by the mid-2020s, the “powers at the center of [regional] spheres [are attempting] to assert their right to privileged economic, political, and security influence within their regions.” The report’s authors, for instance, envision China seeking to address poor environmental conditions in the country by diverting rivers or injecting sulfate aerosols into the atmosphere, harming nearby states in the process. The scenario reaches a climax during the Indo-Pakistani war of 2028, which involves the first use of a nuclear weapon in a conflict since 1945—and jolts the world’s great powers into cooperating with each other again.
“Warring will be less and less confined to the battlefield, and more aimed at disrupting societies.”

The report—which, among other sources, draws on field visits to 36 countries and territories and consultations with various experts in and out of government—predicts that global economic growth will slow: “India will be the world’s fastest growing economy during the next five years as China’s economy cools and growth elsewhere sputters,” the authors write (U.S. economic growth is expected to be “modest”). It predicts that the threat of terrorism will grow: “Although the location of religiously driven terrorism will fluctuate, the rise of violent religious nationalism and the schism between Shia and Sunni are likely to worsen in the short term and may not abate by 2035,” the authors note (a pretty safe bet for a religious schism that has persisted since the seventh century). Within and across countries, the study asserts, “information ‘echo chambers’ will reinforce countless competing realities, undermining shared understandings of world events” (not that shared understandings of events has ever been the world’s strong suit).

Nationalism, which often stokes tensions between countries and frames “international relations in existential terms,” may swell in response to the largest migrant flows in decades and the disruptions caused by globalization. As a result, the risks of conflict between countries could rise “to levels not seen since the Cold War.”
States such as China and Russia have demonstrated a willingness to engage in “‘gray zone’ aggression” that stays “below the threshold of hot war” but blurs peacetime and wartime, and brings “profound risks of miscalculation.” Over the next 20 years, the report continues:

Warring will be less and less confined to the battlefield, and more aimed at disrupting societies—using cyber weapons from afar or suicide terrorists from within. …

Future conflicts will increasingly emphasize the disruption of critical infrastructure, societal cohesion, and basic government functions in order to secure psychological and geopolitical advantages, rather than the defeat of enemy forces on the battlefield through traditional military means. Noncombatants will be increasingly targeted, sometimes to pit ethnic, religious, and political groups against one another to disrupt societal cooperation and coexistence within states. Such strategies suggest a trend toward increasingly costly, but less decisive conflicts.

Amid these dynamics, the report warns, populist authoritarian politics could threaten liberal democracy. “It will be tempting to impose order on this apparent chaos,” the authors ominously note.

In the report, Gregory Treverton, the chairman of the NIC, stresses the limits of the exercise that his team undertook. When assessing how the past will shape the future, he writes, “we can be led to confuse recent, dramatic events with the more important ones.”

The NIC’s “Global Trends 2015” report, published in 2000, only months before the 9/11 attacks, is a case in point. The study correctly foresaw several aspects of the world we know today: ambiguous new forms of state-directed cyberattacks; an authoritarian Russian government bent on reestablishing its influence in former Soviet republics; a Middle East reeling from terrorism, demographic pressures, social upheaval, and religious extremism; and more. But it incorrectly foresaw many other developments, including a new Palestinian state, a nuclear-armed Iraq, and a closely integrated European Union.

“[H]uman nature commonly expects tomorrow to be pretty much like today,” Treverton observes, “which is usually the safest bet on the future until it is not.”