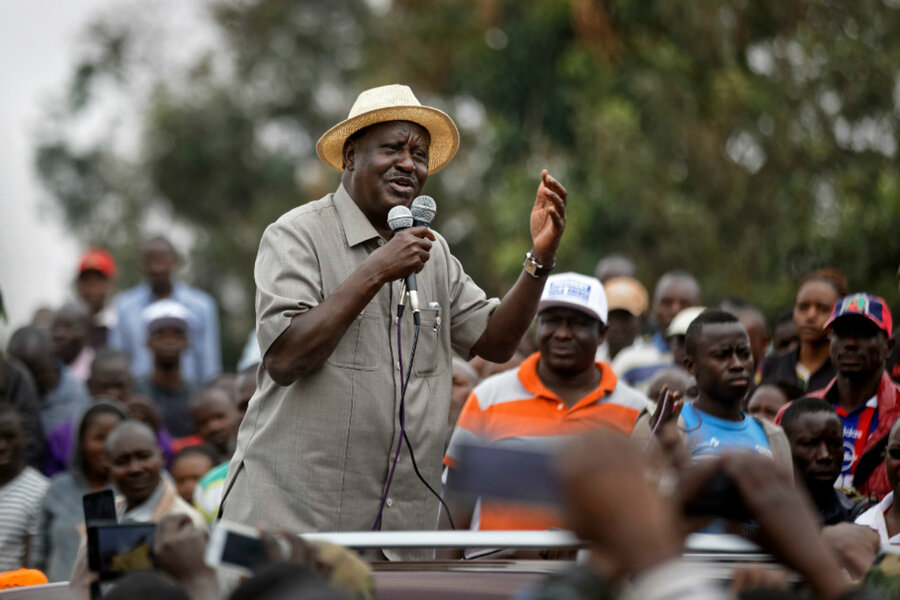 NAIROBI—Kenyan opposition leader Raila Odinga said on Tuesday his coalition would not participate in the re-run of a presidential election proposed for Oct. 17 unless it is given “legal and constitutional” guarantees.

Incumbent President Uhuru Kenyatta responded by saying there was nowhere in law that required the electoral body to consult Odinga. The opposition also said it is planning to file dozens of challenges to results from races lower down the ticket, including legislative and local seats. Mr. Odinga’s conditions for participating in the repeat presidential election include the removal of six officials at the election board. He wants criminal investigations to be opened against them.

“You cannot do a mistake twice and expect to get different results,” Odinga told reporters. “A number of the officials of the commission should be sent home, some of them should be investigated for the heinous crimes they committed.”

Kenya’s Supreme Court ordered on Friday that the Aug. 8 vote be re-run within 60 days, saying Kenyatta’s victory by 1.4 million votes was undermined by irregularities in the process. Kenyatta was not accused of any wrongdoing.

The ruling, the first time in Africa that a court had overturned the re-election of a sitting president, was hailed by Odinga supporters as “historic.” Analysts have said it is likely to lead to some short-term volatility in East Africa’s biggest economy, but could build confidence in institutions longer-term.

On Monday, the election board said it would hold new elections on Oct. 17. But Odinga said he wanted elections held on Oct. 24 or 31 instead. “There will be no elections on the 17th of October until the conditions that we have spelt out in the statement are met,” he said.

Kenyatta rebuffed Odinga’s demands to the commission on the setting of the election date. “There is no legal requirement that Raila be consulted. I was neither consulted. Kenya doesn’t belong to one man,” he said in a statement sent by his office.

Odinga has lost the last three presidential elections. Each time, he has said the vote was rigged against him. The opposition also plans to lodge 62 court cases contesting governorship, lawmaker, and local seats, spokeswoman Kathleen Openda told Reuters. At least 33 court cases were filed contesting election results before the presidential election was annulled, said Andrew Limo, spokesman for the election board. Others had been filed since but he did not have the updated figure.

Mr. Limo said the numbers had not yet reached the same level as during the 2013 elections, when the board received challenges to 189 results.