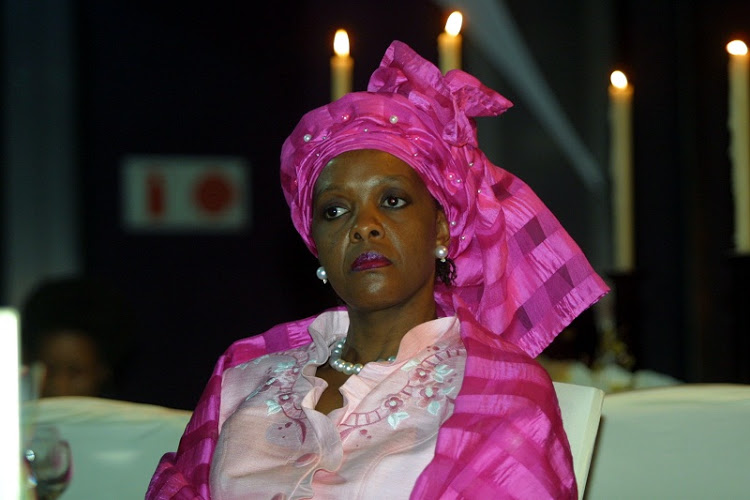 Harare — The extent of former first lady Grace Mugabe’s vast wealth came to light at the weekend when the one-time Zimbabwe presidential hopeful was confirmed to be the owner of three luxury vehicles — a Rolls Royce Ghost, a Porsche and a Range Rover Autobiography.

Mugabe’s known wealth already includes plush properties in Harare, among them the family’s private residence, dubbed Blue Roof, in the upmarket Borrowdale suburb, a dairy farm, an orphanage in Mazowe and private schools that she runs in the same area.

The vehicles, which were en route to SA via Botswana for services, were under the care and watch of her first son, Russell Goreraza, who was accompanied by his friends.
In three handwritten affidavits done for each of the vehicles by Mugabe, she confirmed ownership of the three vehicles.
“I, Grace Mugabe, of Grace Mugabe Children’s Home Iron Mask, do hereby give authority to Russell Goreraza to travel with my car, a Rolls Royce Ghost, to Botswana and SA,” a part of the affidavit reads.

The arrival of the Rolls Royce Ghost late in 2017 sparked a public outcry in Zimbabwe given its high value, amid the deteriorating economic conditions in the country.
At the time of the public outcry, opposition party members and civic activists called for the Zimbabwe Revenue Authority to produce evidence that the vehicle’s owner had paid duty for it.
On Friday, before the vehicles were allowed to leave Zimbabwe via the Plumtree border post into Botswana, it is understood that they were the subject of a heavy search by customs and immigration officials.

The occupants of the vehicles were only allowed to leave after they produced affidavits written by Mugabe, which authorised them to take the vehicles out of the country.
At the weekend Botswana media reported that the vehicles were badly damaged after being involved in an accident.
Meanwhile, a three-month amnesty extended by new Zimbabwean President Emmerson Mnangagwa to individuals and companies that siphoned foreign currency out of the country and stashed it in offshore accounts, is set to expire on March 1.

During a state visit to Namibia earlier in January, Mnangagwa said the amnesty had been “heeded and substantial millions” had returned back into the country since he first announced it.
The Zimbabwe government is due to set up 10 specialised courts to try cases of corruption in 2018 — where it is largely expected that cases of externalisation of funds will be tried among other crimes linked to corruption.

As much as $1bn is estimated by independent economists to have been taken out of the country, as a crippling foreign currency supply worsened and confidence in the economy tanked [sic].