The truth is, you just can’t tell who your real friends are these Days 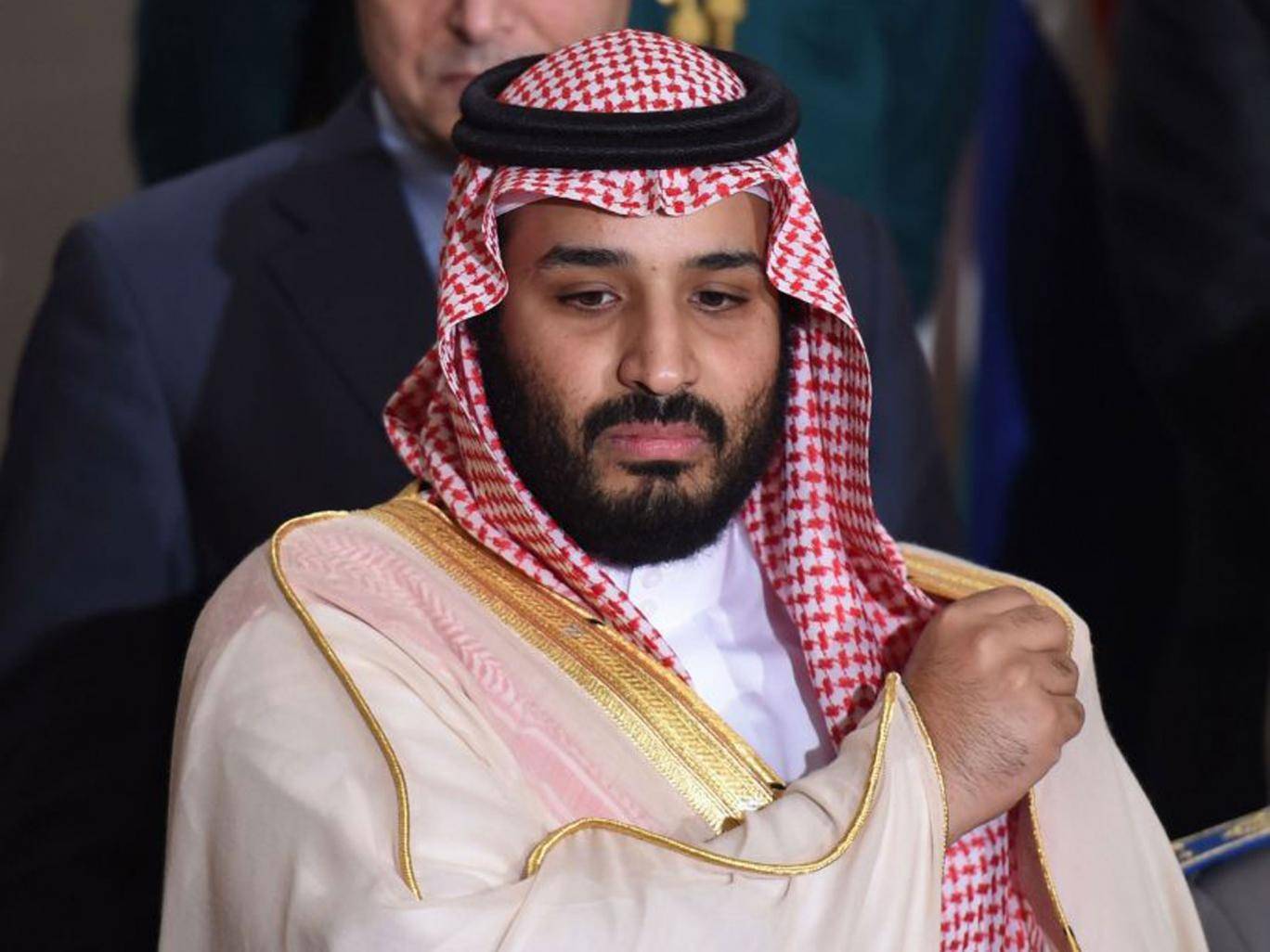 The Crown Prince is dealing with a Western power, in this case the Brits. And the only advice he should be given in such circumstances is: mind your back AP

Thank heavens Theresa May is giving a warm welcome today to the illustrious Crown Prince of Saudi Arabia, His Royal Majesty Mohammad bin Salman. For it is meet and right that she should do so. His Royal Highness is a courageous Arab reformer, keen to drag his wealthy nation into the 21st century in a raft of promises – women’s rights, massive economic restructuring, moderate Islam, further intelligence gathering on behalf of the West and an even more vital alliance in the “War on Terror”.

Thank God, however, that Theresa May – in her infinite wisdom – is not going to waste her time greeting a head-chopping and aggressive Arab Crown Prince whose outrageous war in Yemen is costing thousands of lives and tainting the United Kingdom with his shame by purchasing millions of dollars in weapons from May to use against the people of Yemen, who is trying to destroy his wealthy Arab brothers in Qatar and doing his best to persuade the US, Britain and sundry other Westerners to join the Saudi war against the Shias of the Middle East.

You see the problem? When it comes to money, guns and power, we will cuddle up to any Arab autocrat, especially if our masters in Washington, however insane, feel the same way about him – and it will always be a “him”, won’t it? And we will wash our hands with them if or when they have ceased to be of use, or no longer buy our weapons or run out of cash or simply get overthrown. Thus I can feel some sympathy for Young Mohammad.

I have to add – simply in terms of human rights – that anyone who has to listen to Theresa “Let’s Get On With It” May for more than a few minutes has my profound sympathy. The Saudi foreign minister, Adel al-Jubeir, a very intelligent Richelieu, must surely feel the same impatience when he listens to the patently dishonest ramblings of his opposite number. Boris Johnson’s contempt and then love for the Balfour Declaration in the space of less than 12 months is recognised in the Arab world as the cynical charade that it is.

Human rights groups, Amnesty and the rest are angrily calling Crown Prince Mohammad to account this week. So are the inevitable protesters. Any constable who raises a baton to keep order will be “doing the Saudis’ work”, we can be sure. But I fear that the Crown Prince should be far more concerned by the Government which is now grovelling to his leadership. For he is dealing with a Western power, in this case the Brits. And the only advice he should be given in such circumstances is: mind your back.

A walk, now, down memory lane. When Gaddafi overthrew King Idris, the Foreign Office smiled upon him. A fresh face, a safe pair of hands with an oil-bearing nation whose wealth we might consume, we thought Gaddafi might be our man. The Americans even tipped him off about a counter-coup, just as we much later helped Gaddafi round up his opponents for torture. Then Gaddafi decided to be an anti-colonial nationalist and eventually got mixed up with the IRA and a bomb in a West Berlin nightclub – and bingo, he became a super-terrorist. Yet come the “War on Terror” and the invasion of Iraq, Gaddafi was kissed by the Venerable Blair and became a super-statesman again. Until the 2011 revolution, at which point he had to become a super-terrorist once more, bombed by Nato and murdered by his own people.

Talking of Iraq, Saddam had a similar experience. At first we rather liked the chap and the Americans even tipped him off on the location of his communist opponents. He was a head-chopper, to be sure, but as long as he invaded the right county, he was a super-statesman. Hence we helped him in his invasion of Iran in 1980 but declared him a super-terrorist in 1990 when he invaded the wrong country: Kuwait. And he ended up, like Gaddafi, killed by his own people, albeit that the Americans set up the court which decided to top him.

Yasser Arafat – not that we even think of him these days – was a Palestinian super-terrorist in Beirut. He was the centre of World Terror until he shook hands with Yitzhak Rabin and Bill Clinton, at which point he became a super-statesman. But the moment he refused to deviate from the Oslo agreement and accept Israeli hegemony over the West Bank – he was never offered “90 per cent” of it, as the American media claimed – he was on the way to super-terrorism again. Surrounded and bombarded in his Ramallah hovel, he was airlifted to a Paris military hospital where he conveniently died. The Israelis had already dubbed him “our bin Laden”, a title they later tried to confer on Arafat’s luckless successor Mahmoud Abbas – who was neither a super-terrorist nor a super-statesman but something worse: a failure.

It should not be necessary to run through the other Arab transmogrifications from evil to good to evil again. Nasser, who helped to overthrow the corrupt King Farouk, quickly became a super-terrorist when he nationalised the Suez Canal and was called the “Mussolini of the Nile” by Eden – a slightly measly comparison when you remember that Saddam became the “Hitler of the Tigris” in 1990. Khomeini was a potential super-statesman in his Paris exile when the Shah was overthrown. Then he became a super-terrorist-in-chief once he established the Islamic Republic. The French Jacobins thought that Hafez al-Assad was a potential super-statesman but decided he was a super-terrorist when Bashar al-Assad – lionised in France after his father’s death – went to war on his opponents, thus becoming a super-terrorist himself. The Brits quickly shrugged off their loyalties to Omani and Qatari emirs when their sons staged coups against them.

Thus Mohammad bin Salman, may his name be praised, might be reminded by Adel al-Jubeir as he settles down in London: “Memento homo”, the gladiator’s reminder to every emperor that he is only “a man”. What if the Yemen war is even bloodier, what if the Saudi military become increasingly disenchanted with the war – which is almost certainly why the Crown Prince staged a putsch among his commanders last month – and what if his Vision2030 proves a Saudi South Sea Bubble? What if the humiliated and vexatious princes and billionaires he humbled in the Riyadh Ritz Hotel come to take their revenge? What if – dare one speak his name? – a future British prime minister reopened the Special Branch enquiry into the Al-Yamamah arms contract? And, while we’re on the subject, what if someone discovers the routes by which US weapons reached Isis and their chums after 2014?

Or a real war breaks out with Iran? Please note, no mention here of the Sunni-Shia struggle, the 2016 butchery of Shia opponents in Saudi Arabia – most described as “terrorists”, most of them decapitated – and absolutely no reference to the fact that Saudi Arabia’s Wahhabist doctrines are the very inspiration of Isis and al-Qaeda and all the other jihadi mumbo-jumbo cults that have devastated the Middle East.

Nope. The truth is, you can’t just tell who your friends are these days. Wasn’t it the Brits who double-crossed the Saudi monarchy’s predecessors in Arabia by promising them an Arab empire but grabbing Palestine and Transjordan and Iraq for themselves? Wasn’t it the Brits who published the Balfour Declaration and then tried to betray the Jews to whom they’d promised a homeland and the Arabs whose lands they had promised to protect? Wasn’t it – since we are talking autocrats – the Brits who gave Ceaucescu an honorary knighthood and then took it back when he was deposed? We gave Mugabe the same gong and then took it back. Incredibly, we gave one to Mussolini too. Yes, we took it back in 1940.

So have a care, Crown Prince Mohammad. Don’t trust perfidious Albion. Watch your back at home, but also abroad. Thanks for all the arms purchases. And thanks for all the intelligence bumph to help us keep track of the lads who are brainwashed with the Wahabi faith. But don’t – whatever you do – be tempted by an honorary knighthood.