Authoritarians are on the rise around the world, but history shows they’re mostly helpless. 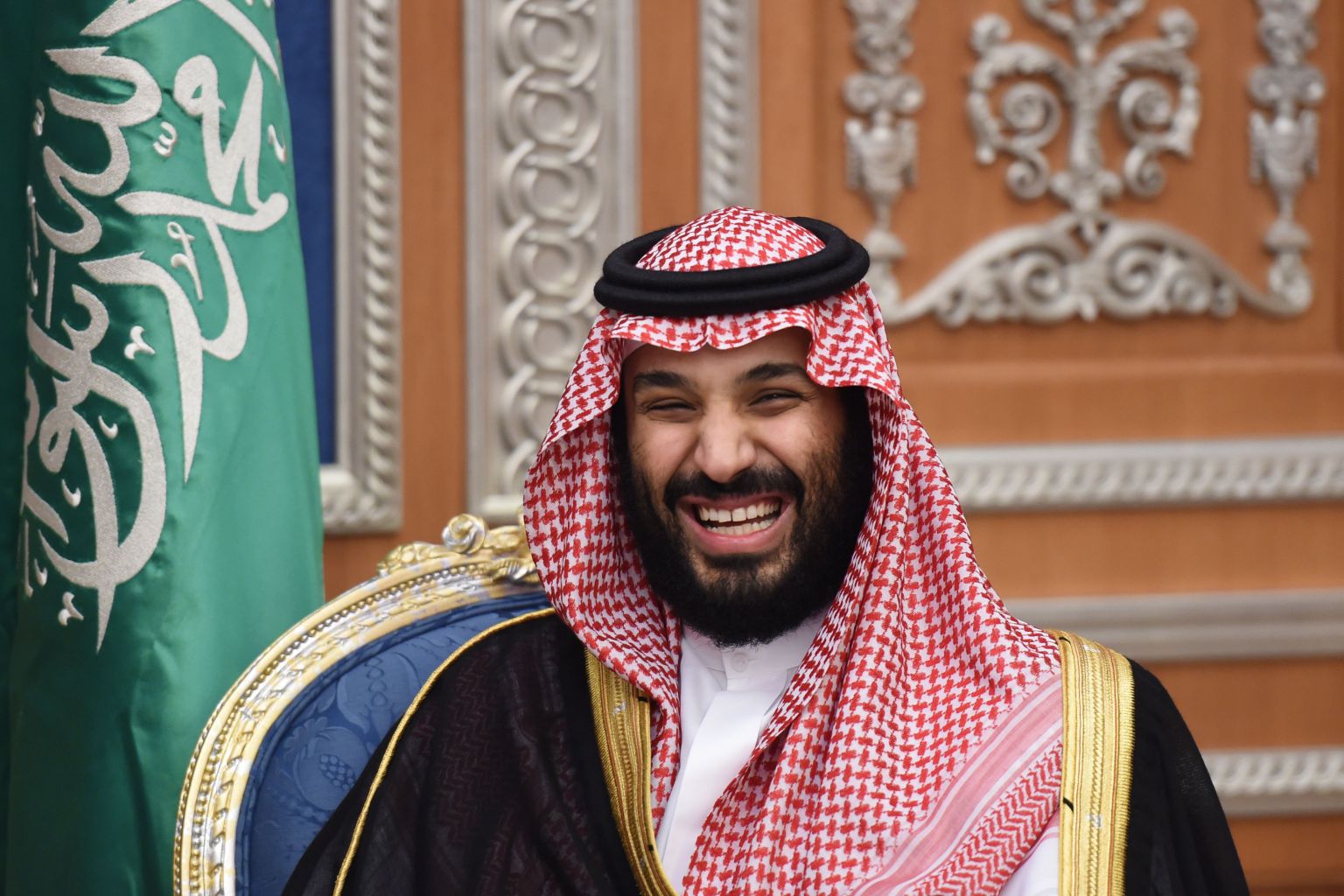 When Muammar al-Qaddafi came in from the cold in the mid-2000s, the “mad dog” of the Middle East embarked upon top-down reforms that were friendly to international markets, investors, the United States, and Europe. Although he became the subject of sympathetic profiles in major Western media outlets, those articles almost never emphasized the fact that the new Qaddafi continued to rule Libya as the old one did — with violence. His legacy is not “Dubai on the Mediterranean” but the chaos and bloodshed that has overwhelmed Libyans since his fall.

At a level of abstraction, Qaddafi’s story is fairly typical of many Middle Eastern leaders who were prematurely labeled as reformers. Why then is there a new romance — both within the Arab world and the West — with the strongman? This is particularly true of Saudi Arabia’s Crown Prince Mohammed bin Salman, whose press clippings by now are the gold standard to which every global leader must surely aspire. The Crown Prince’s scrapbook is likely to grow this weekend with his visit to London, where British Prime Minister Theresa May will roll out the red carpet for the young monarch in her pitch to strengthen the U.K.’s financial and military relations with Saudi Arabia.

Strongmen are back in favor these days. Part of this has to do with U.S. President Donald Trump and his clear disposition toward the tough guys of the world, including Russian President Vladimir Putin, the Philippines’ Rodrigo Duterte, and Egyptian leader Abdel Fattah al-Sisi. But this is not a policy choice that can be attributed solely to the idiosyncrasies of the 45th president. Setting aside that Western officials rarely, if ever, have a choice over who rules other countries, they seem to have faith in the idea that authoritarians deliver stability. It is particularly odd because the strongman, benevolent or otherwise, does not have a good track record.

Strongmen are back in favor these days. Part of this has to do with U.S. President Donald Trump and his clear disposition toward the tough guys of the world

In the 1950s and the 1960s, Egypt’s Gamal Abdel Nasser, Algeria’s Houari Boumediene, and Syria’s Hafez al-Assad came to power promising development, social reform, and national empowerment. The big states they built prevailed over time, but they only worked for short periods, if at all. When the revolutionary ardor faded and modest economic growth trailed off, force filled the breach. The successors to these revolutionary leaders made half-hearted efforts to mobilize their publics with new or refashioned ideological appeals. Yet there was nothing heroic about building a “state of institutions” — which didn’t happen anyway — and connecting the struggle for Algeria’s liberation or Egypt’s crossing of the Suez Canal in 1973 to the exigency of economic development was a stretch. Rather, Mubarak, Bendjedid, and later Bashar al-Assad in Syria presided over increasingly illegitimate and directionless status quos in which states could only muster little capacity to do anything other than coerce their citizens.

This is not just an Arab problem, though. President Hugo Chávez launched the Bolivarian Revolution, setting in motion a process that his boorish successor, Nicolás Maduro, will complete: the failure of Venezuela. Even the principles and ideas upon which Mustafa Kemal Ataturk reoriented Ottoman society and forged of the Republic of Turkey — which seems like the most successful effort at top-down reform of the 20th century — have lost their appeal to millions of Turks.

There are, of course, outliers. The governments of Singapore, the United Arab Emirates, and Qatar have strong track records of development, security, and global prestige. They claim legitimacy because nondemocratic, but also mostly nonrapacious, governments have created wealth and with it superior infrastructure, longer and healthier lives, and opportunities for their citizens. Of course, these governments are not always as benevolent as they would like people to believe, but there is no denying Singaporean, Emirati, and Qatari success. These accomplishments are, however, specific to these places with small populations, unique locations, vast wealth, and particularly charismatic leaders. In other settings, strongman states have more often than not become predatory.

In large, complex societies, reform requires a degree of consensus and some devolution of authority, neither of which your typical strongman — even a reformist-minded one — can countenance. The result is the instability of authoritarian politics and the pathologies they produce including violence, corruption, and radicalization. This seems self-evident, yet the United States and Europe have, in a variety of ways, not just accommodated themselves to the idea of a strongman but promoted it. Even though Sisi has not been received with the same warmth as the Saudi crown prince, his use of brute force to kill terrorists and push economic change has won him praise in the places where it counts, while his efforts to clear the field of opponents and critics has been met with only perfunctory protests. This is not all that different from the way the United States and the West approached Egyptian President Hosni Mubarak, who kept the Suez Canal open, maintained peace with Israel, and kept his boot on the throat of the Islamists. Sisi has gone a step further, however. He has challenged Egypt’s religious establishment to counter the discourse of extremism, which it has either too readily accommodated or lacked the strength to combat. This, in particular, has won the Egyptian strongman plaudits in Europe and the United States among policymakers, elected officials, and even some editorial boards.

For policymakers in the West, it must seem easier to work with strongmen. Democracy is messy, after all

For policymakers in the West, it must seem easier to work with strongmen. Democracy is messy, after all. Strongmen have to worry less about carrying Washington’s water than democrats, who are more sensitive to public opinion. In addition, democracy may produce leaders far worse from the perspective of American or European leaders. For all his faults, when push comes to shove, official Washington would pick Sisi over the Muslim Brotherhood’s Mohamed Morsi every time. If Libya and Yemen survive the chaos currently engulfing them, it will probably be under strongmen whom world leaders will likely welcome by default and with a sigh of relief that the bloodletting and chaos might finally come to an end. Yet the stability and security that authoritarians provide is hardly robust and tends to produce pathologies that threaten their power, producing cycles of opposition, repressions, radicalization, and violence.

Still, it is not hard to see the allure of figures like Mohammed bin Salman to Saudis and foreigners alike. Yes, Yemen is a shameful disaster, current thinking goes, but the crown prince will forge a new social contract, make the country an “investment hub,” allow women to drive, and give young people opportunity. That is far better than a failed or failing Saudi Arabia.

The real attraction to Mohammed bin Salman, however, especially for the West, is his promise, for lack of a more diplomatic term, to “fix” Islam. Sisi’s goal is the same, but it carries more weight coming from the man who will be the Custodian of the Two Holy Mosques. The future Saudi king has created a narrative that his Western interlocutors have repeated numerous times: that Wahhabism was once kinder and gentler, but the Islamic Revolution in Iran led to the rise of a less compromising, less tolerant Saudi Islam. This is taking liberties with the historical record, but it is nevertheless compelling to many who have recently made the pilgrimage to Riyadh as well as many who live there, thrilled that the religious police can no longer arrest them in the name of upholding the puritanical principles of Islam.

Still, the enthusiasm that both Saudis and Western elites have for Mohammed bin Salman seems misplaced. His primary method for implementing change is the accumulation of as much power as possible. And while the crown prince’s supporters do not seem to mind, they will be the ones to pay the price if his transformation of Saudi Arabia falls short, if the gap between what he tells Saudis about their lives and the reality they end up experiencing grows, and if widespread opposition develops. This is not to suggest that Mohammed bin Salman will fail, just that if he is successful in transforming Saudi Arabia, it will be both ironic and in defiance of the odds.