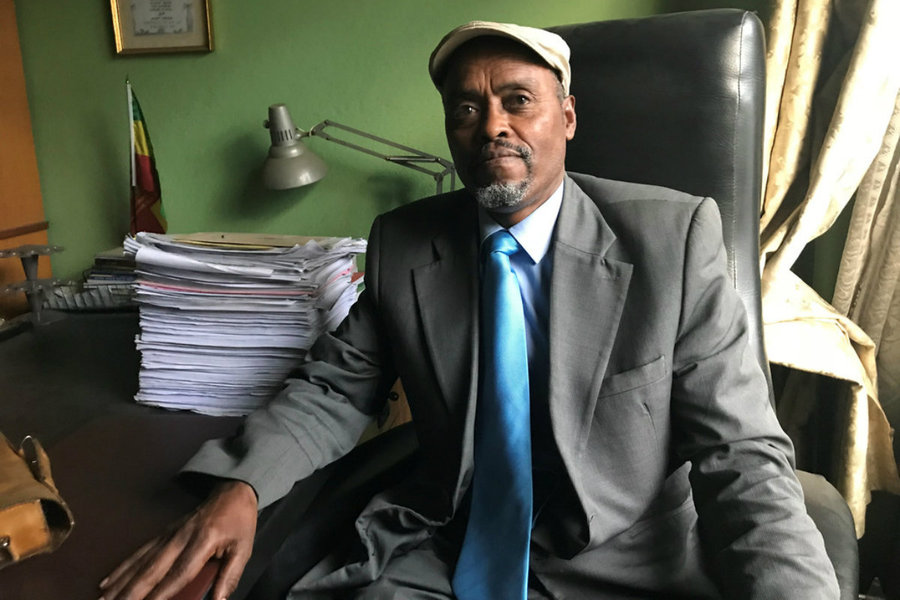 ADDIS ABABA, Ethiopia – Ethiopia has released thousands of prisoners as a new prime minister reverses decades of security abuses. No-one knows how many were tortured.
But some of those torture victims are now talking openly – to the media, to their relatives, and to their friends – about what happened to them after they were jailed, in many cases for protesting against the government.

Their stories raise a hard question for the government: how will it address the injustices committed by security forces behind prison walls?
Since coming to power in April, Prime Minister Abiy Ahmed, has made peace with Eritrea, ended a state of emergency, freed political prisoners, and announced plans to sell shares in state-owned firms to promote growth and create jobs.

Mr. Abiy acknowledges that many prisoners suffered abuses, which he has denounced as acts of “state terrorism.” He has not, however, announced plans to investigate abuses committed by the security forces or set up a process for victims to seek redress. But he has preached forgiveness.

“I call on us all to forgive each other from our hearts. To close the chapters from yesterday, and to forge ahead to the next bright future through national consensus,” Abiy said in his inaugural address.

Rights groups that have documented the torture – from psychological torment to the use of water and ceiling hooks – say there must now be a greater focus on justice.

“Despite all the reforms, there have yet to be any detailed commitments regarding investigations into abuses or justice for victims,” said Maria Burnett of Human Rights Watch.
Since late 2015, when protests against ethnic marginalization and inequality began, tens of thousands of people were detained, according to Human Rights Watch. The attorney general’s office and government spokesman Ahmed Shide did not respond to calls and messages requesting comment.

Those who spent years imprisoned and were recently released say they are cautiously hopeful.

“I never expected such changes were possible as long as the EPRDF [ruling coalition] remained in power. But even now we don’t know what will come of all this,” said Keyfalew Tefera, who says his legs were amputated in a prison hospital after security forces shot him in 2006 when he was passing by a student protest.

Mr. Keyfalew, who studied plant science before he was detained, says his suffering should not be forgotten.

“I’m still a prisoner. I left half my body in there, I have no legs,” he said, in an interview in a friend’s living room. His mother and father died during his 12 years in prison. “I don’t consider myself free.”

Another former prisoner, Mesfin Etana, spent 16 years behind bars for alleged membership in the Oromo Liberation Front, a group removed from the government’s banned list of “terrorist” groups in June.

No evidence against him was produced by authorities, he said, but after six years in prison, a court gave him a life sentence. He told Reuters that he was repeatedly stripped naked and sexually humiliated by warders during a five-month stint at Maekelawi, a detention center shut down after Abiy took office.

He cannot afford treatment for health problems that are mainly related to torture. It is not only physical injuries he is confronting. Before Mr. Mesfin’s arrest in 2002, he was a trader and shop owner and was preparing to marry his fiancée Zinash.

He was released on July 4. One of the first things he did was call Zinash, to find she had married another man at her family’s insistence.

“It was very sad,” he said of their conversation.

He was happy to be alive, but without earnings from his business, his family had fallen into poverty.

“We don’t want revenge, but we need help,” he said. “We would be happy if the government returned what we used to have,” he said, adding that he felt justice was important to prevent the country from “going backward.”

Due process for victims will require overhauling the institutions that failed Ethiopians in the past, some argue.

“A lot of work needs to be done because the judiciary has been disgraced,” said lawyer Wondimu Ebsa, who represented hundreds of prisoners and opposition leaders in trials he decried as a mockery of justice.

Many of his clients have been freed but they are struggling.

“They don’t have money for food, they can’t get work,” he said. “So many of them are living in worse conditions than they were in prison.”

Ethiopia’s constitution requires the state to compensate torture victims, he said, because the government failed to protect them from harm. Concerns that past crimes may be papered over were raised by an encounter in Zimbabwe earlier this month that went viral on social media.

Former Prime Minister Hailemariam Desalegn, who resigned in February and was in Harare, Zimbabwe, observing elections, met Ethiopia’s exiled former Marxist dictator, Mengistu Haile Mariam. During Mengistu’s 17 years in power, millions of Ethiopians died of famine amid “Red Terror” purges. In 2007, he was sentenced in absentia to life in prison, but Zimbabwe declined to extradite him.