It is unlike any other city in the developing world – brilliantly planned with hardly any slums. As the cold war with Ethiopia finally ends, Asmara can at last look to the future 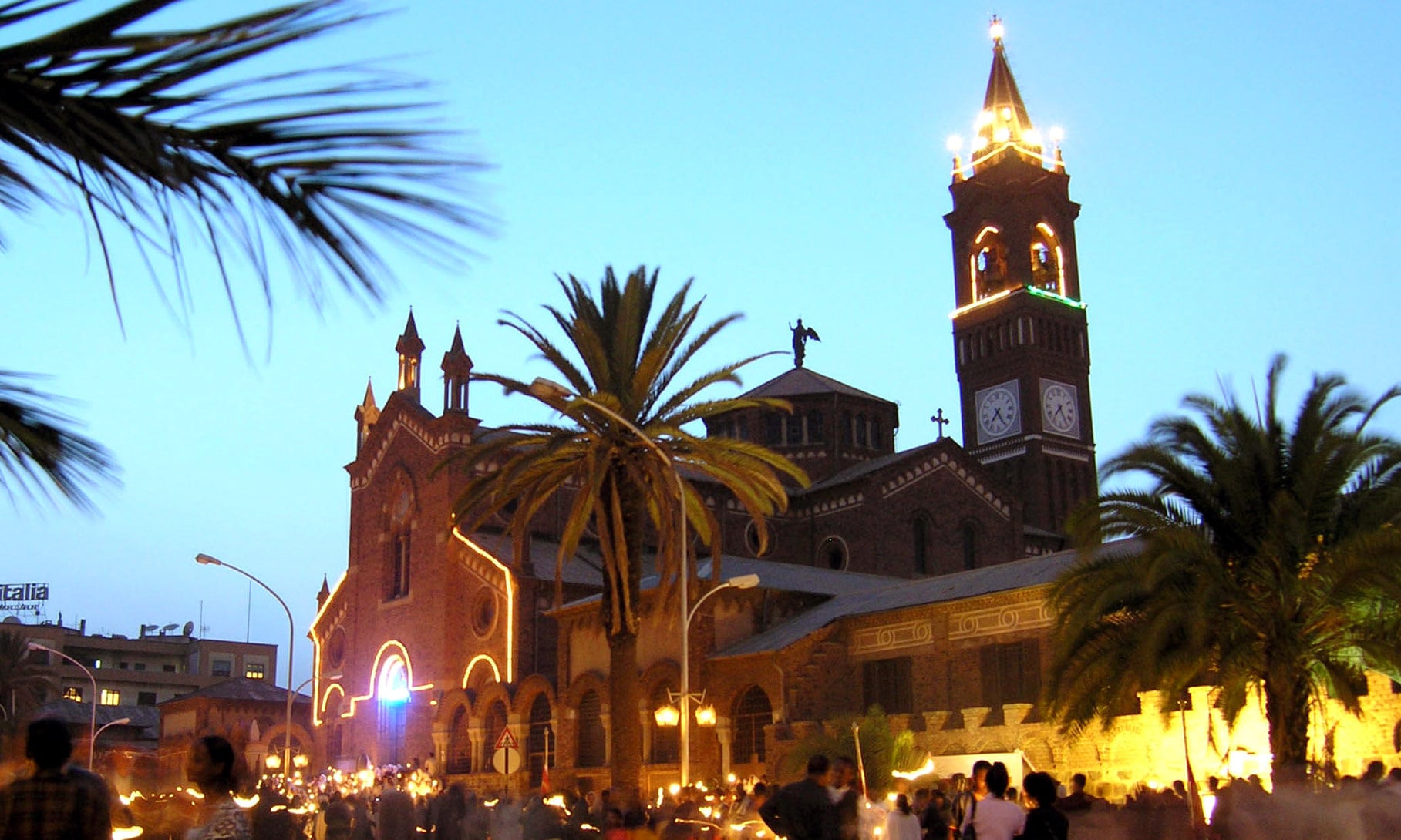 ‘It’s a living city , we can’t keep it as a museum’ … Asmara’s Catholic Cathedral. Photograph: Reuters

Nakfa House, a mammoth building by Asmara’s standards, is a remnant of the last era of real optimism in Eritrea. Built in 1995, four years after the country broke away from neighbouring Ethiopia – the jubilant culmination of a 30-year struggle for liberation – Nakfa was intended to symbolise a country heady with ambition, and, in Asmara, a capital city racing to to be the Singapore of Africa.

“Asmara is special not only because of the buildings. It’s also about the urban planning
Dawit Abraha, Asmara Heritage Project

It was also a mistake. At eight stories high Nakfa blocks the view southwards from the historic city centre along Sematat Avenue. Even more offensively, it looms over the Fiat Tagliero service station, an aeronautic icon of Italian-era futurism built in 1938, and perhaps the city’s most beguiling building. Nakfa, just across the road, seems to be “trying to block the Fiat from flying”, complains Dawit Abraha, assistant project coordinator of the Asmara Heritage Project. This ungainly high-rise – one of several built in the period – swiftly became a lesson in the dangers of misguided development, galvanising a nascent movement to preserve the city’s architectural heritage, which led to Asmara being listed as a Unesco world heritage site in July last year. 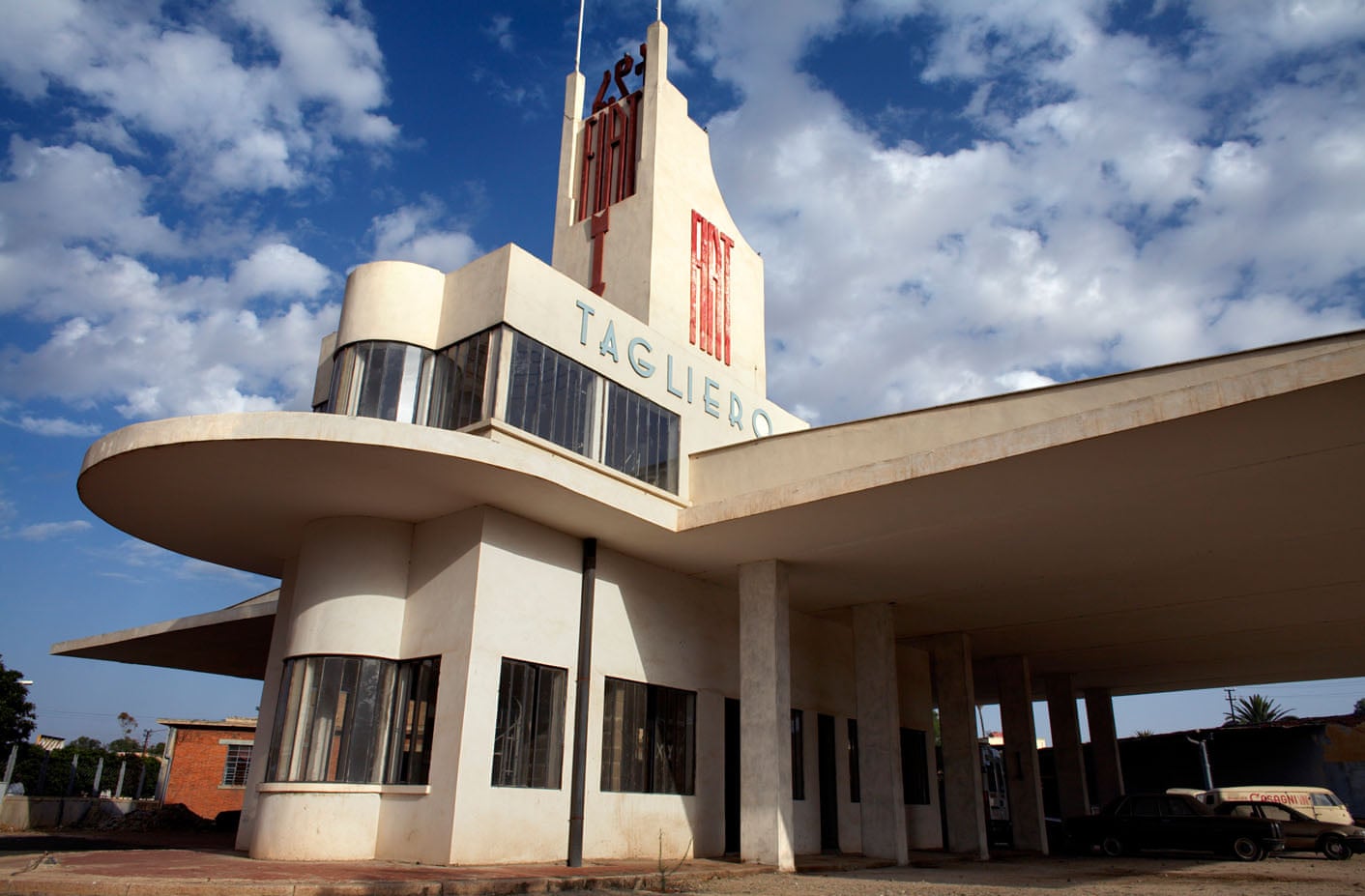 Asmara is unlike any other city. Three years after Nakfa was unveiled, Eritrea entered a bloody border war with Ethiopia, which killed tens of thousands and brought the country’s development to a standstill for two decades. Eritrea became a military state and Asmara’s mini-boom came to an abrupt halt as the country entered an era of isolationism and the city’s youth were conscripted to the front (many have yet to return). Thousands of young people still flee the country each year, though in July and August many wealthy Eritreans from overseas visit to see family and enjoy Asmara’s tree-lined avenues, art-deco cinemas and picturesque public Squares. 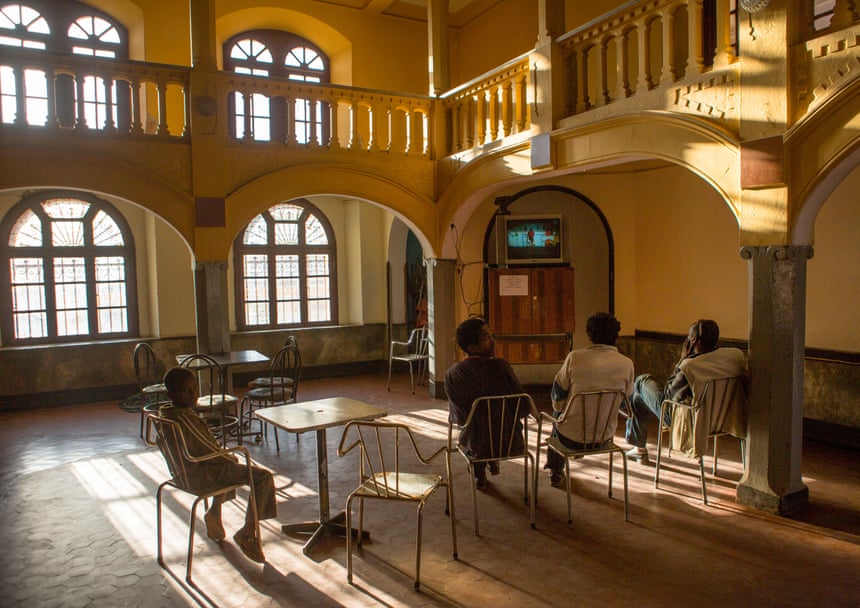 Almost nothing has been built since the turn of the millennium. Years of economic slowdown reveal themselves in worn-out facades, shuttered restaurants and half-empty corner shops. A town planning committee established in 1998 predicted that by 2015 the population of greater Asmara would be about 600,000, but current estimates suggest the number of permanent residents may be only half this. “It’s like a ghost city,” says Matsula T Kifle, a local music producer and veteran of the liberation war.

But now Asmara is facing the future once again. On 8 July the cold war with Ethiopia finally ended, as Ethiopia’s new prime minister, Abiy Ahmed, and Eritrea’s longstanding autocrat, Isaias Afwerki, embraced and made peace. This has unleashed a rush of renewed optimism in Eritrea and raised hopes of an economic revival.
UN sanctions imposed in 2009 might be lifted this year, which could lead to more investment from abroad. Indefinite conscription, which started in 2002, is now expected to be limited. Strict economic controls – such as a total ban on private construction firms – might be loosened in the absence of justification for a fully fledged war economy. “It’s like a second independence,” says Thomas Tedros, a resident of the city who has been a non-military conscript for 15 years.

Peace offers Asmara the chance to develop. Power and water systems need to be totally overhauled; the latter is so unreliable that even top hotels have an erratic supply. The housing stock is inadequate: homes for private rental can cost around $250 a month in a place where average salaries, according to locals, are between $30 and $80. The city should be popular with tourists but its potential has so far been squandered. “Asmara is a jewel of architectural and historical buildings and we do not want this to be wasted,” says Tedros, who trained as an engineer before being conscripted. “We want the city to be renovated.” 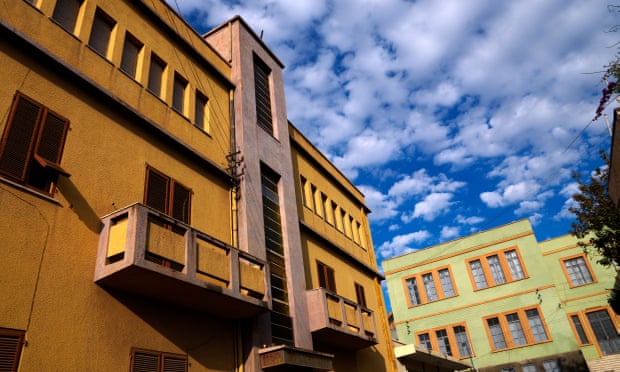 Asmara’s housing stock is inadequate: homes for private rental can cost around $250 a month, while average salaries are between $30 and $80. Photograph: Alamy

Asmara is uniquely blessed in some respects: 90% of its historic buildings remain intact, having escaped natural disasters and the worst ravages of war. Unlike most cities in Africa, it has an original masterplan, which was rigorously adhered to after being drawn up by the Italian colonists in 1938. “Asmara is special not only because of the buildings,” explains Abraha. “It’s also about the urban planning.”

By the late 1930s it was the continent’s most modern city, boasting more traffic lights than Rome, as well as a multistorey car park. Today, unlike Addis Ababa, capital of neighbouring Ethiopia, Asmara has a complete and reasonably functional drainage system. Unlike almost any other city in the developing world, it has very few slums. According to Medhanie Teklemariam, the city’s director of urban planning, 80% of all buildings are fully documented, even in the slum-like district of Abba Shawl, the former “native quarter” under the Italian administration.

The challenge for the future – should former conscripts arrive in the city, investment pick up and more of Eritrea’s large diaspora begin to return home – is to avoid the mistakes of the 1990s. These were not just confined to unsightly buildings compromising the integrity of the city’s original design. The city was also allowed to sprawl, abetted by a policy of selling off land on the edge of city to the diaspora as a way of generating hard currency. According to Gabriel Tzeggai, an Eritrean urban planner, the city doubled its physical size in the 10 years after independence, but without substantially addressing the basic needs of its residents. 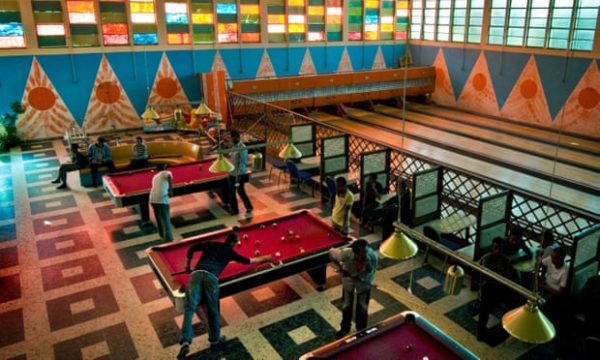 Bowling club. By the late 1930s, Asmara was the continent’s most modern city. Photograph: Alamy 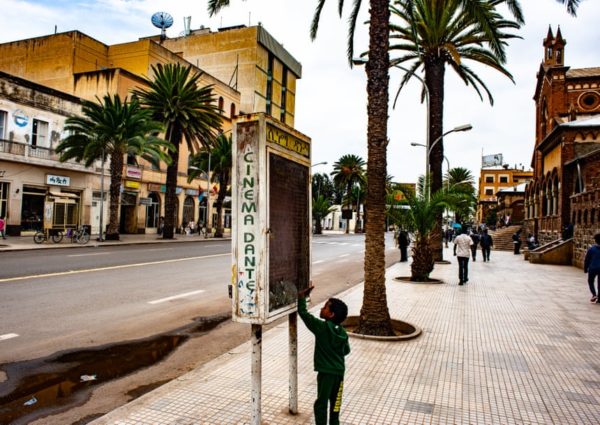 Edward Denison, associate professor at the Bartlett School of Architecture, University College London, and co-author of Asmara: Africa’s Secret Modernist City, worries that similar mistakes could be made again unless there is strong regulatory oversight. Eritrea still has a dearth of urban planners and architects, on top of a perennial shortage of municipal resources. “If there’s a free rein on development because of people’s expectations, it would be a disaster,” he says.

Can Asmara become a modern city without losing its charm? Efforts are under way to make this happen. The city now has strict heritage laws and the first revisions to its building code since 1938. A new masterplan has been designed, which will allow for development in the city centre – making use of the many empty plots and old factory spaces – but under tough guidelines. High-rises will be permitted in districts outside the historic centre. A ringroad is being built so that heavy trucks are kept out. Some hope that one day there will be a light-rail system, as in Addis Ababa.