The recent pressure on civil society and independent media in Kenya is not only a significant threat to democracy in a geopolitically important country, but also the predictable outcome of the international community’s failure to punish earlier, comparable state-driven repression in Ethiopia, another African nation that is viewed in Western capitals as a strategic partner.

There is nothing terribly surprising about the attempt by newly elected Kenyan president Uhuru Kenyatta to create a more hostile environment for advocates of democracy and human rights. He had telegraphed his intention in the run-up to the March 2013 presidential vote, all but vowing retribution against such activists because of their support for the International Criminal Court’s indictment of those—including Kenyatta and his now vice president, William Ruto—accused of directing ethnic and political violence following the 2007 presidential election, which left more than 1,200 Kenyans dead and some 600,000 displaced. Many victims remain quartered in internally displaced persons (IDP) camps, too fearful to return to their home communities. 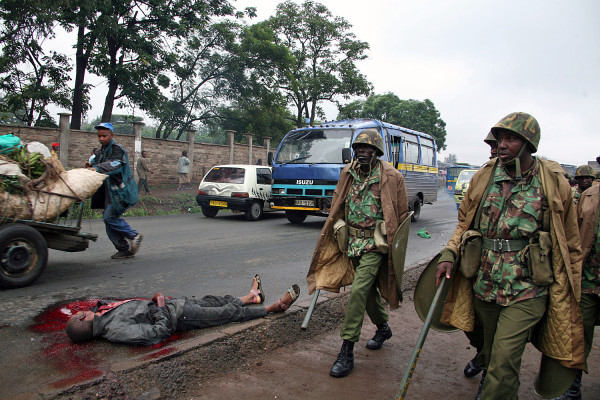 When the retribution came, it followed a sadly well-worn script developed by authoritarian states, which are more inclined and better equipped than ever to export “worst practices” when it comes to repressing civil society and silencing dissent.

The new administration first attempted to close the space for independent political activity by proposing an amendment to the Public Benefit Organizations Act that would severely restrict Kenyan groups from receiving funding from international sources. This would have been akin to a death sentence for local democracy and human rights organizations, which face major obstacles in securing contributions domestically. The amendment would also have established a regulatory authority with wide-reaching powers to block registration. The executive branch would have had considerable influence over the proposed body, increasing the likelihood of politicized decisions.

Fortunately, a combination of diplomatic pressure from donor governments and stepped-up advocacy efforts by leading nongovernmental organizations (NGOs) convinced the Kenyatta administration to back down—at least temporarily. But this reversal did not deter the president from moving swiftly to enact a new media law designed to muzzle what has been a vibrant, if not always terribly professional, press corps. The Kenya Information and Communication (Amendment) Act, signed into law last month [January 2014], empowers the executive branch to appoint the leadership of the Communications Authority of Kenya as well as the board of the Communications and Multimedia Appeals Tribunal. It also allows the Communications Authority to set limits on the percentage of foreign content in the media. Finally, the new law imposes debilitating fines of Ksh 20 million (over $200,000) on media houses and Ksh 500,000 (over $5,500) on individual journalists for violations of a code of conduct created by legislators.

Last September’s deadly terrorist assault on a Nairobi shopping mall has raised the possibility of another common repressive tactic: antiterrorism legislation with such vaguely defined offenses that it can be used to crush political opposition and imprison civil society activists at the government’s discretion. No new law of this kind has been enacted in Kenya to date, but it would fit a pattern established by leading authoritarian states around the world.

The broader phenomenon illustrated by Kenyatta’s actions is not just a matter of coincidence or independent imitation. Whether they are selling sophisticated technology to track down dissidents online or sharing legislative approaches that provide a patina of legitimacy for their crackdowns on political opponents, repressive governments are actively working together to push back against nonviolent movements for democratic change. Indeed, such authoritarian solidarity has arguably outpaced collaboration among the world’s democratic states, which are often feckless in mobilizing to defend their own values and assist likeminded activists under duress.

In East Africa, evidence of authoritarian contagion is growing. The governments of Uganda, once seen as a great hope for democracy, and South Sudan, the world’s youngest country and a recipient of hundreds of millions of dollars in foreign assistance, are contemplating restrictive legislation targeting NGOs. 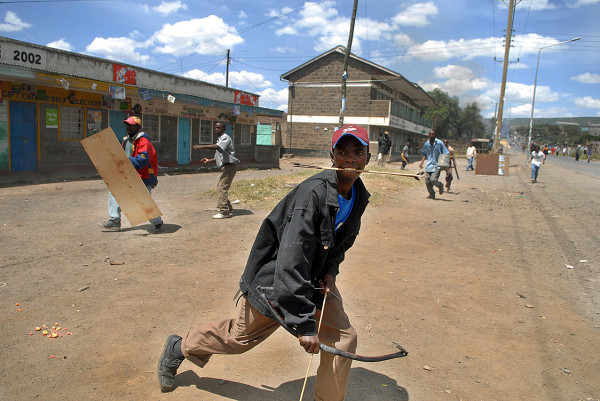 However, the true regional pioneer of this approach has been Ethiopia. Under longtime Prime Minister Meles Zenawi, who died in 2012, the Ethiopian government issued laws on NGOs, the media, and terrorism that have collectively devastated the country’s political opposition and civil society. The most prominent democracy and human rights groups have been forced to abandon or radically scale back their work, and many of the leading activists have fled into exile.

Other leaders in East Africa and beyond no doubt observed with interest as the international community failed to mount any serious challenge to the Ethiopian government’s repressive actions. Donor countries declined to use their extensive development aid as leverage. Instead they meekly promised to monitor how the new laws were implemented. Whether out of consideration for Ethiopia’s role in combating terrorism in Somalia or fear that the country would turn to China as an alternative patron, the world’s wealthy democracies declined to challenge the Meles regime even after its legislation’s ruinous effects became apparent.

The citizens of Kenya, particularly those who opposed Kenyatta’s presidential candidacy or documented his role in fueling past ethnic violence, may now be paying the price for the international community’s hesitation to act on Ethiopia. It is certainly possible that Kenyatta—facing an international indictment—would have taken the same steps in the absence of a successful model for repression in the region. But his political allies might well have deserted him if they had reason to believe that Kenya would pay some meaningful price for antidemocratic initiatives.

One hopes that the United States and other democratic donor governments will draw their own lessons from these experiences, finally recognizing that the prioritization of security and macroeconomic concerns over democratic performance is a self-defeating strategy. In the long run, repressive states are less stable, less prosperous, and less friendly to democratic partners than open societies, and the spread of authoritarian practices can only damage the interests of Washington and its allies.

Dr. Herman is vice president for regional programs at Freedom House, where he oversees a range of programs in the Middle East, Africa, Latin America, Eurasia and Asia.  He has more than twenty-five years of experience in democracy promotion and human rights. Before joining Freedom House he was Senior Technical Director for Democracy and Governance at Management Systems International.