South Africa’s government will challenge a high court ruling that found the state erred in letting Sudan’s President Omar Hassan al-Bashir leave the country despite a court order barring him from doing so. 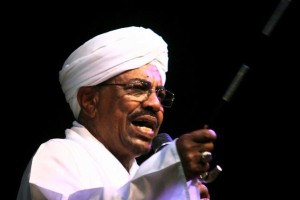 Sudan’s President Omar Hassan al-Bashir speaks to the crowd after a swearing-in ceremony at green square in Khartoum, June 2, 2015. REUTERS/Stringer

Bashir, who was in South Africa for an African Union summit, was allowed to go even though a Pretoria court had issued an order banning him from leaving until the end of a hearing on whether he should be detained under a global arrest warrant. The court later said he should have been arrested to face genocide charges at the International Criminal Court (ICC).

“We’ve studied … the final judgment that was presented last week and we have decided that government is going to appeal,” government spokeswoman Phumla Williams said. “We will be submitting our appeal affidavit within the prescribed 14 days and that’s where all the reasons will come out.”

High Court Judge Dustan Mlambo last week asked prosecutors to consider charging the government for allowing Bashir to fly out in defiance of the Pretoria court order. The ICC has issued a warrant for Bashir on charges of masterminding genocide in Sudan’s Darfur region. But South Africa cited legal complexities and the need to balance its obligations to the African Union, among others, and let him go.

Bashir, who denies the global court’s charges, had traveled to South Africa for an African Union summit. Pretoria has said it will review its membership of the ICC, which African states have accused of bias against the continent.