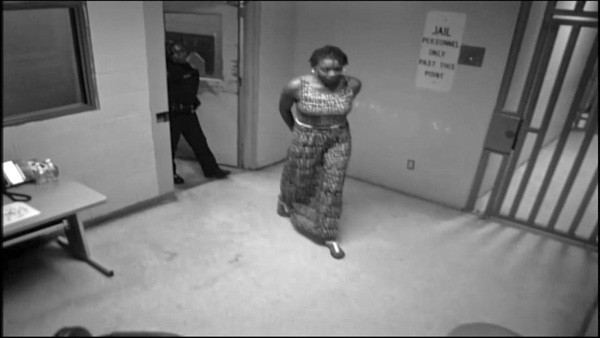 “Good morning, my beautiful kings and queens!” This is how Sandra Bland often began the more than two dozen videos she made before she was found hanged in a Texas jail on July 13. For months she posted the videos on Facebook and tagged them #SandySpeaks.

I “met” Bland the day her death went viral on social media. I was immediately drawn to her Facebook page because I knew something about Hempstead, the town where she was falsely arrested and then died. I’d been researching hundreds of pre-World War II interviews with elderly black Texans who had been slaves. Most of the interviews were conducted for the federal government and are accessible online through the Library of Congress.

The former slaves told of black men whipped and shot for refusing to work overtime in Jim Crow cotton fields and of a mother murdered after rejecting a white man’s demand that she send her seven-year-old son to work. Even religion was regulated. An old woman explained that whites in Hempstead would not let blacks meet in church after 10 p.m.

And there were the lynchings: from the 1870s to 1950, Waller County, of which Hempstead is the largest city, had one of the highest rates in Texas.

“Sandra Bland’s ‘crime’ was acting as she wanted you, me, and everyone to act: nobly.

So as Bland’s story spread, along with suspicions that she had been hanged by Texas police and officials, I seriously considered that the conspiracy theory might be true. Yet much of what we see on Facebook reinforces other evidence to suggest that she took her own life. Watching the videos reveals how sweet and strong Bland was, but her fragility, too, shows through.

She was generous, especially about racial healing. When she said, “Good morning, my kings and queens,” she made it clear that she wanted black people to ascend the throne of their humanity—yet she sincerely wished “kingdom” and “queendom” on white people, too. “My white people,” she called that demographic of her Facebook audience. “My videos are for everybody.” She meant it. Having grown up in the Chicago suburb Villa Park, where less than five percent of the population is black and where she was the only black member of her school cheerleading team, Bland had an ecumenical sensibility.

But she was firm in demanding that her white people understand what they and their ancestors have done to her race, how they have used and abused black people. “Without black people there would be no America,” she said. “Without us there is no you.” She had lessons for all. She went to a Starbucks in Naperville, near her home outside Chicago, with a sign addressed to blacks: “All White People are Not Against You.” Deeply religious, she told her subscribers of color, “The ultimate test in this life that God has placed on us: being able to deal with being black. Being able to show love to somebody who can hate you for no . . . reason . . . . It’s a hard job.”

Early this year she became concerned that an all-star team of black Little League boys in Chicago, Jackie Robinson West, had been stripped of their U.S. title after it was discovered that some players lived outside the team’s district. Bland went to a mall with petitions demanding that the title be returned in honor of the children. A security guard told her to leave. She cited her rights and refused, even when the guard threatened to call police.

But she was off on her own as an activist, on the spiritual radar of the Black Lives Matter movement but probably lacking organizational ties. She worked solo on the Jackie Robinson Little League petitions, and she remarked in her video that almost no black people signed them. This would not bode well when she needed supporters to get her out of jail.

There can be little doubt that Bland was emotionally troubled. In one video she apologized for not posting for days. She was suffering from depression, she said, and added that the black community tends not to recognize it as a problem. Public health research backs her up: fewer blacks seek treatment compared to Latinos and whites, and fewer are diagnosed. Bland apparently did not discuss her depression with her family. She talked to her Facebook audience, though. “It’s OK,” she assured them, if they suffered too.

In the days after her death, further evidence of Bland’s history of depression emerged. She had told jail intake personnel about a past suicide attempt. Her autopsy revealed no evidence of brain injury or a struggle with guards, but it did show that in the few weeks before her death, she had cut her forearm many times. A woman in the cell next to hers, Alexandria Pyle, told a Houston television station that Bland sobbed inconsolably the day before she died. She couldn’t take being locked up, Pyle said, couldn’t deal with the fact that a friend had said he would bail her out quickly and then never showed up, never answered his phone.

Pyle shared a cell with others. She said they survived by joking and laughing and encouraging each other, and she wondered why Sandra Bland was locked up by herself.

She was right to wonder. Bland was assigned to de facto solitary confinement because she was, according to the security classification she was assigned during booking, “assaultive.” Even for the sturdiest, solitary is a form of torture. For Bland it was a death sentence.

There are many such death sentences nowadays, in and out of solitary confinement. The Bureau of Justice Statistics reports that incidence of jailhouse suicide has risen over the past three years. It is especially common in the first few days of incarceration and in small-town jails.

But to simply call Bland’s death suicide ignores the legacy of crushing, everyday racism in East Texas and in this country at large. Bland was killed by racism in Hempstead and by a younger evil: the prison-industrial complex. Her “crime” was being a strong, black woman in East Texas and acting as she wanted you, me, and everyone to act: nobly. She knew her rights and calmly requested that they be honored. We don’t need conspiracy theories to be outraged by her death. Forget that insulting photo distributed by the hacker collective Anonymous, which purported to show Bland dead before she was booked. It was obviously, and obscenely, photoshopped.

The movement for redress should be a cause célèbre. After all, as Bland told us in her videos, “It’s time, y’all, it’s time. This telephone, this camera is powerful. I’m here to change history. . . . I need y’all’s help. I need you.” Watching the footage these past few weeks, I have felt like one of her queens, and I wish we could all experience the royalty she offered us. We might do that—and work against racism and the injustice of her death—but not by insisting on tall tales. We need to really listen to what she was saying.