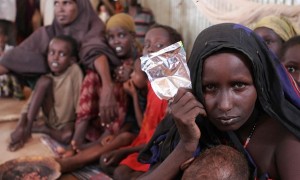 The head of the US Agency for International Development has announced $97m in emergency assistance to Ethiopia to combat the devastating effects of a drought brought on by the El Niño climate phenomenon.

The seasonal warming over the Pacific Ocean has caused a serious drought across eastern and southern Africa and particularly hard hit is Ethiopia – Africa’s second most populous country with 94 million people.

The announcement comes as the UN has issued an appeal for $1.4bn in humanitarian aid to get emergency food rations to some 11 million people affected by the drought.