Eritrean journalist Seyoum Tsehaye has been in jail since 2001. Angolan journalist Rafael Marques de Morais writes to him in solidarity.

Seyoum, my brother. I have been meaning to write to your president, Isaias Afwerki. He has kept you incarcerated for the past 14 and a half years, conferring upon you the unenviable record of the longest sentence served by any journalist in all of Africa, for exercising your right to media freedom.

In all those 14 years, the Eritrean regime has not allowed your family to visit or correspond with you. Your state of health and the conditions in which you are held are unknown. The Afwerki regime made you a ghost. It seems to have neither eyes nor ears for appeals on your behalf. 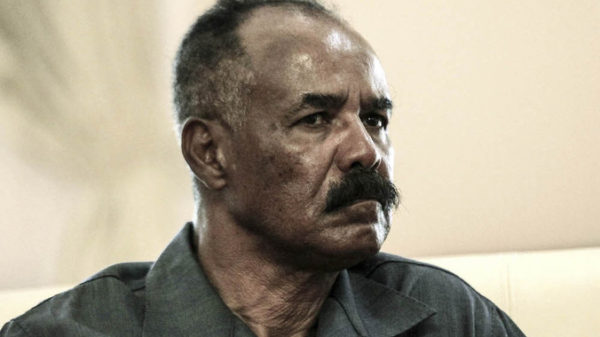 Recently, at an Amnesty International meeting, I spoke of the poor solidarity among Africans fighting for rights. Your niece, Vanessa Berhe, was in the audience. She challenged me to express my solidarity and join in the campaign for your freedom. Of course! I was ashamed that she had to ask.

Here in Africa, most of the time we are so bogged down by our own troubles that we hardly have the time to notice how much weaker we are for not standing together. Dictators are strengthened by banding together. Some might say that the African Union serves that purpose. That’s where Equatorial Guinea’s Teodoro Obiang Nguema Mbasogo (37 years in power), Zimbabwe’s Robert Mugabe (36 years), Uganda’s Yoweri Museveni (30 years) and other like-minded tyrants – such as my own president, José Eduardo dos Santos (37 years) – get together, under a veneer of legitimacy, to laugh at us, the people they oppress.

When Berhe asked me to share your story, I was in the midst of explaining that Dos Santos must be feeling some relief that the stooges who pass for judges in Angola’s criminal justice system had convicted my fellow journalist and writer Domingos da Cruz to eight and a half years in prison for adapting a book on nonviolent democratic change into a manual for nonviolent democratic change in Angola.

Domingos’s mother, Francisca, and his wife, Esperança, look up to me as his elder brother, in the hope that I can help. After all, on the day I was convicted, last year, he came to my house to stand with me in brotherhood.

Next time I saw him, he was in jail. I was allowed to see him to get a letter from him to appeal to his fellow inmate, Luaty Beirão, to end his 36-day hunger strike.

Then I realised how often I receive messages (some are media requests, others expressions of support) from Europe and the United States enquiring about the situation in Angola – but rarely a message from Africa. In pressing times, my friend Justin Pierce nags the South African press to pay some attention, but that is as far as it goes.

Then I asked myself: How many petitions have I have signed? How many actions have I joined on behalf of fellow Africans in trouble? And I find myself at fault. We have been neglectful of events in our own back yard.

As I write to you, I see the possibilities we have, the power we have, to coalesce into a force for the greater good across our continent. Our voices, our writing, our goodwill, our resilience and our intelligence, combined, can be a powerful force to defeat dictators and corrupt leaders.

Just like North Korea, Eritrea is ruled by a mysterious dictator who has isolated your country. My own country is blighted by an oil-rich tyrant who spreads largesse only to grease the palms of those who help to rally the international community to enable him.

Abroad, he plays the suave leader, but at home his people know the truth. He stands accused of plundering Angola’s oil wealth and bleeding the country dry. And then he snaps his fingers and the International Monetary Fund comes running to bail him out! Not Angola, not the Angolans. He should return the loot and leave us in peace once and for all.

This is the difference between our dictators, my brother. They may not be friends, but they stand in solidarity.

How much coverage does Africa give to the excesses of an Afwerki or a Dos Santos? This is where Africans need investigative journalists. We must investigate these guys and expose them publicly for what they truly are.

All too easily, they dismiss what the Western media says about them, but they would not so easily ignore a pan-African rallying cry. That could imperil the alliance of autocrats. It only takes goodwill and our mighty minds – brains wired to our laptops – to raise awareness across the continent about our struggles for freedom.

From a distance, I would like to believe, still, that Afwerki has a heart, and that he will let you rejoin your family soon. No matter how wrong or evil their previous actions, I believe that, with time, we can change the mind-set and have them heed our call.

So we must continue to plead with dictators to show some mercy. We do not need to rise up against them to defeat them – we can defeat them by freedom of expression and the power of solidarity.

Rafael Marques de Morais is an Angolan journalist and human rights activist who is currently under a suspended prison sentence for his work that exposed human rights abuses in the Angolan diamond industry.

Read more: [The tyrant and his prisoner: journalist Seyoum Tsehaye has been kept in jail since September 2001 by Eritrea’s president Isaias Afwerki. (www.onedayseyoum.com)]