The migration crisis has dominated headlines and confounded politicians, but still very little is known about Eritrea, a country from which an estimated 5,000 people are fleeing each month. 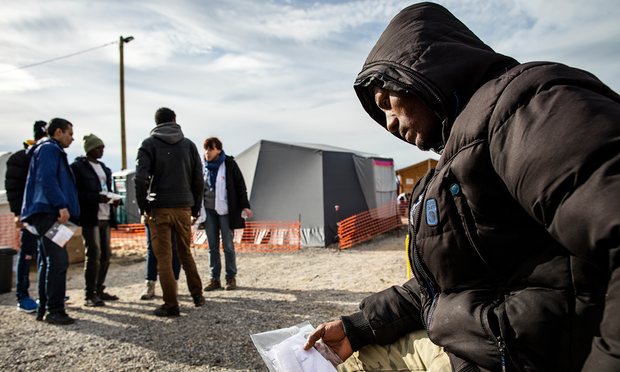 An Eritrean refugee waits for medical attention in ‘the Jungle’ camp in Calais. Photograph: David Levene for the Guardian

Despite unaccompanied children from Eritrea being the largest group to seek refuge in the UK, and despite Eritreans being one of the largest groups entering Europe in 2015 after Afghans and Syrians, even the well-informed ask, why? Why Eritrea? What’s happening there?

It’s a pertinent question, particularly since the EU has agreed to give ‎€200m in aid to the Eritrean government. But sounds like a solution is, campaigners say, just going to exacerbate the problem. Because it is the Eritrean government itself which is accused of gross human rights abuses, with reports of routine extra-judicial executions, torture and arbitrary detention.

Many Eritreans claim to have spent more than 20 years in slave-like, unpaid national service. Give aid to the Eritrean regime and campaigners say that instead of halting the exodus, it will only make it worse.

“It feels like the oppressors are getting a reward from the European Union for oppressing their own people,” says Meron Estefanos, the director of the Eritrean Initiative on Refugee Rights. “There is no accountability. It seems to me that the EU is very naive.”

For Martin Plaut, former Africa editor for the BBC, the issue isn’t naiveté. He says the plan shows just how split the EU is over migration. “You have two completely different forces,” he explains. “You have the European parliament, which is made up of people with their own individual views and concerns about their constituents. Then you have the commission, which is really answerable to a council of ministers. They have a completely different set of agendas.” When it comes to Eritrea, he argues, those different agendas breed serious policy problems.

When announcing the new programme on behalf of the European Union, European Commissioner for International Cooperation and Development, Neven Mimica, said “… We have agreed to promote activities with concrete results for the [Eritrean] population, such as the creation of job opportunities and the improvement of living conditions,” but claimed at the same time the EU would insist on “full respect of human rights”.

But many remain sceptical. Former MEP Baroness Glenys Kinnock, now chair of the All-Party Parliamentary Group on Eritrea, is robust in her criticism of the EU aid deal. “I’m horrified that, as Europeans, we’re offering any kind of support to President Isaias Afewerki,” she says.

“It will never reach the people and it will never improve their lives while he is there. It absolutely flies in the face of any claims we make as Europeans that we’re fighting for the rights and freedoms of the people of Eritrea.” 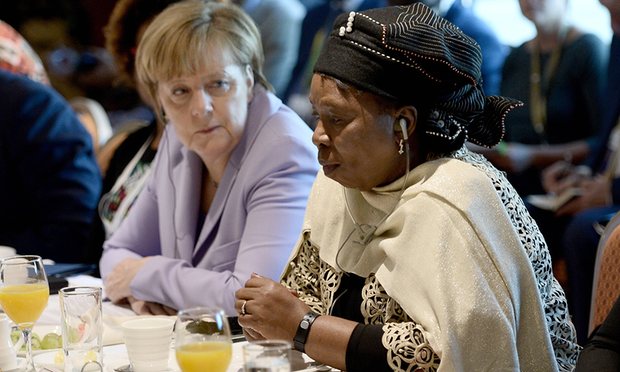 Abraham Zere, the director of PEN Eritrea in Exile who was forced to flee in 2011, says that many refugees living in the diaspora agree that the aid funding will do little more than prolong the life of dictatorship.

“The minimum services like electricity, water supply and food are lacking [there],” he explains. “Not because of lack of resources – but mainly through an utterly failed administration. Aid will not help the destitute population.”

This isn’t the first time that EU aid and development spending has been seen as controversial. Funding for Sudan – announced at the same time as the Eritrea grant – was deemed “almost satire” by Ahmed Adam from the Institute for African Development at Cornell University , for essentially rewarding a migrant-producing regime while claiming to help stem the flow. .

Similarly, after 12 years of sanctions the EU is once again giving development support to Zimbabwe, while last month the EU suspended direct funding for the government of Burundi after they were judged to have not done enough to stop the current conflict.

The MEP and chair of the Committee on Development, Linda McAvan, is also sceptical about the aid plan, but emphasises that no money has yet changed hands.

“We’ve made it clear that we are very sceptical, as a European Parliament, about funding the Eritrean government in any way. There has been talk of them getting rid of their national service, which isn’t a national service – it’s a lifetime conscription by the government – but it hasn’t happened,” she says.

Although many MEPs in the European parliament have strongly objected to the plan, they don’t have the power to block the proposed payments completely.

Kinnock, who is trying to raise a debate in the House of Lords on the subject, also points to the “clearly untenable and unreasonable” policy on Eritrean refugees. 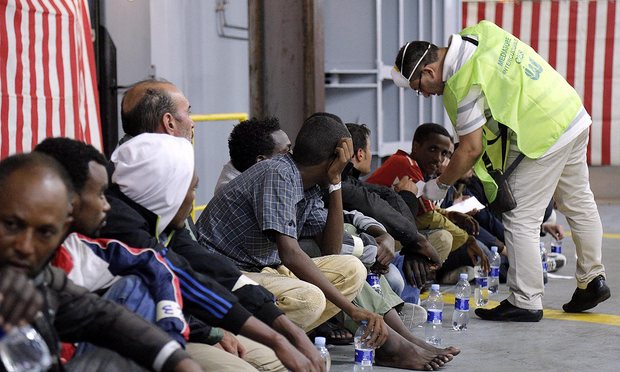 A doctor checks migrants aboard the Mare Nostrum after being rescued 25 miles off Italy. Photograph: Giuseppe Lami/EPA

Under the new EU migration deal, Eritreans – and other non-Syrians – reaching Greece are to be sent back to Turkey where the government have begun negotiations to readmit refugees and migrants with a host of countries, including Eritrea.

The UK government has also changed the country code guidance for Eritrea, so that while in the past 95% of Eritreans had their asylum applications accepted, it’s now down to 28%.

“As I’ve said before, [the EU migration deal] is life-threatening to them. They can’t go back,” says Kinnock. “I know families who have used every resource they’ve got to pay smugglers to take their children across the border into Sudan or Ethiopia, even though the government have a shoot to kill policy on those borders; they deserve our support, not increasing the threats to them.”

As warmer weather approaches, the Mediterranean migration route is expected to become more popular again – putting Eritreans and many others are increased risk as they try to reach Europe.

“I was speaking to UNHCR yesterday asking if there was any diminution in the 4,000-5,000 people fleeing Eritrea every month and they said no,” says Plaut.

Daniel Mekonnen, a prominent Eritrean human rights lawyer living in Geneva, warns that a time of increased urgency, the aid deal could severely discredit the EU. “By dealing with such a regime, in a strangely non-transparent and non-accountable manner, the EU risks the danger of portrayal as complicit in the perpetration of gross human rights violations, including a possible situation of crimes against humanity, as concluded in June 2015 by a UN commission of inquiry.”

The Eritrean regime, argues Mekonnen, is not going to change because of EU funding. “I liken the [government] with a habitual offender, a serial killer, or offender of the worst type, who has zero chance of rehabilitating,” he says.