Newly published diaries of the first KGB chief state that the Swedish diplomat was liquidated on Stalin’s orders in a Soviet prison in 1947. 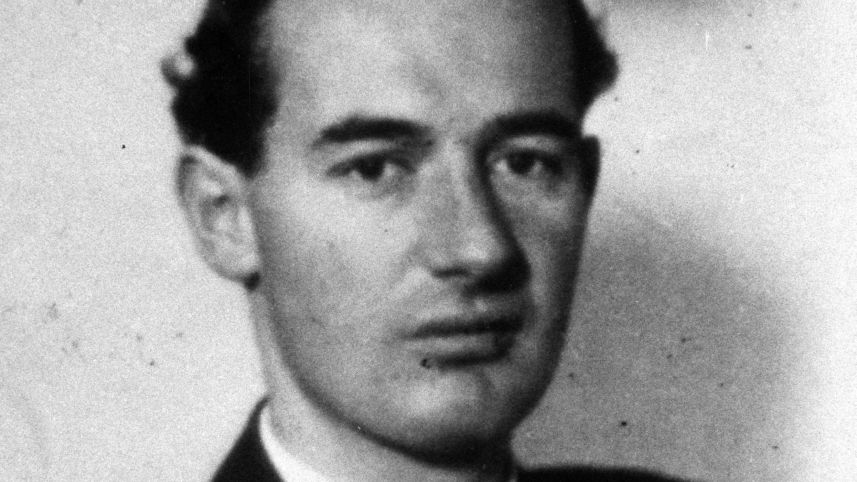 The mystery surrounding the disappearance and death of Raoul Wallenberg, the Swedish diplomat who saved tens of thousands of Hungarian Jews during the Holocaust, has returned to the headlines with the recent publication of Soviet general and first KGB head Ivan Serov’s diaries — which may provide a solution to the affair.

Behind the diaries’ publication is Vera Serova, the KGB chairman’s only grandchild. Four years ago, Serova, a retired ballet dancer, wanted to renovate her grandfather’s Moscow dacha, which she inherited. The workmen found the journals in suitcases hidden inside the garage wall; they were disappointed that the treasure turned out not to be money or jewels but only papers.

The book, “Notes From a Suitcase: Secret Diaries of the First KGB Chairman, Found Over 25 Years After His Death,” was published in Russia in June. “I have no doubts that Wallenberg was liquidated in 1947,” the ex-head of the former Russian secret police and intelligence agency writes in his diaries. Wallenberg was killed in a Soviet prison and Serov quotes his predecessor, Viktor Abakumov, as saying the order to kill Wallenberg came from the top: Joseph Stalin and then-foreign minister Vyacheslav Molotov.

What has been previously reported is that Wallenberg died in a Soviet prison in 1947. Now for the first time there is a record of a senior official with access to the relevant information saying he did not die a natural death, most likely from a heart attack or heart failure as the Soviet government had stated, but was murdered. And yet, it is still not clear why he was killed.

Wallenberg, a Swedish businessman born in 1912, was sent by the Swedish Foreign Ministry as its special envoy to Budapest in the summer of 1944 with the goal of saving the approximately 230,000 remaining Jews from the gas chambers. By then, the Nazis had already deported over 400,000 Jews, almost all of them to Auschwitz-Birkenau. To help the Jews survive, Wallenberg and fellow Swedish diplomat Per Anger issued thousands of “protective passports” identifying the owners as Swedish subjects and providing a certain amount of protection from deportation. They also rented 32 buildings in the city, which they declared Swedish diplomatic institutions and where they hid some 10,000 people. At a risk to his own life, Wallenberg himself rescued Jews from trains heading to the concentration camps.

After the Russians had liberated Hungary from the Germans in May 1945, he was arrested by the Soviet forces — most likely because he was suspected of being a spy, either for the Germans or the United States.

The Yad Vashem Holocaust Remembrance Center in Jerusalem declared him a “Righteous Among the Nations” in 1963.

In 1957, the Soviets said he had died in prison due to heart problems 10 years earlier. In 1991, after the fall of communism and the Soviet Union, a joint Swedish and Russian inquiry commission was established to look into the matter. However, their report, published in 2000, did not provide any new information, claiming that all documents relating to Wallenberg had either disappeared or been intentionally altered.

Serrov, who died of a heart attack in 1990 at age 84, wrote in his diaries that he had examined the Wallenberg file — the Soviets have always denied that such a file existed — and found evidence that Wallenberg’s body was cremated after his death, in the form of a document signed by two officials of the Lubyanka Prison in 1947 testifying to the cremation.

Abakumov, a general and the minister of state security at the time, was arrested in 1951 and executed for treason in 1954. It seems Abakumov presumably said during his interrogation, when Serov was KGB chairman, that Stalin and Molotov had ordered Wallenberg’s death.

An article about the new book published last week in The New York Times quoted Russian historian Nikita Petrov, an expert on the Stalinist era and also on Serov, as saying the word “killed” has never appeared in any official Soviet document concerning Wallenberg. “They did not use this word,” Petrov stated. “They said it appears he was killed, but we know nothing about this, we don’t have any documents. In Serov’s diary, you can find this word as a fact.”

The diaries were edited and condensed into a single 632-page volume, and its publication coincided with a small exhibition on Serov at the Russian Military-Historical Society. Serova told the Times that part of her goal was to restore her grandfather’s reputation.

Wallenberg’s niece, Marie Dupuy, published a response on her website, “Searching for Raoul Wallenberg.” She called on the Russian Federal Security Service archives “to present this documentation, which has not been made available to us during previous investigations of the Wallenberg case.” But she called into doubt the reliability of some of what Serov had written, saying the original diaries must be “thoroughly evaluated.”

“[Serov’s] notes include a number of factual errors which cast some doubt on the reliability of at least part of his recollections,” wrote Dupuy.