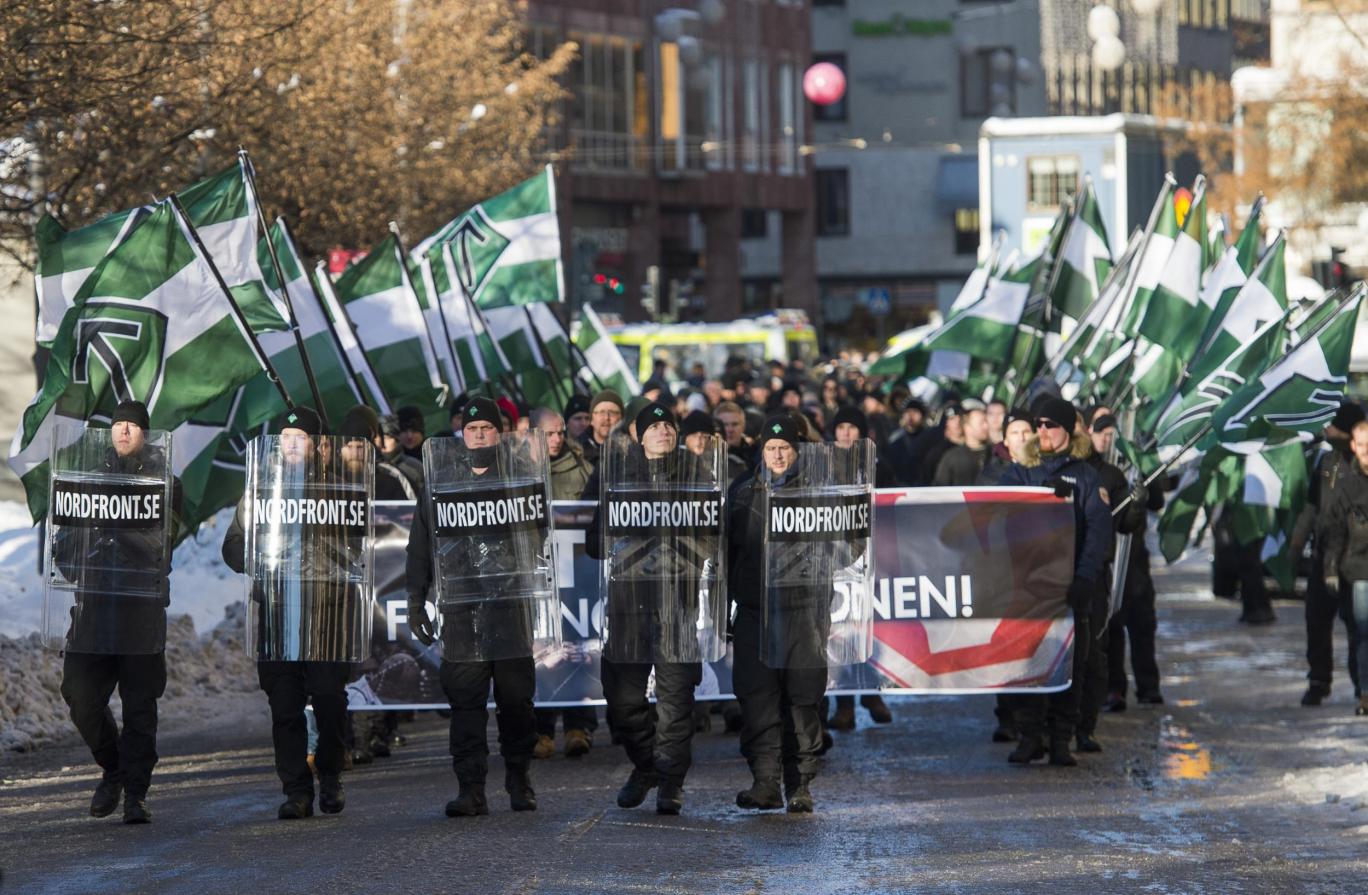 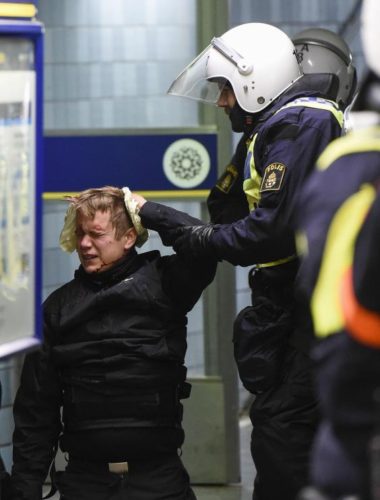 600 far-right demonstrators from Sweden’s Nordic Resistance Movement (NMR) marched towards Sweden’s parliament in the historic district of Gamla Stan, in the biggest march in the group’s history.

Five people were arrested and two were injured after violence broke out between the demonstrators and anti-fascist protest groups. A police spokesman said a number of people were held due to aggression and that approximately 50 had been suspended or removed from the march.

At least one police officer was injured during the clash and several people were taken away from the scene in ambulances. According to sources at the scene, the anti-racism protesters easily outnumbered the NMR marchers, and started pelting them with snowballs and fireworks.

“A lot of loose objects, including snow, ice, bangers and fireworks of various kinds have been thrown,” a police spokesman said. “I have not heard that anyone has been harmed, but it is possible that they have been.”

The NMR was set up in 1997 by former members of the White Aryan Resistance and employees of Folktribunen, a neo-National socialist magazine. The group, which promotes openly racist and anti-Semitic views and vocally opposes non-white immigration to the country, is considered the figurehead for Sweden’s white power movement.

According to sources at the scene, the NMR announced Donald Trump’s election was a sign that a “world revolution was beginning”.  Vera Oredsson, who was a member of the Hitler youth as a child growing up in Nazi Germany, was also said to have delivered a speech.

Reports also suggest the crowd chanted “hang them, hand them” when a speech was made about splitting up Bonnier, the Swedish media empire, owned by one of Sweden’s richest jewish families.

Norwegian neo-Nazis were also in attendance at the rally, who last month told a Scandinavian news channel they considered Adolf Hitler to be a role model and denied the holocaust ever happening.