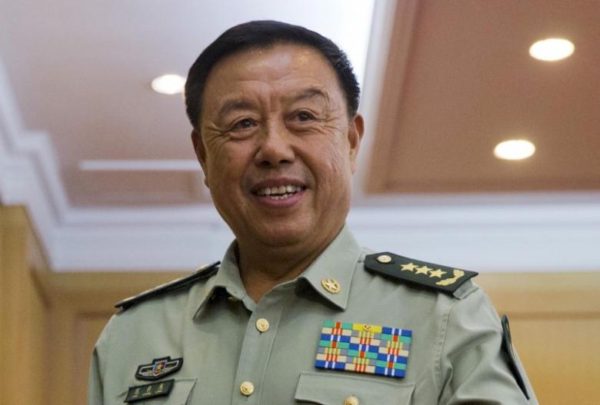 China will boost military ties with Djibouti, strategically located in the Horn of Africa, state media quoted a senior Chinese army officer as saying during a visit to a country where China is building its first overseas naval base.

In February, China began construction in Djibouti of its first overseas military facility, a logistics base that will resupply naval vessels taking part in peacekeeping and humanitarian missions.

Djibouti, which is about the size of Wales, is strategically located at the southern entrance to the Red Sea on the route to the Suez Canal. The tiny, barren nation sandwiched between Ethiopia, Eritrea and Somalia also hosts U.S., Japanese and French bases.

“The two sides have made frequent exchanges of visits, and achieved remarkable results in personnel training, naval escort and supplies, and participation in UN peacekeeping operations,” Xinhua paraphrased Fan as saying.

Fan said relations between the two militaries had been “developing smoothly in recent years”, Xinhua reported.

“China is willing to make joint efforts with Djibouti to continue to promote the healthy and stable development of relations between the militaries,” Fan said.

There was no direct mention of the Chinese military base, which China describes as a supply facility.

Djibouti’s location on the northwestern edge of the Indian Ocean has fueled worries in India that it would become another of China’s “string of pearls” of military alliances and assets ringing India, including Bangladesh, Myanmar and Sri Lanka.